Karen Jo Young wrote a letter to her local newspaper criticizing executives at the hospital where she worked as an activities coordinator, arguing that their actions led to staffing shortages and other patient safety problems.

Hours after her letter was published in September 2017, officials at Maine Coast Memorial Hospital in Ellsworth, Maine, fired her, citing a policy that no employee may give information to the news media without the direct involvement of the media office.

But a federal appellate court recently said Young’s firing violated the law and ordered that she be reinstated. The court’s decision could mean that hospitals and other employers will need to revise their policies barring workers from talking to the news media and posting on social media. 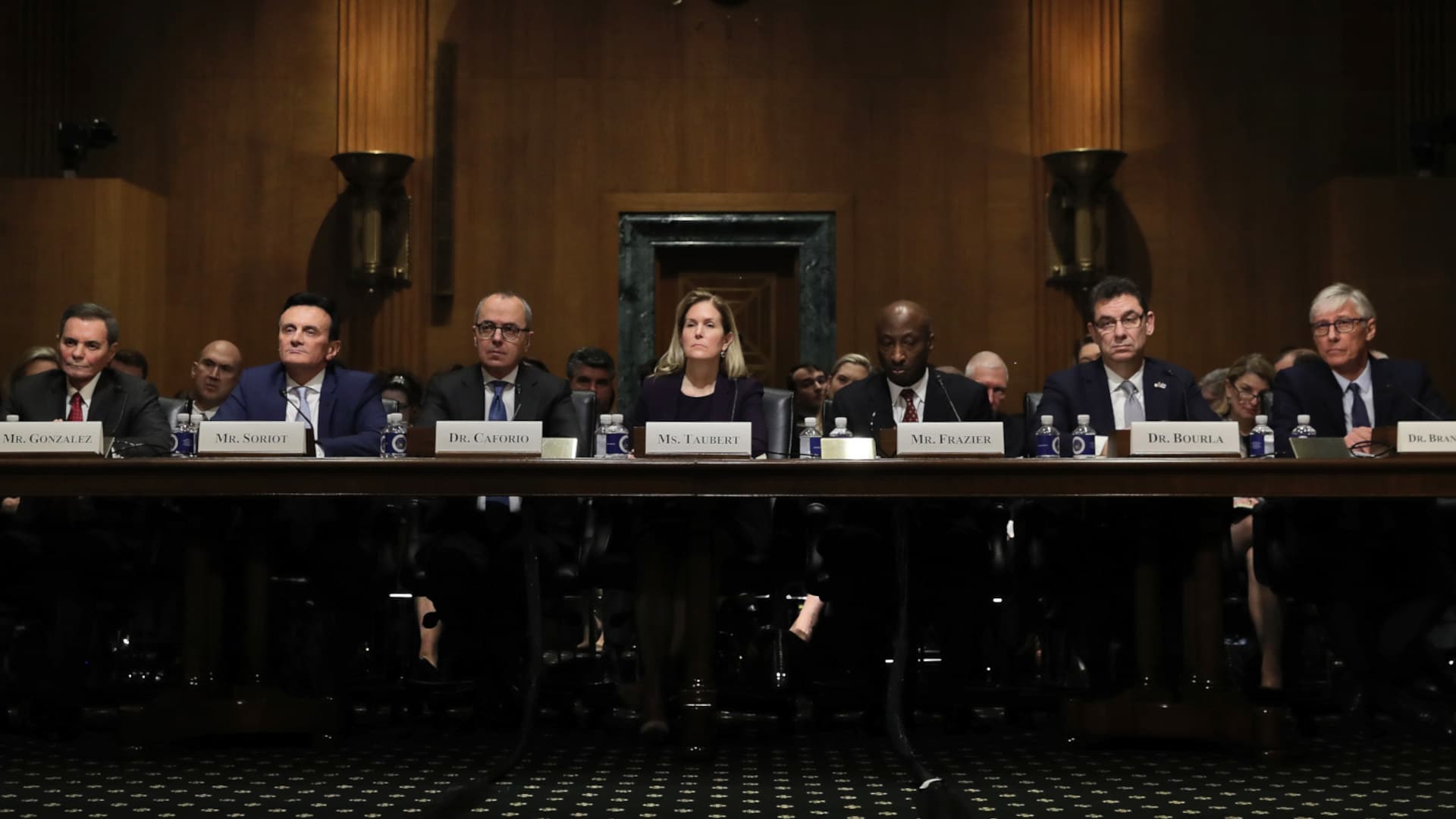 Fixing the Patent System May Rein in Drug Prices

Those media policies have been a bitter source of conflict at hospitals over the past year, as physicians, nurses, and other health care workers around the country have been fired or disciplined for publicly speaking or posting about what they saw as dangerously inadequate Covid-19 safety precautions. These fights also reflect growing tension between health care workers, including physicians, and the increasingly large, profit-oriented companies that employ them.

On May 26, the 1st U.S. Circuit Court of Appeals unanimously upheld a National Labor Relations Board decision issued last year that the hospital, now known as Northern Light Maine Coast Hospital, violated federal labor law by firing Young for engaging in protected “concerted activity.” The NLRB defines it as guaranteeing the right to act with co-workers to address work-related issues, such as circulating petitions for better hours or speaking up about safety issues. It also affirmed the board’s finding that the hospital’s media policy barring contact between employees and the media was illegal.

“It’s great news because I know all hospitals prefer we don’t speak with the media,” said Cokie Giles, president of the Maine State Nurses Association, a union. “We are careful about what we say and how we say it because we don’t want to bring the hammer down on us.”

The 1st Circuit opinion is noteworthy because it’s one of only a few such employee speech rulings under the National Labor Relations Act ever issued by a federal appellate court, and the first in nearly 20 years, said Frank LoMonte, a University of Florida law professor who heads the Brechner Center for Freedom of Information.

The 1st Circuit and NLRB rulings should force hospitals to “pull out their handbook and make sure it doesn’t gag employees from speaking,” he said. “If you are fired for violating a ‘don’t talk to the media’ policy, you should be able to get your job back.”

While the 1st Circuit’s opinion is binding only in four Northeastern states plus Puerto Rico, the NLRB decision carries the force of law nationwide. The case applies to both unionized and non-unionized employees, legal experts say.

In March, the NLRB similarly ordered automaker Tesla to revise its policy barring employees from speaking with the media without written permission.

“If you are fired for violating a ‘don’t talk to the media’ policy, you should be able to get your job back,” said LoMonte

Hospitals say requiring employees to go through their media office prevents the spread of inaccurate information that could damage the public’s confidence. In Young’s case, the hospital argued that her letter contained false and disparaging statements. But the 1st Circuit panel agreed with the NLRB that her letter was “not abusive” and that its only false statement was not her fault.

But the 1st Circuit panel made clear that an employer cannot bar an employee from engaging in “concerted actions” — such as outreach to the news media — “in furtherance of a group concern.” That’s true even if the employee acted on her own, as Young did in writing her letter. The key in her case was that she “acted in support of what had already been established as a group concern,” the court said.

“I think employers with a blanket ban on talking to the media need to relook at their policies,” said Eric Meyer, a partner at FisherBroyles in Philadelphia who often represents companies on employment law matters. “If you go to the media and say, ‘There are unsafe working conditions impacting me and my colleagues,’ that’s protected concerted activity.”

Chad Hansen, Young’s attorney in a separate federal lawsuit alleging discrimination based on a disability against the hospital, said she has not yet been reinstated to her job. Young would not comment.

The hospital’s parent company, Northern Light Health, said only that its news media policy — which was amended after Young’s firing — meets the NLRB and 1st Circuit requirements and will not be further changed. The new policy created an exception allowing employees to speak to the news media related to concerted activities protected by federal law.

Speech rights under the National Labor Relations Act are particularly important for employees of private companies. Although the Constitution protects people who work for public hospitals and other government employers with its guarantee of unrestricted speech, employees at private companies do not have a First Amendment right to speak publicly about workplace issues.

“I hope this case keeps alive the right of health care workers to speak out about something that’s dangerous,” said Dr. Ming Lin, an emergency physician who lost his job last year at PeaceHealth St. Joseph Medical Center in Bellingham, Washington, after publicly criticizing the hospital’s pandemic preparedness.

Lin, who was employed by TeamHealth, which provides emergency physician services at the hospital, lost his assignment at PeaceHealth in March 2020 soon after saying on social media and in interviews with news reporters that PeaceHealth was not taking urgent enough steps to protect staff members from Covid. He had worked at the hospital for 17 years.

In an April 2020 YouTube interview, PeaceHealth’s chief operating officer, Richard DeCarlo, said Lin was removed from the hospital’s ER schedule because he “continued to post misinformation, which was resulting in people being afraid and being scared to come to the hospital.” DeCarlo also alleged that Lin, who was out of town for part of the time he was posting, refused to communicate with his supervisors in Bellingham about the situation. PeaceHealth declined to comment for this article.

Employees at private companies do not have a First Amendment right to speak publicly about workplace issues.

Lin, who’s now working for the Indian Health Service in South Dakota, has sued PeaceHealth, TeamHealth, and DeCarlo in state court in Washington claiming wrongful termination in violation of public policy, breach of contract, and defamation.

Dr. Jennifer Bryan, board chair of the Mississippi State Medical Association, who publicly defended two Mississippi physicians fired for posting about the inadequacy of their hospitals’ Covid safety policies, said she faced pressure from her hospital for speaking to the news media without approval.

The medical association pushed its members to talk to the media about the science of Covid, while employers insisted doctors’ messages had to be approved by the media office. That reflected a conflict, she said, between medical professionals primarily concerned about public health and executives of for-profit systems who were seeking to shield their corporate image.

Bryan predicted the court ruling and NLRB decision will be helpful. “Physicians have to be able to stand up and speak out for what they believe affects the safety and well-being of patients,” she said. “Otherwise, there are no checks and balances.”