While our headquarters are in Cambridge, Massachusetts, we are a distributed team working across multiple timezones, from western Montana to the south of France, and multiple spots in between. Tom Zeller Jr., Editor in Chief — Tom co-founded Undark magazine in 2016 after a career spanning 15 years as a journalist contributing to a variety of publications, including 12 years on staff as an editor, columnist, graphic designer, and reporter at The New York Times. In 2013-14, he spent an academic year at MIT as a research fellow with the Knight Science Journalism Program, and he is the co-editor of the recent essay collection “A Tactical Guide to Science Journalism” (Oxford, 2022). Jane Roberts, Deputy Editor — Jane graduated from the University of Wisconsin-Madison, where she earned a B.A. in Journalism and Economics, with a minor in Environmental Studies. Before coming to Undark, Jane interned with the wealth team at Forbes, where she valued and wrote about some of the country’s richest billionaires. She joined Undark Magazine as Associate Editor in 2016 and has since developed its widely respected fact-checking program. Brooke Borel, Articles Editor — Brooke is an award-winning science journalist whose writing has appeared at Popular Science, BuzzFeed News, the Guardian, Scientific American, Nature, Science, FiveThirtyEight, among others, and has also been anthologized in the 2017 book “What Future.” Her own books include “Infested: How the Bed Bug Infiltrated Our Bedrooms and Took Over the World” and “The Chicago Guide to Fact-Checking.” Nora Belblidia, Senior Editor — Nora is a senior editor and fact-checker with Undark. As a journalist, she is interested in long-form narratives that explore science and subcultures, and her writing has appeared in Al Jazeera and Columbia Journalism Review, among other publications. Additionally, she has fact-checked for The Washington Post Magazine, Boston Globe, and Longreads. She lives in Baltimore, Maryland. 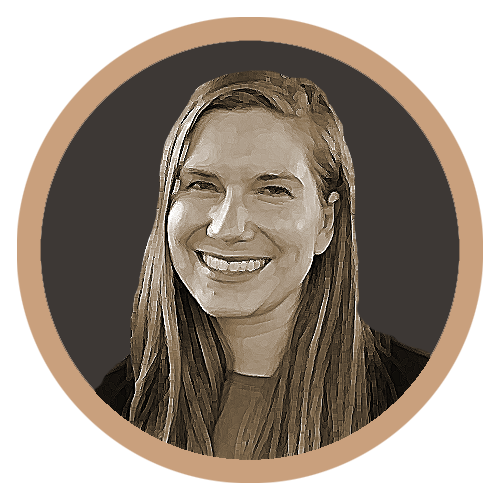 Amanda Grennell, Production Editor — Amanda oversees production, page design, and art for Undark. She was previously a AAAS Mass Media Science and Science & Engineering Fellow with PBS NewsHour. As a National Science Foundation Graduate Research Fellow, she earned a doctorate in chemistry from the University of Colorado Boulder. Michael Schulson, Contributing Editor — Michael is a contributing editor for Undark, where he has written about everything from animal trapping to lab leaks, often exploring the entanglement of politics and science. His work has been published by Aeon, NPR, and Wired, and recognized by the Association of Health Care Journalists and the National Center on Disability and Journalism. He lives in New York City. Sara Talpos, Senior Editor — Sara is a Michigan-based journalist and essayist whose work has appeared in Undark, Science, Mosaic, and The Kenyon Review, among other outlets. Before joining Undark in 2018, Sara spent ten years teaching writing classes at the University of Michigan, where she received an MFA in creative writing. She lives in Ann Arbor with her husband, kids, and beagle. Scott Veale, Senior Editor, Books — Scott is a former editor at The New York Times who had a variety of roles during his 30-year career, including editor of the Sunday Arts & Leisure section and newsroom editor for The Sunday Review. Before that, he was the books editor for the Culture department and story editor in the Week in Review section. He also wrote for the Sunday Book Review and and a number of other sections.

Undark is published by the Knight Science Journalism Fellowship Program at MIT, a prestigious appointment awarded to mid-career journalists seeking an intensive year of study at MIT and surrounding institutions in Cambridge, Massachusetts. Learn more about KSJ@MIT here. Deborah Blum, Publisher — Deborah is a Pulitzer-prize winning science journalist, the author of six books, and the co-founder of Undark Magazine. She has been director of the Knight Science Journalism Program at MIT, where she conceived and co-edited the essay collection “A Tactical Guide to Science Journalism,” (Oxford, 2022), since 2015. She has also written for The New York Times, Wired, National Geographic, Time, and Scientific American, among other publications. Myles Crowley, Financial Director — Myles is the program administrator for the Knight Science Journalism Fellowship Program and the financial director of Undark Magazine. Prior to joining KSJ, Crowley worked in public services in the MIT Libraries Distinctive Collections. He also worked in finance, operations, and media relations in the MIT News Office, and is a lifelong resident of Boston. Lucas Haugen, Business Manager — Lucas is the program assistant for the Knight Science Journalism Fellowship Program and the business manager for Undark magazine. He graduated with a B.A. in History from the University of Wisconsin-Madison, where he also took courses in creative writing. Born in Sacramento, California, and raised in Madison, Wisconsin, Lucas has spent most of his life in state capitals.

While Undark is entirely independent, we are proud to include a wide array of journalists and academics on our founding panel of advisors, which serves as a sounding board and support structure for both our editorial and business teams.

Charles M. Blow — Charles is an American journalist, commentator, and op-ed columnist for The New York Times and current political analyst for MSNBC. He is the author most recently of “The Devil You Know: A Black Power Manifesto,” (Harper, 2021).

Rachelle Burks — Raychelle is an Associate Professor of analytical chemistry at American University in Washington, D.C. and a science communicator who has regularly appeared on popular television and podcast programs. In 2020, the American Chemical Society awarded her the Grady-Stack award for her public engagement excellence.

Felice Frankel — Felice is an award-winning science photographer and research scientist at the Massachusetts Institute of Technology in the department of Chemical Engineering, with additional support from Mechanical Engineering. Her work has been profiled in the New York Times, Wired magazine, Life, The Boston Globe, The Washington Post, The Chronicle of Higher Education, National Public Radio’s “All Things Considered” and “Science Friday,” among other media outlets.

David Kaiser — David is the Germeshausen Professor of the History of Science in MIT’s Program in Science, Technology, and Society and Professor of Physics in MIT’s Department of Physics. His most recent book is “Quantum Legacies: Dispatches From an Uncertain World,” (Chicago U. Press, 2020), and his popular writing has been featured in The New York Times, The New Yorker magazine, Nature, Science, and Scientific American, among other publications.

Alan Lightman — Alan is a novelist, essayist, physicist, and Professor of the Practice of the Humanities at MIT. He is the author of numerous works of fiction and nonfiction, including the award-winnng novel, “Einstein’s Dreams. He is the host of the American Public Television series “Searching: Our Quest for Meaning in the Age of Science.”

Melissa Nobles — Melissa is Chancellor and Professor of Political Science at MIT, where her scholarship focuses on the comparative study of racial politics, categorization, violence, and reconciliation. She previously served as the Kenan Sahin Dean of the MIT School of Humanities, Arts, and Social Sciences and Arthur and Ruth Sloan Professor of Political Science. She is the author of three books, including “The Politics of Official Apologies,” (Cambridge, 2008).

David Quammen — David is an American science, nature, and travel writer and the author of fifteen books, including “Breathless: The Scientific Race to Defeat a Deadly Virus,” (S&S 2022). His work has appeared in The New Yorker, Harper’s Magazine, The Atlantic, National Geographic, and Outside, among other publications, and he is a three-time winner of the National Magazine Award.

Mary Roach — Mary is an American author and essayist specializing in popular science and humor. She has written six New York Times bestselling books, including “Stiff: The Curious Lives of Human Cadavers,” (Norton, 2004), “Gulp: Adventures on the Alimentary Canal,” (Norton, 2014), and “Fuzz: When Nature Breaks the Law,” (Norton, 2021). She has been a guest editor for the Best American Science and Nature Writing book series, a finalist for the Royal Society’s Winton Prize, and a winner of the American Engineering Societies’ journalism award.

Phillip Sharp — Phillip is a Nobel prize winning American geneticist and molecular biologist, author of over 400 papers, and an Institute Professor at MIT. His research interests have centered on the molecular biology of gene expression relevant to cancer and the mechanisms of RNA splicing, and he is an elected member of the National Academy of Sciences, the Institute of Medicine, the American Academy of Arts and Sciences, the American Philosophical Society, and the Royal Society, UK.

Rebecca Skloot — Rebecca is an American science writer who specializes in science and medicine. Her first book, “The Immortal Life of Henrietta Lacks,” (Crown, 2011) was a New York Times #1 Bestseller, subsequently made into an Emmy-nominated 2017 HBO film starring Oprah Winfrey. A former veterinarian, Rebecca’s forthcoming book explores the often controversial topic of animal research through a deeply personal story about our complex relationships with animals.

George Whitesides — George is an American chemist and professor of chemistry at Harvard University. He is best known for his work in the areas of nuclear magnetic resonance spectroscopy, organometallic chemistry, molecular self-assembly, soft lithography, microfabrication, microfluidics, and nanotechnology. Among other achievements, George has co-founded over 12 companies with a combined market capitalization of over $20 billion.

Carl Zimmer — Carl is a popular science writer, blogger, columnist, and journalist who specializes in the topics of evolution, parasites, and heredity. He is the “Matter” columnist for the Science section of The New York Times, and is the author of numerous books, including “Life’s Edge: The Search for What It Means to Be Alive,” (Dutton, 2021)

Visit our About Undark page for more information on our founding and mission.

Head over to our Submission Guidelines for more information on how you can contribute to Undark.

Visit our Contact page for more information on various ways to reach us.

Visit our Republishing Guidelines for more information on what we require.