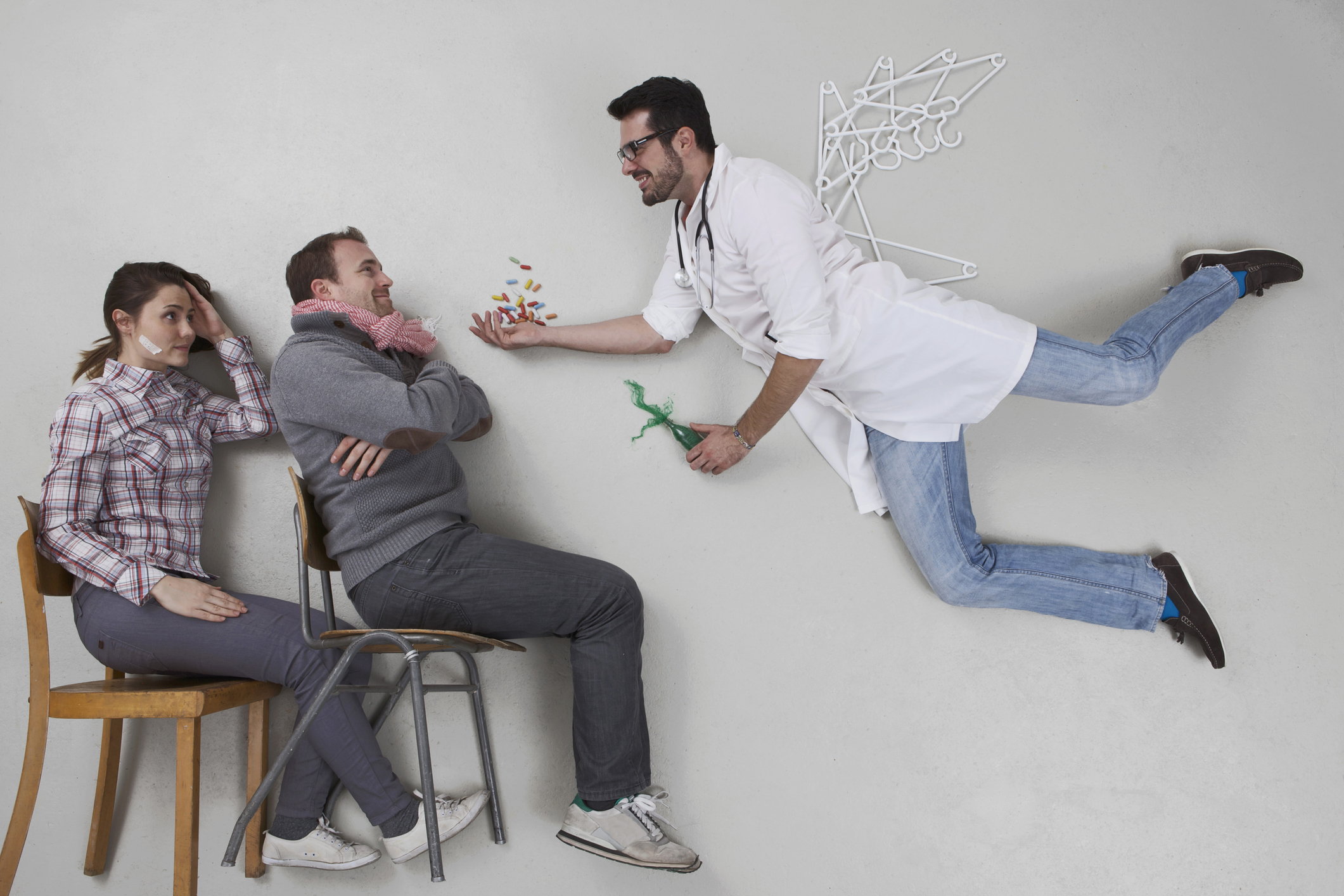 Afew years ago, as a medical student, I attained a bit of notoriety by taking on the celebrity physician Dr. Mehmet Oz for promoting sensationalized “alternative medicine” treatments like energy healing, nutritional supplements, and detox diets to his nearly four million TV viewers. Even now, I remain puzzled at how brilliant physicians like Oz and Dr. Andrew Weil — along with much of the news media and the general public — can succumb to this sort of thing. And I’ve concluded that while profit motives surely play a part, there’s a more insidious, chronic problem at work. Call it malignant relativism, or “whataboutism.”

It’s a common psychological defense mechanism, familiar from the world of politics. During the Cold War, when the Soviet Union was criticized for human-rights abuses, its defenders would cry, “But what about racism in America?” Last year, any attack on the Trump campaign’s suspicious closeness to Russia would draw the rebuttal “What about Hillary’s emails?” Neither side is objectively right or wrong in this line of thinking; the truth is a relative matter.

Similarly, whenever I criticize alternative medicine in a public forum, I receive hundreds of messages pointing out that conventional medicine can have many of the same flaws. And it’s true: Lackluster evidence and premature hype can also cause harm in “real” medicine. While “miracle” cures are par for the course in alternative medicine, even mediocre conventional treatments are often declared “miracles” by doctors and the news media. On the other hand, when we discuss these flaws in mainstream medicine, many doctors respond that we are discounting the astounding progress that medicine has made.

Whataboutism can afflict the most well-meaning doctor or the most profit-driven business. With carefully selected examples, the modern medical agenda can always be defended as a resounding success. I’ve heard doctors push back against skepticism with comments like “Well, what about our new cures for hepatitis C?” or “What about our advances in treating pediatric leukemia?” There has indeed been some impressive progress, but systematic examinations of new treatments show only modest success. When we invoke a medical success to shield flawed practices, we create an unrealistic picture of conventional medicine as beyond criticism. Other fields, such as economics and climate science, are already familiar with the public distrust that can follow a politically driven suggestion of certainty. Dogmatic messaging meant to advocate for one’s field can easily backfire.

Thankfully, the public and the media have learned to be skeptical when such arguments come from industry. PhRMA, the pharmaceutical trade group, recently defended soaring drug prices through “case studies,” such as the development of HIV treatments that “prove” the benefit of costly new pharmaceuticals. It also noted that other aspects of health care are even costlier than drugs. I suspect that for many, these justifications fall on deaf ears. Yet relativism is a versatile weapon: The American Petroleum Institute, another trade organization, has defended the oil industry by comparing its profit margins to the pharmaceutical and other industries’ fatter ones. With whataboutism, no industry is greedy.

This kind of relativism holds a particular danger for medicine, whose cardinal principle — primum non nocere, or “First, do no harm” — sets us apart from profit-driven enterprises like private industry. Primum non nocere is an absolute: Unjustified and undisclosed harm to patients is simply unacceptable. We can’t afford to indulge our shortcomings on the ground that somebody else’s claims — whether for fossil fuels or miracle diet supplements — may be even emptier than ours.

Some doctors, for example, have pushed back against concerns about conflicts of interest by deciding they’re actually a helpful “confluence of interests” — and, after all, politicians take industry payments, too. The same could be said of our increasing acceptance of relaxed clinical trial requirements. Medical studies seem to be far more rigorous than those of many other industries, so we have scientific “room to spare.” Yet we have seen how alternative medicine proponents can invoke such arguments as evidence that conventional medicine is fundamentally corrupt.

Doctors and scientists should be proud of the accomplishments of biomedicine, but we need to recognize that public trust in physicians is at a historic low. In a culture that feels increasingly driven by destructive urges, our instinct is to take comfort in the life-saving advances that make medicine an exceptional profession. The health care system’s rising costs, lack of access, and conflicts of interest seem less important when overshadowed by our progress. But whataboutism provides an opening to alternative medicine, pharmaceutical companies, and even well-intentioned physicians to justify dangerous practices. Patients rely on us for an honest assessment of the benefits and risks of our interventions. In this uncertain era, we mustn’t give in to the temptation to say we are “not as bad.”

Dr. Benjamin Mazer is a resident in pathology at Yale-New Haven Hospital. His views are his own and do not represent those of his employer.