In the mid-1980s, as he was launching his academic career, psychiatrist Thomas Insel decided to research the neural pathways for social attachment. His work ended up documenting the important roles that the hormones oxytocin and vasopressin play in both parental care and monogamy. But despite his pioneering findings, he was fired in the early 1990s from his post at the National Institute of Mental Health. His alleged offense, Insel says, was focusing on the “soft science” of attachment rather than the “hard science” of motor control or visual processing.

By the time Insel was appointed director of the NIMH in 2002, his research interests no longer fell outside the scientific mainstream. By then, he had morphed into a fierce advocate of the dominant paradigm that has been driving psychiatric research for the past generation. During his 13-year stint as “America’s psychiatrist,” he devoted the bulk of his $20 billion budget to neuroscience and genomics. While he has no regrets about any of his funding decisions, he seems disappointed that he never achieved his overriding goal, which was to develop a biomarker for depression or a molecular target for schizophrenia. 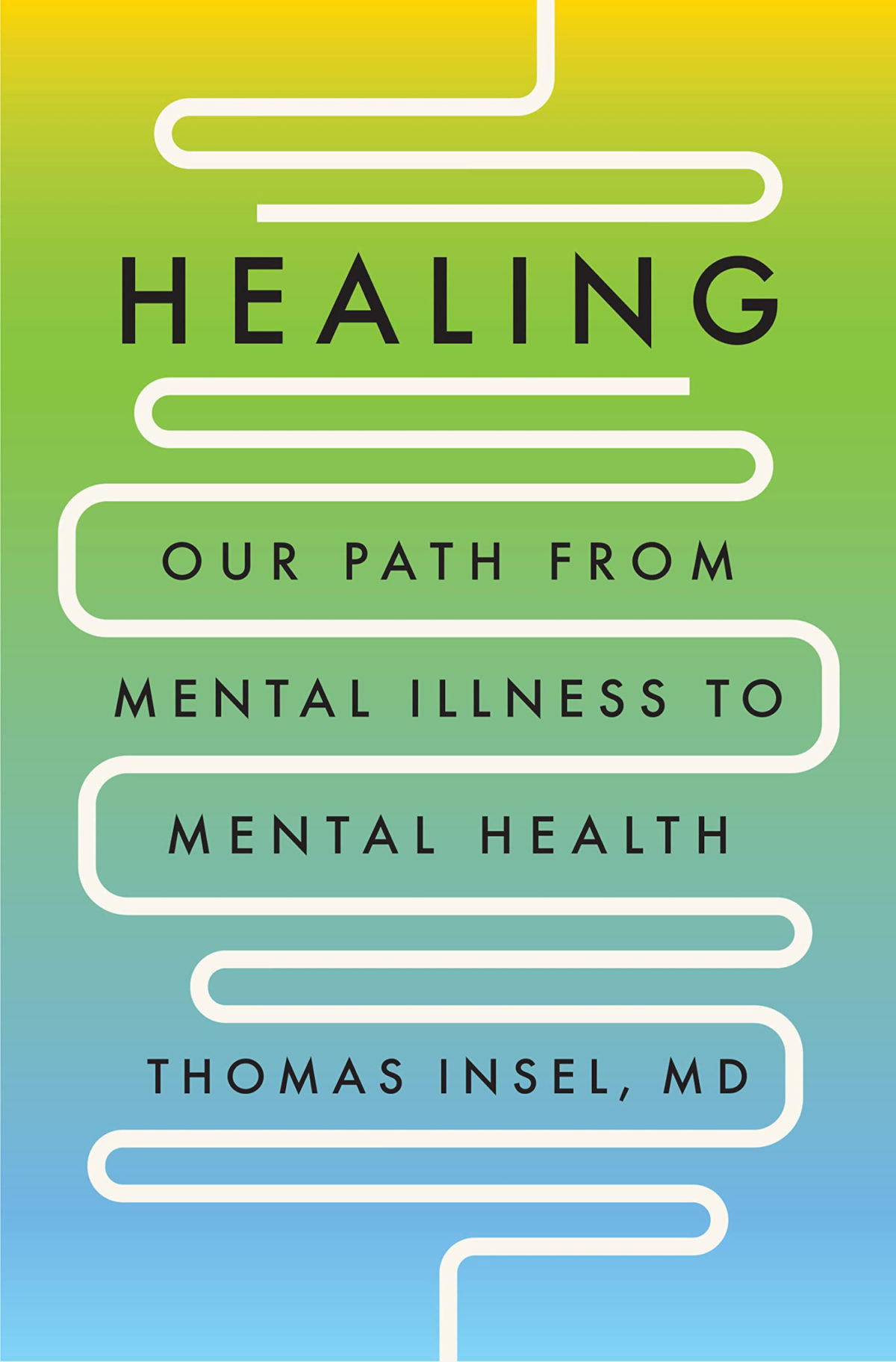 As Insel acknowledges in his new book on the state of our nation’s psychiatric care, “Healing: Our Path From Mental Illness to Mental Health,” this failure to make a major difference in the lives of people suffering from serious mental illness — say, chronic major depression or schizophrenia — haunts him. “Our science was looking for causes and mechanisms,” he writes, “while the effects of these disorders were playing out in increasing death and disability, increasing incarceration and homelessness, and increasing frustration and despair for both patients and families.” He argues that while research should continue to play the long game, mental health policy urgently needs major reforms now.

Putting on the hat of a journalist, Insel tries both to diagnose the reasons why so many psychiatric patients fare so poorly and to figure out what exactly can be done to improve their lot. To his credit, he does a thorough job of reporting and interviews a wide range of sources, including numerous patients, affected family members, mental health advocates, clinicians, and policy makers.

As Insel notes, according to a 2006 report from the Substance Abuse and Mental Health Services Administration, Americans with serious mental illness typically die 15 to 30 years earlier than the rest of the population. He places the blame largely on political and economic factors. He notes how former President Ronald Reagan dramatically cut federal spending on community mental health centers and other psychiatric services for low-income patients, who have also been squeezed by the gradual erosion of the social safety net in the past few decades.

In our profit-driven society, Insel laments, the mental health care system isn’t just broken but has completely vanished: “At best, we have a mental sick-care system, designed to respond to a crisis but not developed with a vision of mental health that is focused on prevention and recovery.” This sick-care system, he stresses, was built by insurance companies and drug companies. And tragically, Americans without private insurance often have difficulty accessing needed services — say, a hospital bed — even in times of crisis. In most developed countries there is an average of 71 public psychiatric beds per 100,000 people; in America, the corresponding figure in 2014 was just 12.6, according to the National Association of State Mental Health Program Directors.

Moreover, even insured patients who receive inpatient treatment tend to face the formidable challenge of what he calls a “service cliff” upon discharge. Given that the primary objective of pricey short-term hospital stays is to stabilize patients on a cocktail of psychotropic medications, little thought is given to setting up a viable long-term care plan. “Hospitalization in such a scenario,” writes Insel, “is a railway stop on a journey with no evident connection to the stops before or after.” As a result, the so-called revolving door syndrome — in which desperate patients end up returning to the hospital on numerous occasions — is not uncommon.

“At best, we have a mental sick-care system, designed to respond to a crisis,” Insel writes.

But despite these formidable socio-economic obstacles, Insel insists that effective mental health care is available. He maintains that today’s standard treatments — namely medications including antipsychotics and antidepressants, along with psychotherapy — can work relatively well when they are properly administered. The problem is that patients are rarely matched with the appropriate specialists. As he notes, nearly 80 percent of antidepressant and anti-anxiety medications are prescribed by primary-care physicians, rather than by psychiatrists.

Insel also argues that only a small percentage of the nation’s 700,000 mental health providers offer state-of-the-art psychotherapy. Rather than relying on scientifically proven treatments such as cognitive behavioral therapy, clinicians often turn to the faddish approaches championed by a few charismatic practitioners. In his view, psychotherapy should be carefully monitored by a regulatory body so that more patients would receive evidence-based care rather than “eminence-based care” (to use his neologism, which attempts to account for why patients are often ill-served by their therapists).

In the most moving section of the book, Insel emphasizes that addressing the scourge of serious mental illness requires more than just doling out the right medical solutions. During a visit to Skid Row in Los Angeles, he interviewed a clinician who told him that recovery revolved around “the three Ps, man.” As Insel admits, he initially thought that this cryptic phrase was a veiled reference to three popular drugs: Prozac, Paxil, and Prolixin. But when the clinician explained that he was referring to “people, place, and purpose,” Insel had an aha moment.

As he now realizes, people suffering from serious mental illness have the same aspirations as everyone else. To lead a fulfilling life, they also need to forge deep human connections, find a safe place to live, and find meaning in this far from perfect world. And Insel highlights how a series of innovative programs are already helping countless patients do just that. For example, over the last seven decades, mental health advocates have created 330 clubhouses in 33 countries around the world. These “intentional communities,” he writes, provide recovering patients with social support, a place to meet and eat meals together, and to access job placement services.

Insel emphasizes that addressing the scourge of serious mental illness requires more than just doling out the right medical solutions.

Insel’s foray into journalism has convinced him that science and technology alone — including new drugs or smartphone apps — will never be able to cure any form of mental illness. That’s because in contrast to cancer treatment, mental health treatment inevitably requires more than just rooting out the disease in the body. But his newfound sensitivity to the daily struggles of psychiatric patients raises a host of compelling questions about the future of the NIMH, which he glosses over.

The NIMH was established in 1949 to fund not just research, but also efforts to treat and prevent mental illness. However, since the late 1980s, all its leaders, including Insel, have reinterpreted its mission, choosing instead to focus almost exclusively on basic science. So if, as Insel concedes in his book, decades of brain research have led to few tangible results, should the federal government continue to spend billions of dollars on purely theoretical studies? Or, should, as critics argue, many of these scarce dollars instead be allocated to social programs that can either help prevent or treat mental illness? For example, as Allen Frances, the former chair of the psychiatry department at Duke University, recently put it at Aeon: “The NIMH is entitled to keep an eye on the future, but not at the expense of the desperate needs of the present. Brain research should remain an important part of a balanced NIMH agenda, not its sole preoccupation.”

Insel’s reflective and heartfelt book is an important contribution to the ongoing debate about how to address the current crisis that prevents so many Americans saddled with a serious mental illness from rebuilding their lives. “Recovery,” he stresses, “is both a goal for an individual and a necessity for healing the soul of our nation. Our house is on fire, but we can put the fire out.”

Joshua C. Kendall is a Boston-based journalist and author. His reporting on psychiatry, neuroscience, and health policy has appeared in numerous publications, including BusinessWeek, The Boston Globe, The New York Times, The Los Angeles Times, The Daily Beast, Scientific American, and Wired.