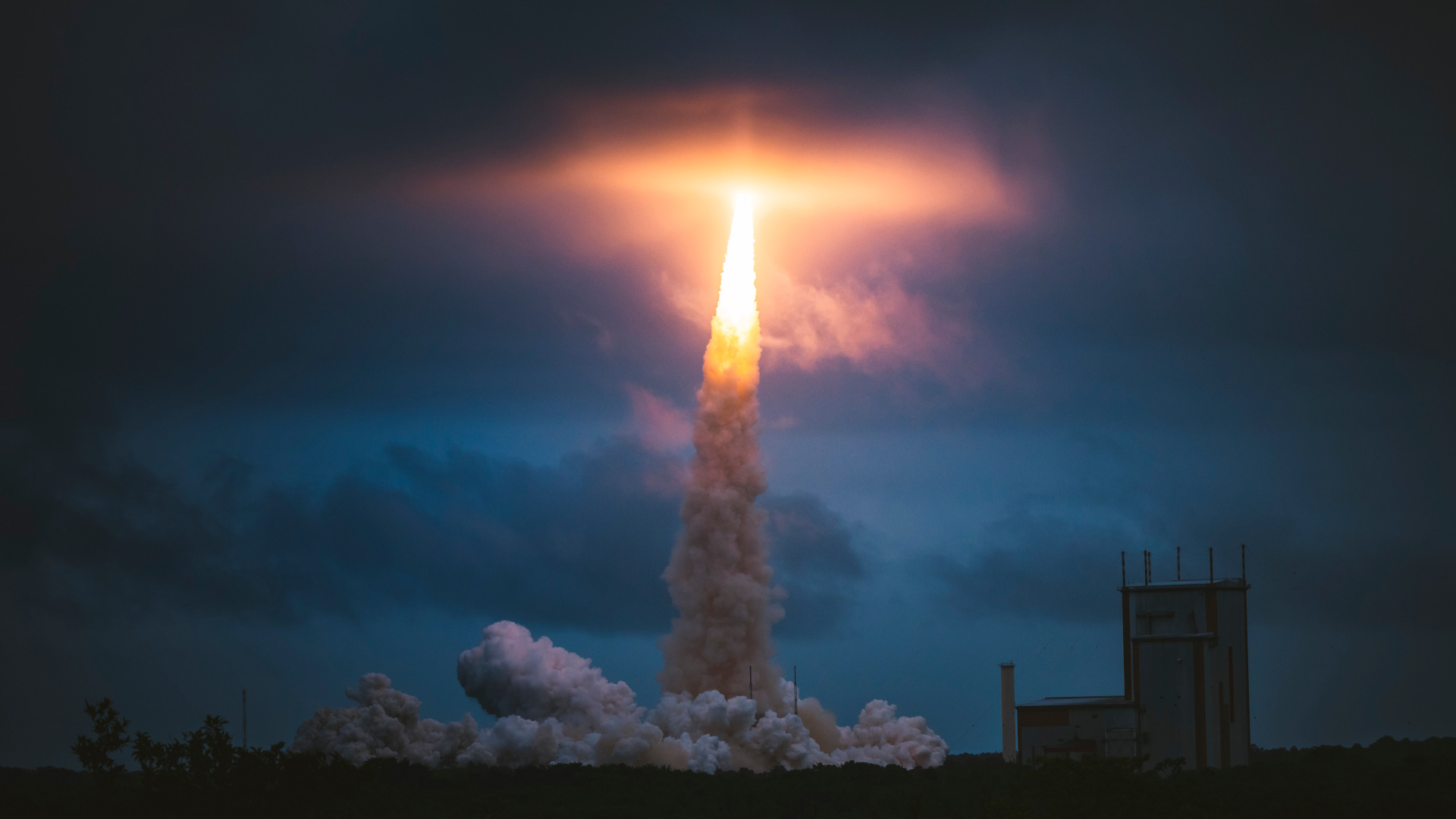 It wasn’t just that he mentioned a religious holiday. After all, NASA Administrator Bill Nelson wasn’t the only person to observe, following the successful launch of the James Webb Space Telescope last month, that the long-awaited feat had occurred on Christmas Day. Rather, Nelson’s comments raised eyebrows for their “spiritual tone.”

“It’s significant that we had the delays and it kept us all the way to today, Christmas Day,” Nelson said in a video released by NASA shortly after the launch. He went on to quote a passage from Psalm 19: “The heavens declare the glory of God. The firmament shows his handiwork.”

To some viewers — especially those who believe religion and science are incompatible — the very mention of a religious text seemed to undercut the messaging of scientific achievement. The suggestion that the telescope served a Christian purpose, or that its use would reinforce a Christian worldview, also seemed to belie a commitment to inclusivity in science that NASA has claimed to value. (The agency is still reeling from the controversy over its decision to name the telescope after James Webb, a man alleged to have been complicit in the persecution of LGBTQ government workers.) These are all valid concerns. But it’s also worth remembering that Nelson’s biblical references follow in a long tradition of religious rhetoric in the U.S. space program. There’s a tendency to flatten this history — to imagine that religious language is and always has been inappropriate in the scientific discourse. But one needs only look back a few decades to find a time when comments like Nelson’s were not only acceptable in the American space culture — they were a central part of America’s science identity.

From the 1950s, the United States was embroiled in a decades-long rivalry with the U.S.S.R. known as the Space Race — a competition that turned the technological and military practicalities of space exploration into a sort of proxy battle for cultural, political, and economic validation. Each nation’s scientific successes were interpreted as triumphs of one national ideology over the other. Among those warring ideologies were the nations’ sharply contrasting attitudes toward religion.

The U.S.S.R. had officially embraced atheism (though some Soviet citizens were people of faith). In her recent history of Soviet atheism, Victoria Smolkin describes how Soviet leaders and cosmonauts used their victories in the Space Race as occasions to wave a banner of antipathy toward religion. During a 1962 visit to the U.S., Smolkin writes, Soviet cosmonaut German Titov, the second person in space, proclaimed his atheism, remarking “that he had not seen ‘God or angels’ during his 17 orbits of Earth.” Later Soviet leader Nikita Khrushchev similarly joked to American reporters about God’s failure to show up in space. The brash rejection of God served to advance the Soviet effort to solidify state atheism and defuse religion’s threat to state authority.

But the Soviet Union’s dismissal of religion also stirred a backlash on the other side of the Iron Curtain. In fields ranging from evolutionary biology to cosmology, American scientists criticized the ideological dogmatism of Marxism, claiming that it impaired free scientific inquiry. Whereas the Soviet regime was totalitarian and oppressive, the American scientific establishment, by embracing religious tolerance, projected an image of openness. Opposed to the strict atheism of the Soviets but wary of the perceived anti-science attitude of fundamentalist Christians, the American scientific establishment staked out a middle ground of respectable, generic — but still Christian-leaning — religiosity.

As public figures as well as scientists, NASA astronauts were frequently seen as exemplifying this milquetoast religious identity. Some astronauts were explicit about their own Christianity; others were more vague about the spirituality they experienced in the stars. Neil Armstrong, though he considered himself a deist, was nonetheless looked up to as a Christian role model who fulfilled a divine promise that humanity would someday reach the stars.

On Christmas Eve in 1968, the crew of Apollo 8 broadcast themselves from lunar orbit reading from the opening passages of Genesis as the Sun rose above the Moon’s horizon: “In the beginning, God created the heaven and the earth…. And God said, Let there be light: and there was light.” The juxtaposition of those words with images of the lunar sunrise seemed to symbolize the convergence of religious and scientific values.

The Christmas Eve reading prompted Madalyn Murray O’Hair, the founder of the organization American Atheists, to file a lawsuit against NASA, arguing that the act abridged their First Amendment rights. But the lawsuit failed, and since then the tradition of astronauts expressing their personal faith, carrying objects of religious significance among their personal effects, even celebrating holidays in space, has largely been permitted — and even incorporated into NASA’s public outreach. American Presidents including John F. Kennedy, Lyndon B. Johnson, and Ronald Reagan all used religious language when talking about the Space Program, often with implicit or explicit criticism of the Soviets. Ultimately, NASA, American politicians of both parties, and the wider U.S. public created a narrative that America’s religiosity had helped the country succeed in the Space Race over its godless rival. This religiosity was effective in part because it avoided the messy specifics that might have created friction with science or between theologies.

One needs only look back a few decades to find a time when comments like Nelson’s were not only acceptable in the American space culture — they were a central part of America’s science identity.

Few people exemplify this melding of space exploration and spirituality more than Nelson himself. In 1986, decades before he became NASA Administrator, Nelson went to space on the shuttle Columbia, the last NASA mission before the Challenger disaster. His 1988 memoir described his extraterrestrial sojourn as an eye-opening religious experience that contrasted starkly with that of his Soviet counterparts. “Yuri Gagarin, the first Russian cosmonaut, proudly proclaimed when he returned to earth that he had looked for God and had not found him,” Nelson wrote (perhaps misattributing Titov’s 1962 comments). “I looked, and could see nothing else.” The Soviets might have reached the heavens first, but the Americans were the first to find God up there.

Nelson also recalled reaching into his pocket and pulling out his Bible while on the Columbia:

“I remembered when, as a student at Yale, I had read the ancient words of the 19th Psalm, written by a shepherd boy in Israel almost 3,000 years ago. My college mind had wondered, What could David possibly know about space? As I read those words again, I was amazed that they could express my feelings so perfectly: ‘The heavens declare the glory of God. The firmament sheweth His handiwork.’”

More than 30 years later, Nelson uttered the same scripture nearly verbatim while reflecting on the launch of the the telescope. It is a passage that has long been invoked by scientists and theologians to express the idea that there are truths that can only be discovered outside of scripture — truths that must be learned from the handiwork of nature. It’s been quoted to argue against Biblical literalism and science denial. And, for Nelson, it seems to give voice to a certain sense of awe and spiritual wonder at nature that has abided in him since his time as an astronaut.

The scientific, religious, and political culture of the U.S., however, has evolved tremendously since then. Christian nationalism has become a widespread and antidemocratic political force — one that has been deployed to attack government-supported, science-based efforts to stem the Covid-19 pandemic and curtail climate change. Cold War-era God-talk, and the embrace of generic religiosity, no longer exemplify America’s place in the modern geopolitical world. The words Nelson uses to capture his connection with the cosmos may not have changed since the 1980s, but it’s a different nation now.

Adam R. Shapiro is a historian of science and religion. He is the author of “Trying Biology: The Scopes Trial, Textbooks and the Antievolution Movement in American Schools,” and (with Thomas Dixon) the forthcoming “Very Short Introduction to Science and Religion.”