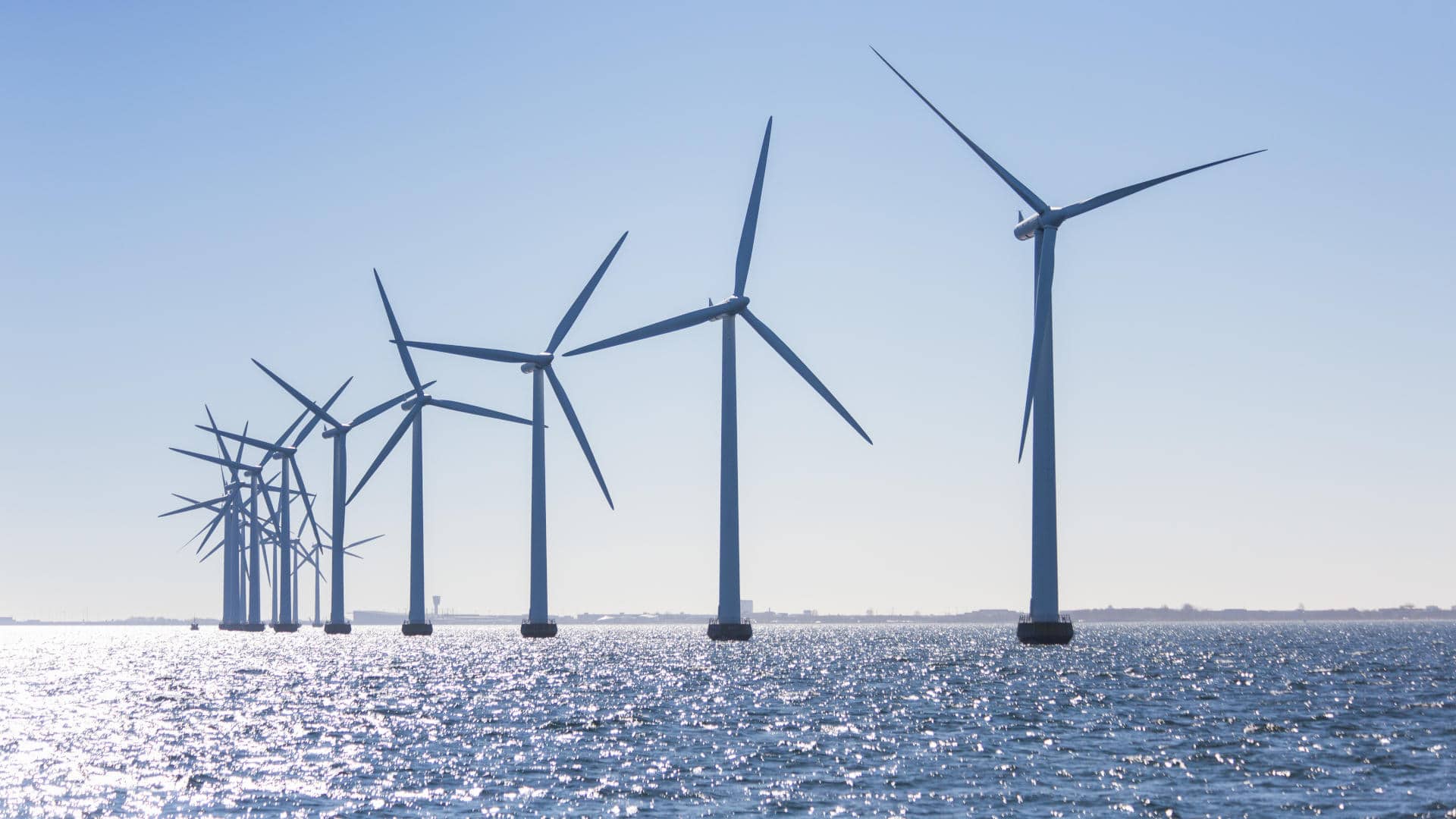 Should Joe Biden’s plans for a huge expansion of renewable energy across the U.S. survive the gamut of congressional bickering, a very different obstacle threatens progress — wealthy homeowners who enjoy sweeping scenic views.

Wainscott, a hamlet in the wealthy New York enclave of the Hamptons, is the unlikely setting for a rancorous battle over what would be the state’s first offshore wind farm. A flurry of angry letters to the local newspaper has escalated to petitions, the hiring of high-powered lobbyists and now lawsuits, in what could presage similar quarrels elsewhere as the Biden administration seeks to support a national boom in new wind turbines at sea and on land.

“It has got poisonous,” said Peter Van Scoyoc, East Hampton town supervisor, whose support for the wind farm has been castigated in vitriolic Facebook posts and now a new lawsuit. “We are a tight-knit community and there have been disagreements in the past, but they haven’t been personalized like they are now.”

Others keep a more stoic silence when faced with the issue that has divided this affluent coastal community. “One guy I play tennis with wants to stop the project,” said Jerry Mulligan, a retired lawyer who is in favor of it. “We try to not talk about it at all.”

The subject of this turmoil isn’t even the wind turbines themselves, a 15-strong cluster called South Fork Wind Farm that would sit about 35 miles off Montauk, the extreme eastern end of New York’s Long Island. The upscale eastern tip of Long Island, a narrow landmass that juts out into the Atlantic Ocean, is fringed by beaches and is known for its wineries, upscale dining, and opulent homes. Wainscott is on the southern flank of Long Island and so the turbines wouldn’t be visible from its beach, but a cable to connect the wind farm would have to burrow underneath the hamlet’s beach and several of its streets to join with a substation further inland.

The prospect of this underground extension cable, which would help provide power to about 70,000 Long Island homes, has enraged a cadre of Wainscott property owners, including Ronald Lauder, of cosmetic company Estée Lauder money, who have congregated in a group named Citizens for the Preservation of Wainscott. Gouri Edlich, chair of the group, has criticized the wind farm’s developer, the Danish company Ørsted, for being “heartless” and “tone deaf” and claimed that Van Scoyoc has “simply turned over our beach and our rural community to this multinational developer.”

“We are a tight-knit community and there have been disagreements in the past, but they haven’t been personalized like they are now,” said Van Scoyoc.

Wainscott was indeed once a largely undisturbed rural community but in recent decades development by wealthy second-homers has sped up, with older buildings torn down for mansions and uninterrupted views of farmland and ocean replaced by screening vegetation to block prying eyes. A glance at the current property listings shows an eight-bedroom, 10-bathroom property with a sauna, wine cellar, powder room, “an optional movie theater,” tennis court, and a two-bedroom wing for staff going for $24.5 million. “We have people of extreme wealth here,” said Van Scoyoc.

One of the first petitions opposing the cable in 2018 was signed by the actor Edie Falco, Daniel Neidich, a former business partner of the Trump administration treasury secretary, Steven Mnuchin, and Barbara Kavovit, who appeared in Real Housewives of New York and is now running for mayor of New York City with the campaign slogan “It will take a builder to rebuild New York City and I’m the woman to do it.” Also on board was Faith Popcorn, a futurist who has predicted that “mechanized hugging booths” will replace pay phones in cities and that people will be able to custom-design pets with pieces of their own DNA.

Undeterred by the town of East Hampton providing an easement for the work, the anti-wind farm cable group has ramped up its efforts. Citizens for the Preservation of Wainscott raised nearly $1 million in donations in its first year and has spent more than $300,000 over the past year to retain Mercury, a Manhattan public affairs firm. A website called “Truth About Ørsted” has popped up. “A multibillion-dollar corporation is set to make MILLIONS of dollars off of the South Fork wind farm project on the backs of hard-working New Yorkers like you,” the site reads. The group insists it is in favor of wind energy, just not the Ørsted project in its current iteration. The cable should make landfall at another beach further east, it argues. “We just want a site that is consistent with the least environmental impact and not just a site that maximizes profits for the developer,” said Michael McKeon, a communications consultant for the group.

McKeon said Van Scoyoc is “only embarrassing himself” by comparing the cable work to that of a water main (the agreement for the work does give Ørsted 30 months to complete it but digging will only take place during the quiet tourist offseason in winter and Van Scoyoc said actual impediments to residents will be “over a few days, at most.”)

Last month, the Citizens for the Preservation of Wainscott filed a lawsuit against the town, South Fork Wind, and Van Scoyoc claiming “bad faith, authoritarian motives, and irrationality” was rushing through a project that could erode Wainscott beach, cause noise and fumes from the digging up of the road, and risk fires and “electromagnetic fields” from the amount of electricity carried by the cable.

A South Fork Wind spokesman said the company chose a cable route that “minimizes impacts to residents and the environment.” Some outside experts agree, pointing out that offshore wind farms most often raise concerns over impacts upon fish rather than land-based humans.

“The cable will be buried 30 feet underground, as such it should not cause any risk to beachgoers or flora or fauna once it is laid down,” said Cristina Archer, an expert in wind power at the University of Delaware. “The construction phase will have some impacts of course, from noise to pollution from machinery, but these are temporary and low-risk.”

Van Scoyoc said he is “fascinated by the amount of time and energy” some people have taken to oppose the cable. “There are all sorts of silly claims that I want to destroy Wainscott beach, which couldn’t be further from the truth — that’s the beach I use myself in summer,” he said. “This group claim to support the project but want it to be in someone else’s neighborhood. Nimby-ism is an acronym I’ve heard used.”

Biden has vowed to double the amount of U.S. offshore wind capacity within a decade (albeit off a low base compared with other countries — there are just seven U.S. offshore turbines currently operating) but the squabble in Wainscott suggests such ambitions may founder, even in seemingly liberal coastal areas.

In 2017, a $2.6 billion plan to plant 130 wind turbines off Cape Cod, Massachusetts, was scrapped after a 16-year battle that saw the project opposed by residents with ocean views, as well as fishers. State and local governments across the U.S. have passed laws to stymie renewable energy expansion, some whipped up the sort of anti-wind rhetoric espoused by Donald Trump, who falsely claimed turbines cause cancer.

Wind developers say that while most people within a community are happy to see turbines in their area, there will always be a minority that is very noisy on social media over their objections, often making outlandish claims such as the turbines will disrupt sleep, cause cows to stop making milk, and even, in one case in upstate New York, hinder deer hunting because bucks would somehow get their antlers stuck in the blades.

“The opposition is eating our lunch,” admitted Matt Wagner, manager of renewable energy development at the Detroit-based DTE, about Facebook-led campaigns against wind.

But if the U.S. is, as Biden vows, to eliminate planet-heating emissions by 2050 it will have to not only cover huge tracts of land with wind turbines but also an area of its ocean the size of Belgium, researchers estimated last year.

Such a huge undertaking may, some proponents have argued, require the federal government to use powers such as eminent domain to push through projects with minimal delay. This prospect has been dismissed by the White House, however. “That’s certainly not in my future,” Gina McCarthy, Biden’s top climate adviser, told the Guardian.

“The opposition is eating our lunch,” Wagner said about Facebook-led campaigns against wind.

Some experts stress the problem of Nimbys can be overstated — Americans are broadly very positive about renewable energy, after all, and wind turbines have provided welcome income for people in rural, conservative areas. “It’s rare to have extreme objections to renewables,” said Sanya Carley, an Indiana University academic who has studied the issue. “There are pockets of resistance, though, and more so with offshore wind because it’s new. People haven’t had to confront the idea of seeing a turbine in the ocean before.”

Delaying any sort of project is easier, of course, if you have deep pockets, such is the case in Wainscott. State and federal approvals are still needed for the South Fork Wind Farm and further legal cases could push back the development further.

“My hope is that the Citizens for the Preservation of Wainscott folds its tent and goes away,” said Mulligan, the pro-wind retired lawyer. “But some of these people have big bucks and they aren’t used to losing. So who knows.”