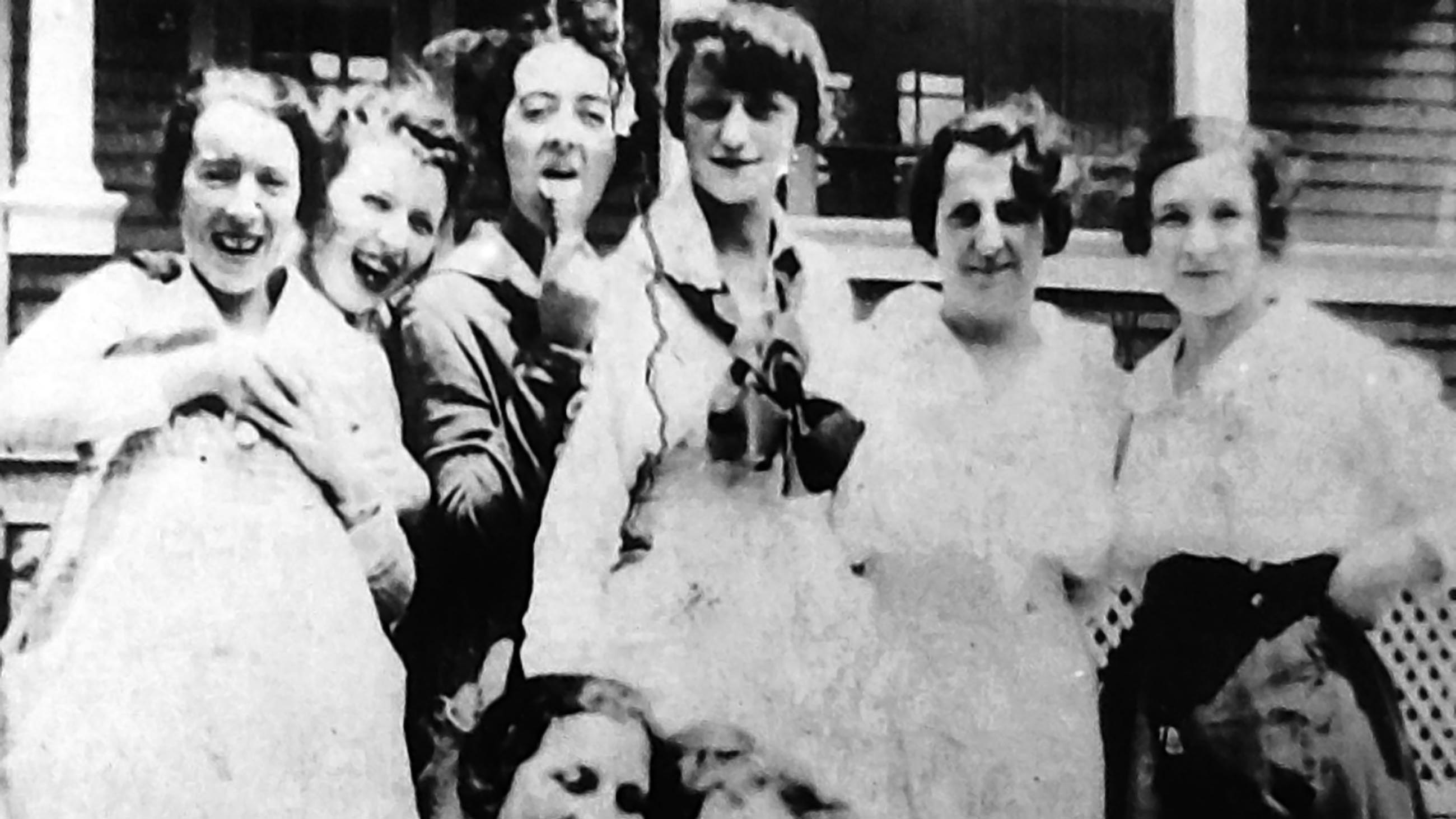 One spring day in 1922, a young New Jersey woman named Mollie Maggia went to the dentist. She had seen him repeatedly over the past year — first for a toothache, then for unbearable pain and inflammation in her gums and jaw. The dentist, Joseph Knef, had pulled out several of her teeth, but that only made things worse, with fiery ulcers erupting in their place. Her teeth started to rot and fall out. Eating was torture. Once an outgoing girl prone to laughter, Maggia could now barely speak. Knef, an expert on mouth diseases, had never seen anything like it. On this day in May, she told him her jaw had been aching more than usual. He gently prodded it, and to his shock the entire jawbone broke off in his hand. By fall, the disease spread to her jugular vein, causing her to hemorrhage violently and die in agony.

In a new book, “The Radium Girls,” the British author Kate Moore tells the story of dozens of young women like Mollie Maggia.

Many were daughters and granddaughters of immigrants who had come to America in search of work. The girls found their jobs — hand-painting watch dials for the Radium Luminous Materials Corporation in northern New Jersey, and the Radium Dial Company in Ottawa, Illinois — to be artistic, technically challenging, and economically empowering. The radium powder that made their paint luminous, allowing the watch faces and hands to glow in the dark, was expensive; it made them feel glamorous to have a coat of it dusting their hair, skin, and clothing after a day’s work. Their bodies glowed like ghosts, even after many washings, sometimes for years.

When Marie and Pierre Curie discovered radium at the turn of the century, it was hailed as a miracle substance for its effectiveness in treating some cancers and tumors. By the early 1900s, when these two companies opened up shop, and throughout the Roaring Twenties, a radium frenzy seized the world’s imagination. It was a cure-all for well-to-do patients and a tonic for the healthy, who consumed radium in pills, creams, ointments, toothpaste, lipstick — even radium-infused jockstraps.

To paint the watch dials, the young women were taught to form the bristles of their fine paintbrushes into a sharp point by moistening them in their mouths. Many were hesitant, asking whether the radium could harm them. Over and over, their supervisors told them no, it was safe — healthy, even.

Moore catalogs damning evidence that the higher-ups knew better. Sabin von Sochocky, founder of the U.S. Radium Corporation and inventor of the paint used in the dial factories, sawed off the tip of his own finger when he realized it had become poisoned with radium. Yet for as long as they could, these companies dodged and denied, concealed and covered up. Moore’s book is a colorful complement to Claudia Clark’s pioneering “Radium Girls: Women and Industrial Health Reform, 1910-1935,” published in 1997, which chronicles the women’s fight as it led into the larger industrial health movement. Deborah Blum touches on the radium girls’ story in her 2011 book “The Poisoner’s Handbook,” and in follow-up articles in PLoS Blogs and Wired. (Blum is the publisher of Undark, which takes its name from von Sochocky’s paint.) And in Kurt Vonnegut’s 1979 novel “Jailbird,” the protagonist reveals that “one of the four women I have ever loved in this Vale of Tears” was the daughter of a dial painter who succumbed to radium poisoning.

While Moore’s book is by no means an exhaustive chronicle (she says she finished it in record time, spending about four months researching and one month writing), she managed to track down a wealth of details that tie the narrative together and bring its characters back to life. Mollie Maggia “seemed to have found her calling at the studio, being unusually productive,” Moore writes. “A foot taller than Albina” — her older sister, who also worked at the dial-painting factory in Newark — Mollie “was a sociable 19-year-old with a broad face and bouffant brown hair, often seen laughing with her colleagues.”

These details not only add color but make it all the more horrifying when these optimistic, happy, youthful girls fall ill and decay — and all the more satisfying when victims (aided by an assortment of doctors, lawyers, and state workers, some of them women) begin to fight back. Nor were they just victims, as Moore makes clear; they were champions of women’s rights, workers’ rights, public health, and environmental justice. Their eventual court case began a legacy of labor standards that persist today, and directly inspired scientists working on the Manhattan Project decades later to implement safety precautions against radiation exposure.

Moore’s writing is simple and straightforward; the book would be appropriate for middle schoolers as well as more seasoned readers. She explains that doctors knew as early as 1914 that radium was a “silent stalker,” in effect disguising itself as calcium “to burrow deep into the women’s jaws and teeth.” At first, radium exposure stimulated the bone marrow to produce more red blood cells, which “gave an illusion of excellent health.” Over time, though, the marrow would become overstimulated and destroy red cells, causing anemia and other unpleasant, eventually life-threatening symptoms.

In her research, Moore visited libraries and museums and conducted interviews with surviving family members and friends. She also walked in the footsteps of many of the girls, visiting their former homes, churches, and workplaces. Across from the dial-painting studio in Ottawa, a playground was constructed, but has since been chained up. This and several areas nearby are now Superfund toxic waste sites.

So are the former factories in New Jersey where Mollie Maggia and her fellow radium girls painted watch dials. Like many Superfund sites, they are in low-income and racially diverse areas that are historically more likely to be exposed to environmental pollutants. “The Radium Girls” is the story of a group of people who fought for justice and basic human rights. But it is also a preface to the far-reaching effects of contamination that persist today, and perhaps others that have yet to be revealed.

Sarah Witman is a freelance journalist based in Madison, Wisconsin.