When health journalist Chelsea Conaboy told other mothers that she was writing a book about neuroscience and motherhood, they thought she would get to the bottom of the forgetfulness and disorganization they think of as “mommy brain.” In her words, “their own brain feels like Swiss cheese and the whole world seems to recognize their impairment.”

But Conaboy’s book, “Mother Brain: How Neuroscience Is Rewriting the Story of Parenthood,” goes far deeper. In an approachable, down-to-earth narrative voice, Conaboy synthesizes a lot of research, interweaving technical information with personal accounts from real moms, including herself. Her journey to learn about motherhood and neuroscience leads her to the insight, supported by a nascent body of research, that a birthing parent’s brain changes are so profound that parenthood should be considered a stage of development, as much as adolescence. BOOK REVIEW — “Mother Brain: How Neuroscience is Rewriting the Story of Parenthood,” by Chelsea Conaboy (Henry Holt and Co., 368).

If you remember adolescence, you know that such changes don’t come easy. But American society has an infrastructure built for shepherding kids through puberty. “We create milestones in schools and on playing fields and in houses of worship just so we can stand up and say to them, ‘Look at you! Look how you are growing and changing. We are so proud,’” Conaboy writes.

Not so for birthing parents. “We expect birthing parents to simply carry on, to be who they always were — and more, to be fulfilled — all while their bodies may feel broken and their brains are being kneaded into shape,” she writes.

Bringing a screaming infant into the world who needs constant care and gobbles up parents’ sleep and free time seems daunting at face value, yet the myth that all new moms are hardwired to start being a mom makes it difficult for some parents to acknowledge their challenges, let alone seek support.

That myth gained a lot of traction in the mid-20th century. In 1937, for example, endocrinologist Frank A. Beach wrote that maternal behavior in rats was “native.” Zoologist Konrad Lorenz, famous for the notion of imprinting — the idea that baby birds become attached to the first creature or even object they see when they hatch — also popularized the notion of instinctive mothering behaviors by the 1950s. “The rigidity with which Lorenz defined instinct, however, as something separate from a person’s environmental context or experience, built into an individual much like an organ, has been profoundly detrimental to mothers,” Conaboy writes.

She cites psychology researcher Jay Rosenblatt as a pioneer in exploring how circumstances shape the mother-child bond, and how biological changes related to parental caretaking aren’t exclusive to a birth mother. In the 1960s, he and his colleague Daniel Lehrman showed that mother rats’ behavior changed when her pups were removed or when they were swapped out with other baby rats. Rosenblatt also found that virgin female rats would take care of pups if they had enough exposure to them, even building nests and “crouching as if to nurse.” Male rats did, too.

This work laid the foundation for later brain research. “Studies of fathers, including nonbiological fathers in same-sex couples, have found that the brains of men who are regularly engaged in caring for their children change in ways that are strikingly similar to gestational mothers,” Conaboy writes. Recent innovations in neuroscience have enabled scientists to use techniques such as functional magnetic resonance imaging to reveal these insights.

Supported by a nascent body of research, Conaboy argues that a birthing parent’s brain changes are so profound that parenthood should be considered a stage of development, as much as adolescence.

A 2016 study in the journal Nature Neuroscience led by Elseline Hoekzema, a neuroscientist then at Leiden University who now directs a lab at Amsterdam University Medical Center, in collaboration with several colleagues, was a landmark moment in this burgeoning line of research. “Comparing brain scans before and after pregnancy, the researchers found significant reduction in gray matter volume” — that is, the tissue that comprises the brain’s outermost layer — “in new mothers’ brains,” Conaboy writes. Researchers especially saw these decreases in areas associated with social cognition. “The volume changes were distinct enough that a computer algorithm could clearly sort the women according to whether they’d had a baby.” Some of the gray matter volume changes remained even six years after the mothers gave birth, and whether the gray matter ever returns to its former state is unknown.

You might think that losing gray matter is a bad thing. But the researchers instead hypothesize that this is part of a process of “maturation or “specialization” of the brain’s network associated with social cognition. Their data found associations between gray matter volume loss and brain responses to seeing images of the mothers’ own babies, and suggest there may be some relationship with fine-tuning a mother’s attachment to the infant. (When Conaboy spoke with Hoekzema last year, she was preparing for a larger study on motherhood and the brain.)

It is widely accepted, moreover, that the brain goes through a different stage of “pruning” in adolescence. Conaboy notes a study comparing teenage girls and new mothers — two groups of women with pivotal hormonal changes — that found striking similarities between brain changes that occurred in both groups.

In both life stages, mental health issues are real risks, but from what Conaboy finds, we know less about mood disorders associated with new parenthood than one might think. She writes that “doctors have no widely used, standardized screening tool to identify risk for perinatal mood disorder.” And while selective serotonin reuptake inhibitors — a class of antidepressants — are commonly prescribed, there is little research on how well they work among pregnant and postpartum mothers.

“The brains of men who are regularly engaged in caring for their children change in ways that are strikingly similar to gestational mothers,” Conaboy writes.

For some mothers, as many as 6 percent, the experience of childbirth leads to post-traumatic stress disorder, Conaboy writes, and 17 percent say they have some PTSD symptoms within the first weeks of birth. But Conaboy and the experts she cites emphasize that pregnancy and birth push the body to its limits, and struggling is completely normal. She argues for a greater recognition of the profound changes that occur in a mother’s brain and body, and more mental and physical health support for new mothers in general.

Dipping into the anthropology of motherhood, Conaboy notes the importance of a large support network to help raise a child behind the nuclear family. Grandparents, cousins, aunts, older siblings, neighbors, friends, and others may pitch in to help parents out with their new bundles of joy-but-also-terror. Here, Conaboy explores a concept called the “grandmother hypothesis,” the idea that grandmotherly assistance played a role in human evolution. The theory goes like this: As grandmothers take on some motherly responsibilities like feeding kids, mothers can have additional children faster. In this way, the grandmothers spread their genes, too.

This may have a connection to brain development. Anthropologist Kristen Hawkes and neuroscientist Barbara Finlay argue that if evolution has favored women living long enough to become grandmothers, this may also explain our big human brains: “Longevity is consistently linked to the duration of development in childhood” in mammals and longer development is associated with a bigger brain, Conaboy writes. What’s more, if a mother’s brain has attuned itself for caregiving when she gives birth, and those changes remain in place, that likely sets her up to help out as a grandmother. There is plenty of skepticism about this line of reasoning though, as Conaboy acknowledges (and as I found in my own reporting on the grandmother hypothesis). 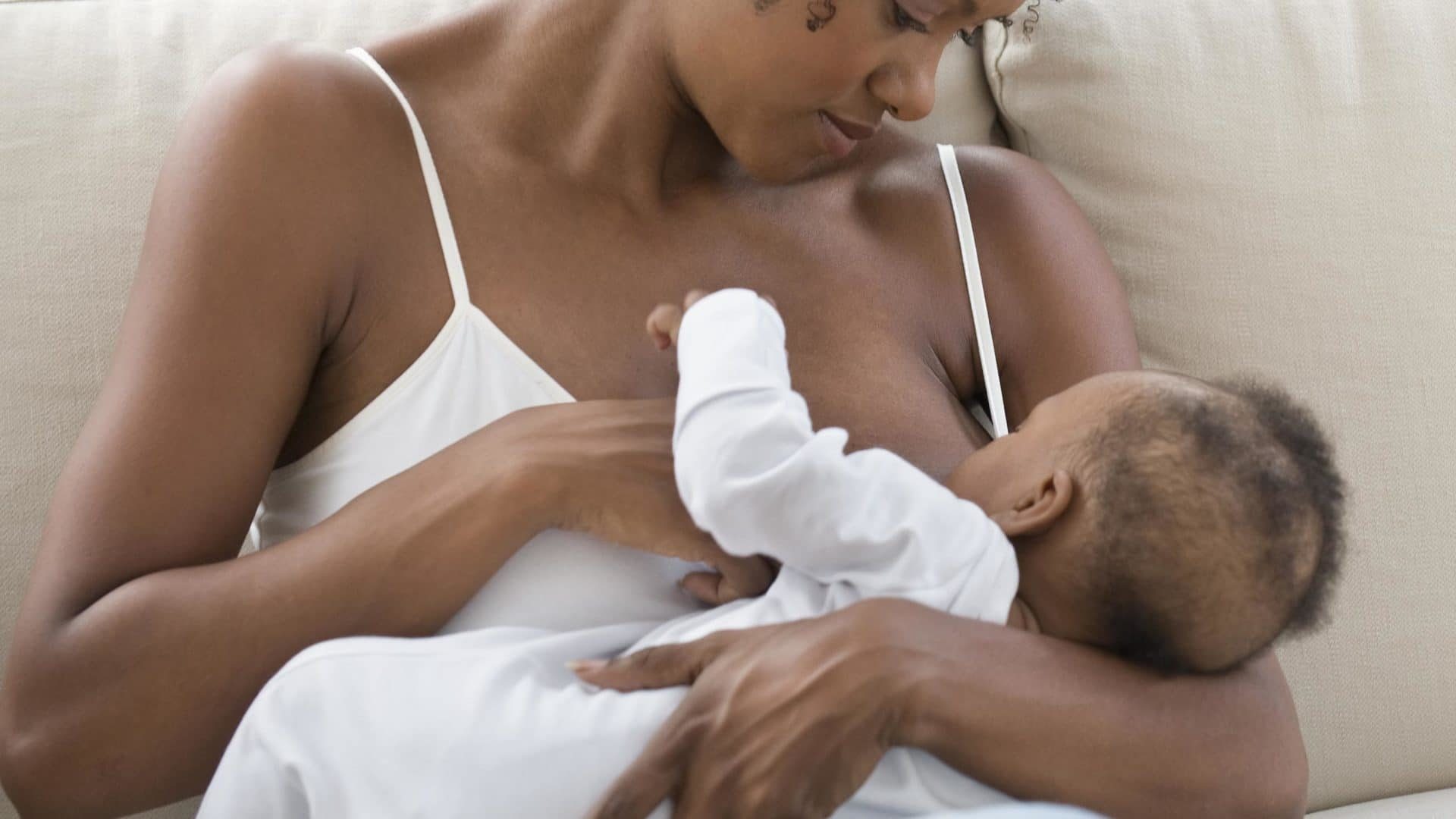 What about that “mommy brain” memory loss phenomenon so many mothers bemoan? The reality is that “there just isn’t a lot of science looking at the brain in the bigger context of a parent’s life,” Conaboy writes. There is some research from Hoekzema’s group, however, looking at the hippocampus, an area crucial for memory storage. They found that the hippocampus “shrinks” and then “rebounds some in the two years after childbirth,” she writes.

Surprisingly, the lack of sleep that notoriously accompanies new parenthood has not been extensively studied in connection with new mothers’ changing brains. “Sleep deprivation is known to hamper memory-encoding activity in the hippocampus,” Conaboy notes, and Hoekzema’s team hypothesizes that there could be a connection to the shrinking hippocampus finding. But “How does little sleep and excess stress affect the brains of birthing parents?” is among the unanswered questions that Hoekzema identifies.

At times it seems like Conaboy’s perspectives are based on small correlational studies and speculation. Much of the research on parenthood is in its early stages and involves small numbers of subjects. Research on fatherhood and non-female birthing parents is even more sparse. Even so, Conaboy seems confident that the information she uncovered about how motherhood changes the brain can help expecting parents prepare for their major life transformations and perhaps even instigate social change.

“We don’t need even one more study to know that new parenthood is a time of monumental change at every level of a person’s life, including for their brain,” Conaboy writes. “Social policies in the United States and its broken system for health care delivery have utterly failed to account for that fact. The question is, are we going to do what we need to do to help new parents thrive?”

Elizabeth Landau is a science journalist and communicator living in Washington, D.C. She has contributed to The New York Times, The Washington Post, Quanta Magazine, Smithsonian, and Wired, among other publications. Find her on Twitter at @lizlandau.