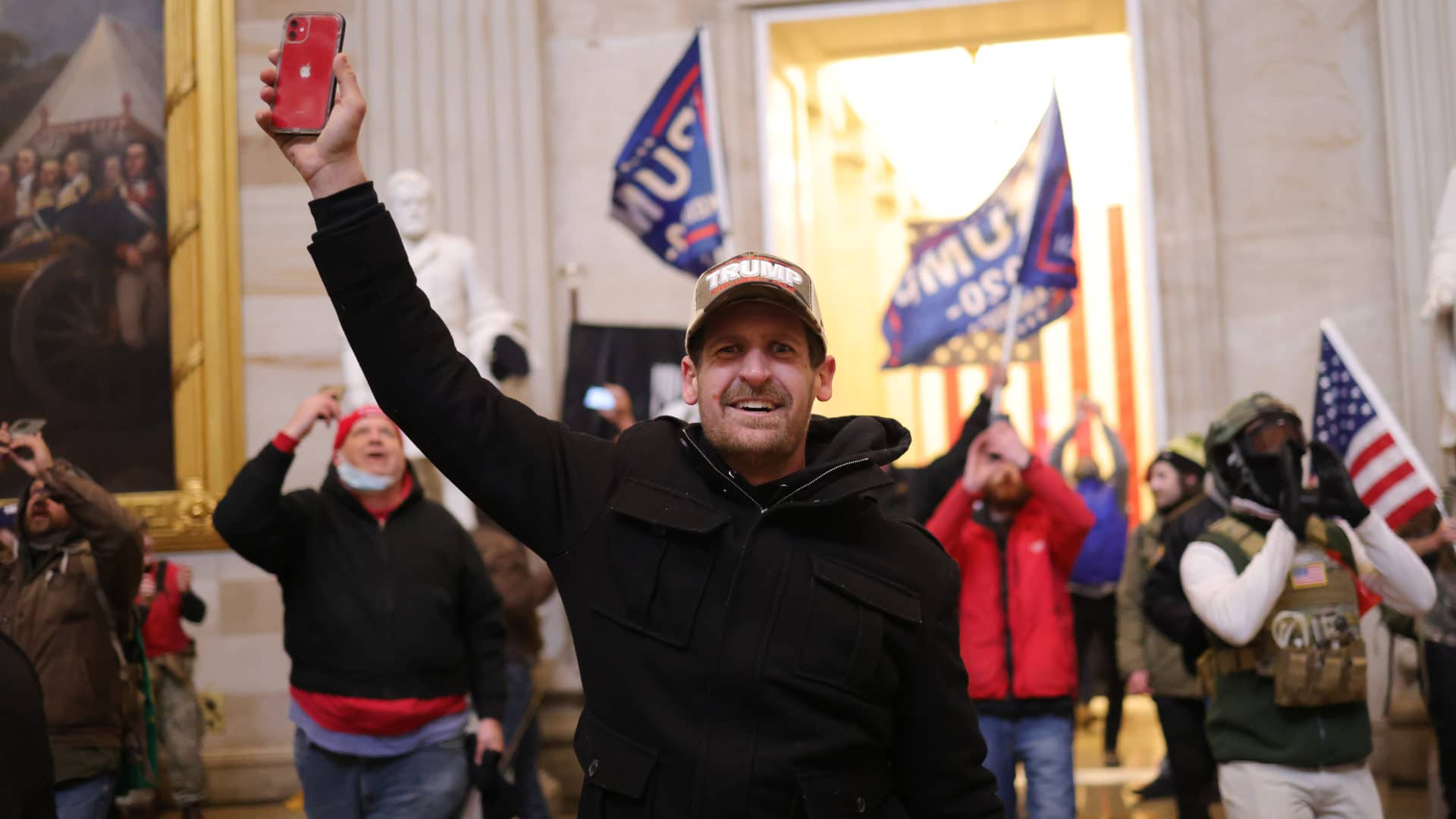 The scenes that played out at the U.S. Capitol on Wednesday will forever live in infamy. As Congress prepared to certify electoral college votes and declare Joe Biden president-elect, thousands of Trump supporters stormed the Capitol Building, vandalizing the halls and occupying the office of the Speaker of the House, Nancy Pelosi.

Photographs and video show a band of insurrectionists that is overwhelmingly White and male. They carried guns, Confederate flags, flags emblazoned with swastikas, QAnon placards, and, according to police, chemical irritants. They scaled exterior walls, climbed scaffolding, smashed windows, hung from balconies, and crashed through the doors of the Senate chamber, one White man charging to the dais and yelling, “Trump won that election!” 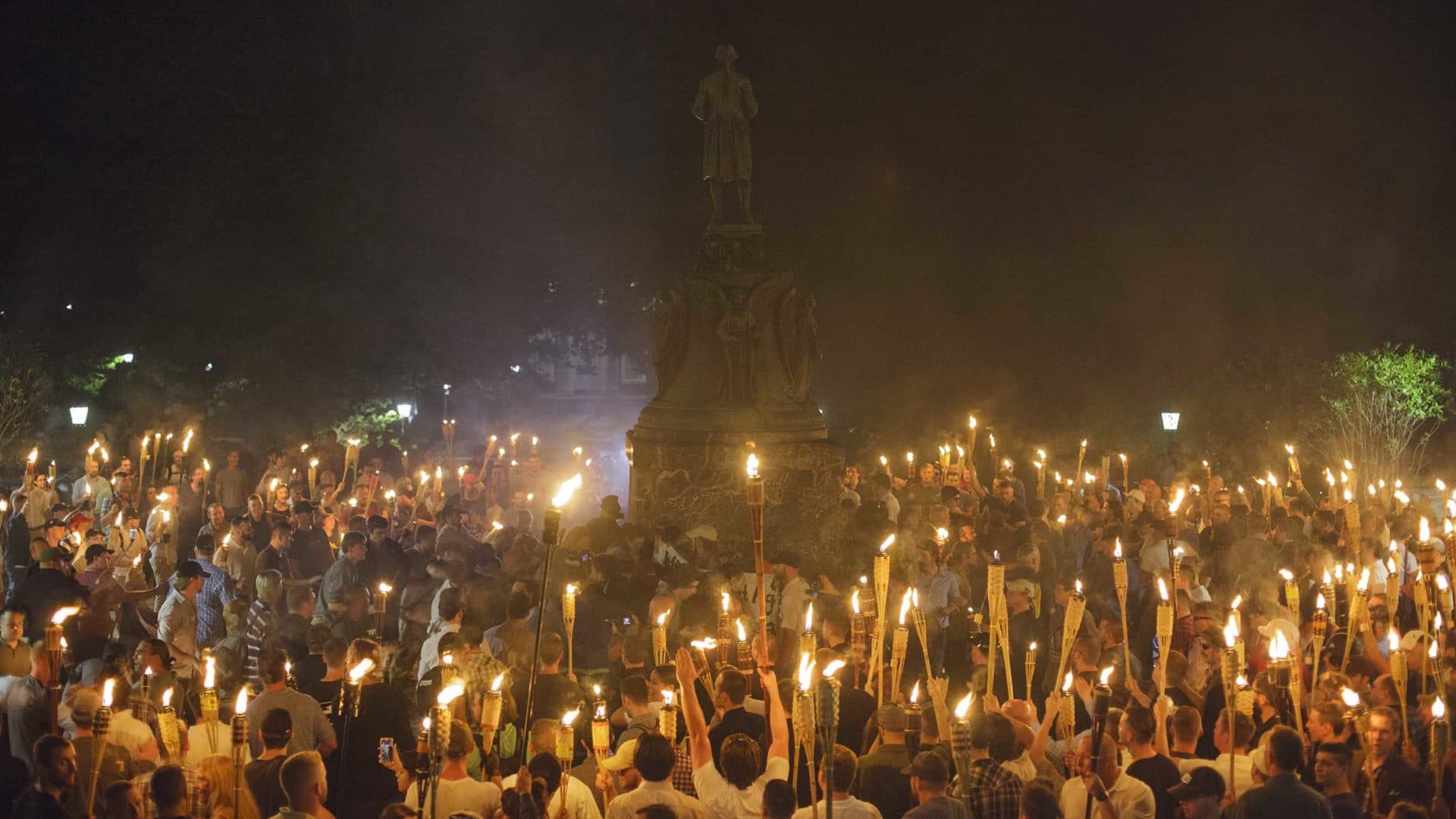 Although it is certainly true that Trump maintains a significant following among White women, his most fervent supporters tend to be White and male. Distributed across a wide swath of socioeconomic status, these men have unwaveringly — and even violently — supported the president, despite the historic risks his administration poses to public health, safety, and American democratic structures and ideals. No shortage of pundits and prognosticators have speculated about the factors underlying this support: Racism? The economy? Fragile masculinity? Class anxiety? Political fear? Sectarianism? In a New York Times op-ed last October, Michael Sokolove suggested that the political gulf between White men and just about everyone else should be dubbed “the White male gap” or “the White male problem.”

But cognitive scientists long ago coined a term for the psychological forces that have given rise to the gendered and racialized political divide that we’re seeing today. That research, and decades of subsequent scholarly work, suggest that if you want to understand the Trump phenomenon, you’d do well to first understand the science of risk perception.

Let’s go back to 1994. That year, a group of researchers led by Paul Slovic published a study that asked about 1,500 Americans across the country how they perceived different kinds of risks, notably environmental health risks. Slovic and his team found that White males differed from White women and non-White men and women in how they perceived risks. For every category of threat, White men saw risk as much smaller and much more acceptable than did other demographic groups. This is what they dubbed “the White male effect.” They also found that White women perceived risks, across the board, to be much higher than White men did, but that this was not true of non-White women and men, who perceived risk at pretty much the same levels, suggesting complexities worthy of further exploration. Eventually, expansions of this study would include a wide range of risks including handguns, abortion, nuclear threat, and capital punishment.

Over the years, subsequent studies would add layers of nuance to the understanding and interpretation of the 1994 results. By 2007, researchers were explaining the White male effect in the context of cultural cognition, demonstrating that it was only indirectly a product of gender and race — that at a fundamental level, it stemmed from differences in cultural identity, socioeconomic security, and attitudes toward egalitarianism and community. But the through-line was that different groups can perceive the same risk through vastly different lenses. And in the case of White men, it is often a lens that seeks to preserve institutionalized cultural identity and societal status. As many observed, there is a stark difference between the response to and treatment of the thousands of Stop the Steal rioters on Wednesday and the response to and treatment of the thousands who gathered in D.C. in June 2020 in support of Black Lives Matter.

Different groups can perceive the same risk through vastly different lenses. And in the case of White men, it is often a lens that seeks to preserve institutionalized cultural identity and societal status.

This helps explain why a wide and well-defined swath of the U.S. public — from the Proud Boys and other extremist groups who have terrorized Washington D.C. in recent weeks, to the senators ripping up the roots of democracy in Congress — are willing to accept the risks of Trump’s rejection of a legitimate election. They perceive an even greater threat around the horizon: a threat to an elevated social status that they imagine only Trump can preserve and restore, a social status that is inevitably linked to race, gender, and religion.

“Individuals selectively credit and dismiss asserted dangers in a manner supportive of their preferred form of social organization,” wrote Slovic and collaborators in a 2007 research paper that rings no less true today. In other words, for certain individuals, supporting Trump is a psychologically palliative response to perceived risks. When this perceived need to protect one’s identity is stoked by people in positions of power, it can turn dangerous and ugly. Identity protective cognition can lead to what Slovic and other researchers call “virtuous violence”— violence that people support or commit because they believe it is morally right. In an August 2020 study, Slovic and a team of researchers found that White conservative men were more likely than all others to support virtuous violence, and “felt socially distant from the enemy, dehumanized them, and believed that the victims were to blame for their fate.”

Of course, echoes of these ideas can be found in much of the speculative theorizing about today’s political polarization and sectarianism. And it’s not hard to imagine why the term “White male effect” would struggle to gain traction in a media landscape dominated by White men. But given the power of this research to explain public perceptions of issues as diverse as nuclear regulation, climate change, food systems, politics, and technology, it would be helpful to share a common language for, and understanding of, its meaning.

Perhaps, in the end, the name we use to describe social and cultural differences in risk perception matters less than what we do about it. This academic research is valuable but should not obfuscate the real-world violence and harm. Virtuous violence is still violence and there is nothing abstract about identity protective cognition’s role in White male supremacy. What the science seems to clearly suggest — and what people like Paul Slovic have observed for decades — is that society’s multiple overlapping crises can’t be solved when governing bodies composed primarily of White men, who are outliers in terms of risk perception, are tasked with making decisions about risks for the entire population. The individuals who hold power over decisions about what’s risky and what’s not should be representative of the community at large, and those individuals should have the agency and authority to be part of the final decision-making.

The rich and rigorous cognitive science of identity, status, and risk unites many of the nuanced threads in the discussion of our current political crisis. It should be an essential component of any analysis that attempts to explain how we arrived at this violent political divide, and it will be an invaluable tool for bridging it.

Catherine Buni (@ckbuni) and Soraya Chemaly (@schemaly) are award-winning writers and frequent collaborators, covering online content moderation, risk, and security in collaboration with Type Investigations. Their stories and essays have been published by TheAtlantic.com, The Verge, OneZero, NBC Think, and others.