In mid-June, the rural coastal towns in Lincoln County, Oregon, experienced a Covid-19 outbreak. In a week, the county’s cases went from five to at least 124, all of them linked to a seafood-processing warehouse in Newport. It quickly became Oregon’s second-largest outbreak since the pandemic began.

Employees at the Lincoln County Public Health Department began contact tracing: They called workers, asking about their symptoms, where they had been and who they had seen, and asked them to quarantine.

“What we found when we were calling to do our contact tracing was that either most of them were Hispanic and spoke Spanish, or didn’t speak Spanish or English,” said Susan Trachsel, a public information officer with the Health Department. Instead, they spoke Indigenous Mayan languages, primarily Mam, but the county lacked the necessary translators. No information about Covid-19 had been relayed in that language.

As the outbreak unfolded, health department staff contacted the Oregon Health Authority. There, community partner outreach program manager Oliver Vera had already been in conversation with local organizers about how to better serve the state’s growing Indigenous immigrant population, often people from Guatemala or Mexico. One idea was a helpline that could connect Indigenous speakers with information in their own language. Jorge Guzman, executive director of Portland-based Vive Northwest, works with translators regularly, and in just three weeks he set up a helpline with four Oregon-, Washington- and Guatemala-based Mam speakers.

The helpline for Lincoln County residents received 35 to 45 calls a week from families with questions about Covid-19 and available resources. If a caller needed further translation assistance in the next step, Vive Northwest could also provide that. The group also created public health videos in 25 different languages, from Vietnamese to Russian to Swahili to Marshallese, a diversity of public health translations that was “something we’ve never seen in Oregon,” Vera said.

This approach differs radically from the past, Vera said, because it lets communities ask for what they need instead of making assumptions. “Oregon is very different than what it used to be 30 years ago,” Vera said; the notions underlying English-forward public health guidance in a pandemic epitomize the state’s blind spots.

Throughout the state, people Indigenous to Latin America are an often overlooked but growing segment of the population. It’s estimated that they make up 40 percent of Oregon’s agricultural workers, including meatpackers, farmworkers, and workers in seafood processing and plant nurseries. And many speak only, or primarily, an Indigenous language; Oregon has at least 22.

The lack of outreach to Indigenous communities isn’t limited to one county. In late September, a coalition of researchers and farmworker rights organizations released a preliminary study of Covid-19’s impacts on farmworkers in Oregon. (Washington is still collecting data.) The study was unique in that it distinguished Indigenous people’s responses from those of other workers, revealing how Indigenous agricultural workers have been disproportionately impacted in almost every way. Altogether, it illuminates the larger problems Indigenous people from Latin America face. 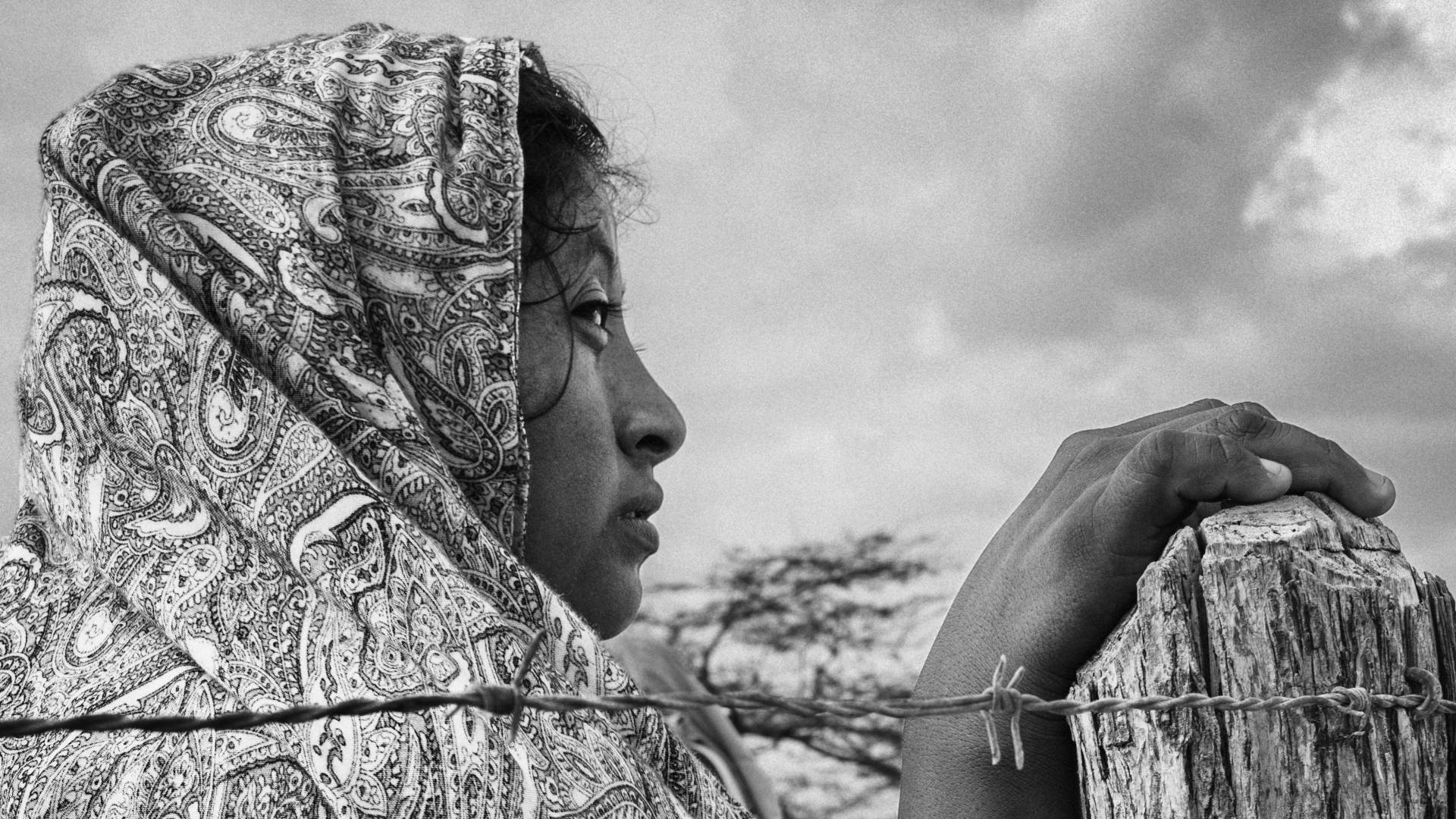 “Because we are not recognized and our identity isn’t a part of the conversation, we do get lost in the larger system, as we’ve seen with Covid-19. We have been left out,” said Juanita Cabrera Lopez (Maya Mam), executive director of the International Mayan League. “Covid-19 has amplified the inequalities and discrimination and lack of resources and erasure of our peoples.”

The past few years have seen an influx of Indigenous immigrants from Latin America to the U.S., said Blake Gentry (Cherokee), who works with Casa Alitas migrant shelter’s Indigenous Languages Office in Tucson, Arizona. Despite multiple federal policies and executive memos requiring that immigrants receive information in their primary language, the federal government doesn’t keep records of Indigeneity, or what language an immigrant speaks. Instead, shelters like Alitas compile their own data from interviews.

“If you don’t ever count someone as Indigenous and you don’t count someone as an Indigenous language speaker, you can’t demonstrate a need that needs to be addressed,” said Gentry. That means that Indigenous people who speak languages like Mam, Mixteco, and Kaqchikel are often assumed to be Spanish-speaking Latinos when they interact with border agencies and immigration courts.

This has also been true of public health agencies dealing with Covid-19. In Arizona, Gentry said, Alitas and Indigenous Alliance Without Borders have been creating and circulating Indigenous language videos and resources in lieu of state health agencies. In Oakland’s Fruitvale district, which has a large Mam community, Covid-19 cases were one of the highest in the county, but Mam translations were not included in state resources.

The Oregon study of Covid-19’s impact on agricultural workers shows the effects on a family level. Over 24 percent of those interviewed were Indigenous, and they described troubles with quarantining and finding medical attention, owing to the cost and possible job loss. Indigenous agricultural workers were more likely than those who were non-Indigenous to struggle to pay for rent, food, and child care, but less likely to know about paid sick leave or efforts like the Oregon Worker Relief Fund. Remittances to families in Guatemala or Mexico had declined or stopped altogether.

“It means information isn’t getting out, particularly for Indigenous workers,” said Lynn Stephen, professor of anthropology at the University of Oregon, who has worked with Indigenous migrants for 20 years and interviewed farmworkers in the study.
Respondents also said that workplace safety was often not communicated or translated. Sometimes, Covid-19 precautions were impossible to follow, given the close quarters in packinghouses and nursery farms. “There are many people who do not speak (Spanish). Most speak Mam,” said one anonymous fruit-tree farmworker in Woodburn, Oregon. “There is a company I know where most workers speak Mam, 50 percent who do not speak Spanish. Nobody translates.”

“Because we are not recognized and our identity isn’t a part of the conversation, we do get lost in the larger system, as we’ve seen with Covid-19. We have been left out,” said Lopez.

Newer communities, like those in Newport, can prove difficult for grassroots organizers and others to contact, and for good reason, Stephen said. One-third of Oregon’s farmworkers are undocumented; one Indigenous farmworker told Stephen that when his family kept an appointment with Immigration and Customs Enforcement, his wife and daughter were detained and deported. “That’s the context that people operate in in daily life,” Stephen said. “So they don’t answer calls from people they don’t know.”

The helpline created by Guzman and Vera is still operating and is used by callers in at least three other Oregon counties, but its future is uncertain. Calls had slowed after the summer outbreak, but in October, Oregon experienced massive wildfires at an unprecedented scale. Swaths of the Coast Range — including Lincoln County — burned, and evacuation orders were issued. Air-quality warnings from the thick, hazardous smoke were in effect for weeks, impacting agricultural workers outside. Evacuation alerts sent in the middle of the night didn’t include Spanish or Indigenous languages, though translations in Spanish were sent out within 24 hours. The number of calls to the helpline rose again, including one that Guzman recalls vividly: A Mam family, who lost their house in the wildfires, called asking where to find mattresses and blankets. It’s difficult to imagine how the family would have found that information in rural Oregon without speaking with someone in the right language. “I think this is an opportunity that could really translate outside of Covid into other needs,” Guzman said, “And, hopefully, help us make decisions going forward as to how to best support them.”

At the end of October, Stephen and others involved in Oregon’s farmworker study presented their findings and made policy recommendations to Oregon state legislators, hoping to strengthen support for frontline agricultural workers, including mandated trainings in the worker’s primary language. Other recommendations include expanding aid funds and re-enforcing anti-retaliation and workplace protections to lessen the fear of job loss if a worker takes time off or sick leave. Until policymakers account for and reverse the erasure of Indigenous people — in Covid-19 relief and elsewhere — advocates fear that they will continue to be underserved and underrepresented. “We are being critically affected across the country,” Cabrera Lopez said. “But we’re not on the radar. For them to respond, they need to realize we exist and are at that table.”

This story was originally published at High Country News (hcn.org) on November 30, 2020.