In the waning days of the campaign, President Donald Trump complained repeatedly about how the United States tracks the number of people who have died from Covid-19, claiming, “This country and its reporting systems are just not doing it right.”

He went on to blame those reporting systems for inflating the number of deaths, pointing a finger at medical professionals, who he said benefit financially.

All that feeds into the swirling political doubts that surround the pandemic, and raises questions about how deaths are reported and tallied.

We asked experts to explain how it’s done and to discuss whether the current figure — an estimated 237,000 deaths since the pandemic began — is in the ballpark. 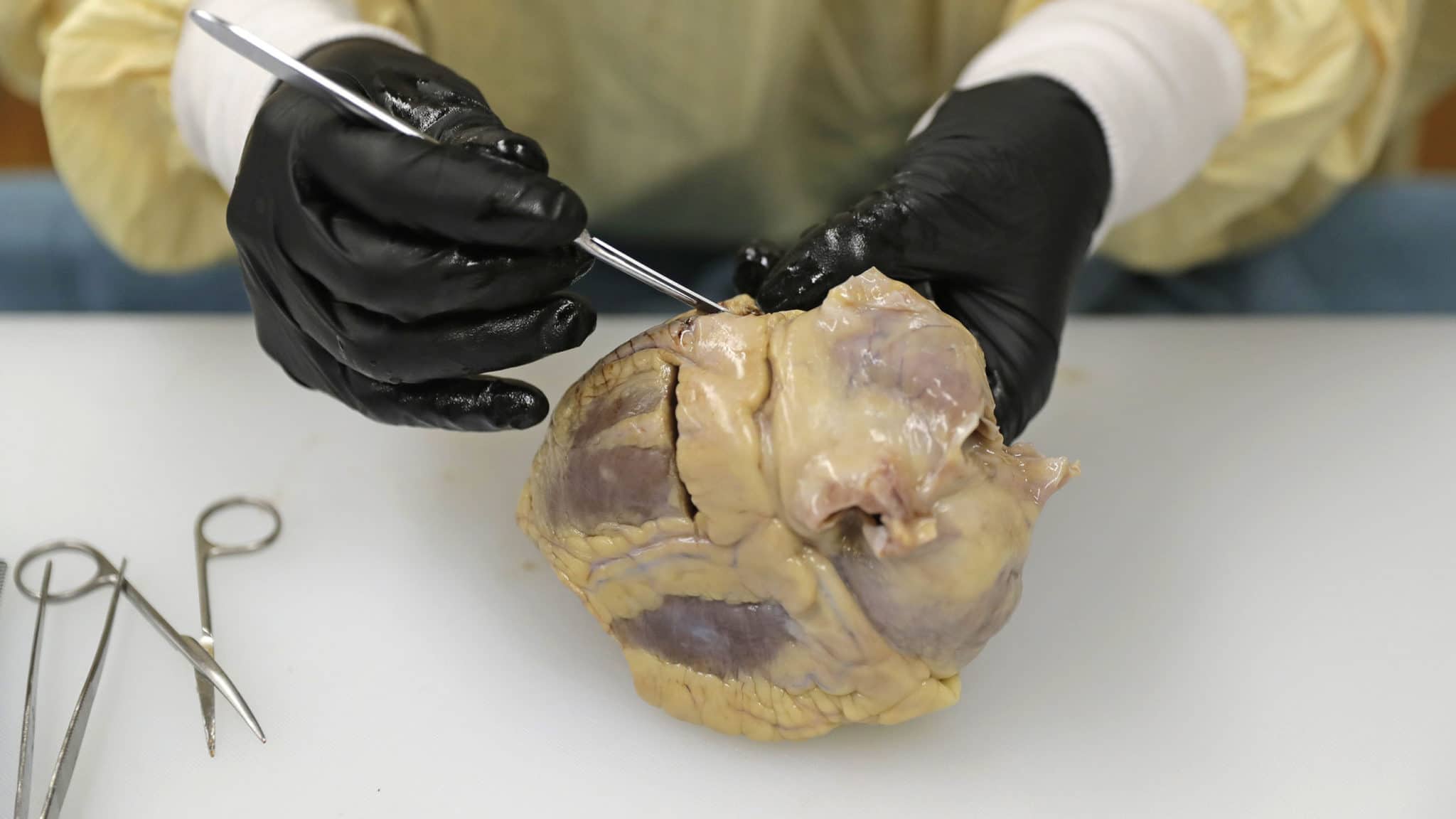 Autopsies Were in Decline. Then Came Covid-19.

Trump’s recent assertions have fueled conspiracy theories on Facebook and elsewhere that doctors and hospitals are fudging numbers to get paid more. They’ve also triggered anger from the medical community.

“The suggestion that doctors — in the midst of a public health crisis — are overcounting Covid-19 patients or lying to line their pockets is a malicious, outrageous, and completely misguided charge,” Dr. Susan R. Bailey, American Medical Association president, said in a press release.

There is one financial difference. Medicare, the government health program for the elderly and disabled, pays 20 percent on top of its ordinary reimbursement for Covid patients — a result of the CARES Act, the federal stimulus bill that passed in the spring.

That additional payment applies only to Medicare patients.

Experts say there is simply no evidence that physicians or hospitals are labeling patients as having Covid-19 simply to collect that additional payment. Rick Pollack, president and CEO of the American Hospital Association, wrote an opinion piece in September addressing what he called the “myths” surrounding the add-on payments. While many hospitals are struggling financially, he wrote, they are not inflating the number of cases — and there are serious disincentives to do so.

“The Covid-19 code for Medicare claims is reserved for confirmed cases,” he wrote, and using it inappropriately can result in criminal penalties or a hospital being kicked out of the Medicare program.

Public health officials and others also pushed back.

Said Jeff Engel, senior adviser for Covid-19 at the Council of State and Territorial Epidemiologists: “Public health is charged with the duty to collect accurate, timely, and complete data. We’re not incentivized to overcount or undercount for any political or funding reason.”

And what about medical examiners? Are they part of a concerted effort to overcount deaths to reap financial rewards?

“Medical examiners and coroners in the U.S. are not organized enough to have a conspiracy. There are 2,300 jurisdictions,” said Dr. Sally Aiken, president of the National Association of Medical Examiners. “That’s not happening.”

Still, there’s an ongoing debate about which mortalities should be considered Covid deaths.

While many hospitals are struggling financially, Pollack wrote, they are not inflating the number of cases — and there are serious disincentives to do so.

The Centers for Disease Control and Prevention, as well as nongovernmental organizations like the Covid Tracking Project and Johns Hopkins University, compile daily data on Covid deaths. Their statistics rely on state-generated data, which begins at the local level.

States have leeway to decide how to gather and report data. Many rely on death certificates, which list the cause of death, along with contributing factors. They are considered very accurate but can take one to two weeks to be finalized because of the processes involved in filling them out, reviewing, and filing them. These reports generally lag behind testing and hospitalization data.

The other way deaths get reported is through what’s known as the case classification method, which reports deaths of people with previously identified cases of Covid, whether listed as confirmed or probable. Confirmed Covid deaths are affirmed by a positive test result. Probable Covid deaths are classified by using medical record evidence, suspected exposure or serology tests for Covid antibodies. The case classification method is faster than using death certificates and makes the data available in a more real-time fashion. Epidemiologists say this information can be helpful in gaining an understanding in the midst of an outbreak of how many people are dying and where.

Some experts point out that, while both methods have their virtues, each shows a different mortality count at a different time, so the best practice is to gather both sets of information.

The federal government, though, has offered conflicting guidance. The National Center for Health Statistics, an arm of the CDC, recommends primarily using death certificate data to count Covid deaths. But in April, the CDC asked jurisdictions to start tracking mortality based on probable and confirmed case classifications. Most states now gather data only one of the two ways, though a couple use both.

This patchwork approach does lead to conflicting data on total deaths.

For the most part, public health researchers and medical examiners agree that Covid deaths are likely being undercounted.

“It’s very hard in a situation moving as rapidly as this one, and at such a large scale, to be able to count accurately,” said Sabrina McCormick, an associate professor in environmental and occupational health at George Washington University.

For one thing, the processes for certifying deaths vary widely, as does who fills out the death certificates. While physicians certify most death certificates, coroners, medical examiners and other local law enforcement officials can also do so.

Aiken, the medical examiner of Spokane County, Washington, said any time someone in her area dies at home and may have had Covid symptoms, the deceased person will automatically be tested for the disease.

But that doesn’t happen everywhere, she added, which means some who die at home could be omitted from the count.

It’s also unknown how accurate post-mortem Covid testing is, because there haven’t yet been any research studies on the practice — which could lead to missed cases.

Another wrinkle: Doctors in hospitals might not always be trained in the best practices for filling out death certificates, Aiken said.

“These folks are dealing with ERs and ICUs that are crowded. Death certificates are not their priority,” she said.

Emergency room doctors acknowledged the challenges, noting they don’t always have the resources that coroners and medical examiners do to perform autopsies.

“Much of the time, we don’t have an answer as to the final reason that a person died, so we are often stuck with the old cardiopulmonary arrest, which coroners and certifiers hate,” said Dr. Ryan Stanton, a Lexington, Kentucky, ER doctor and board member of the American College of Emergency Physicians.

“It’s very hard in a situation moving as rapidly as this one, and at such a large scale, to be able to count accurately,” said McCormick.

That gets to how complex it is to determine what, exactly, caused a death — and what some say is a confusion between who died “with” Covid-19 (but may have had other underlying conditions that caused their death) and who died directly “of” Covid-19.

John Fudenberg, the former coroner for Clark County, Nevada, which surrounds Las Vegas, said including some of those who died with Covid-19 could result in an overcount.

“As a general rule, if someone dies with Covid, it’s going to be on the death certificate, but it doesn’t mean they died from Covid,” said Fudenberg, now executive director of the International Association of Coroners and Medical Examiners. For example, “if somebody has end-stage pancreatic cancer and Covid, did they die with Covid or from Covid?”

That question has proven controversial, and Trump has claimed that counting those who died “with Covid” has led to an inflation of the numbers. But most public health experts agree that if Covid-19 caused someone to die earlier than they normally would have, then it certainly contributed to their death. Additionally, those who certify death certificates say they list only contributing factors that are certain.

“Doctors don’t put things on death certificates that have nothing to do with the death,” said Dr. Amesh Adalja, senior scholar at the Johns Hopkins Center for Health Security.

Covid-19 can directly lead to death in someone with cancer or heart problems, even if those conditions were also serious or even expected to be fatal, he said.

And the claim that some states are counting people who die in car accidents, but also test positive for Covid-19, as Covid deaths is just plain unfounded, experts said.

“I can’t imagine a scenario where a medical examiner would test someone for Covid who died in a motor vehicle accident or a homicide,” said Engel, at the epidemiologists council. “I think that’s been greatly exaggerated on the internet.”

“Doctors don’t put things on death certificates that have nothing to do with the death,” said Adalja.

An additional approach to determining the pandemic’s scope has emerged, and many experts increasingly point to this measure as a useful indicator.

It relies on a concept known as “excess deaths,” which involves comparing the total number of deaths from all causes in a given period with the same period in previous years.

A CDC study estimated that almost 300,000 more people died in the U.S. this year from late January through October 3 than in previous years. Some of those excess deaths were no doubt Covid cases, while others may have been people who avoided medical care because of the pandemic and then died from another cause.

These excess deaths are “the best evidence” that undercounting is ongoing, said Dr. Jeremy Faust, an ER doctor at Brigham and Women’s Hospital in Boston. “The timing of the excess deaths exactly parallels the Covid deaths, so when Covid deaths spike, all causes of deaths spike. They are hugging each other like parallel train tracks on a graph.”

Faust believes the majority of the excess deaths should be attributed in some way to Covid-19.

Even so, it’s unclear if we’ll ever get an accurate count.

Aiken said it is possible but could take years. “I think eventually, when this is said and done, we’ll have a pretty good count,” she said.

McCormick, of George Washington University, isn’t as sure, mostly because the number has become a flashpoint.

“It will always be a controversy, especially because it’s going to be so politically charged,” she said. “I don’t think we’ll come to a final number.”