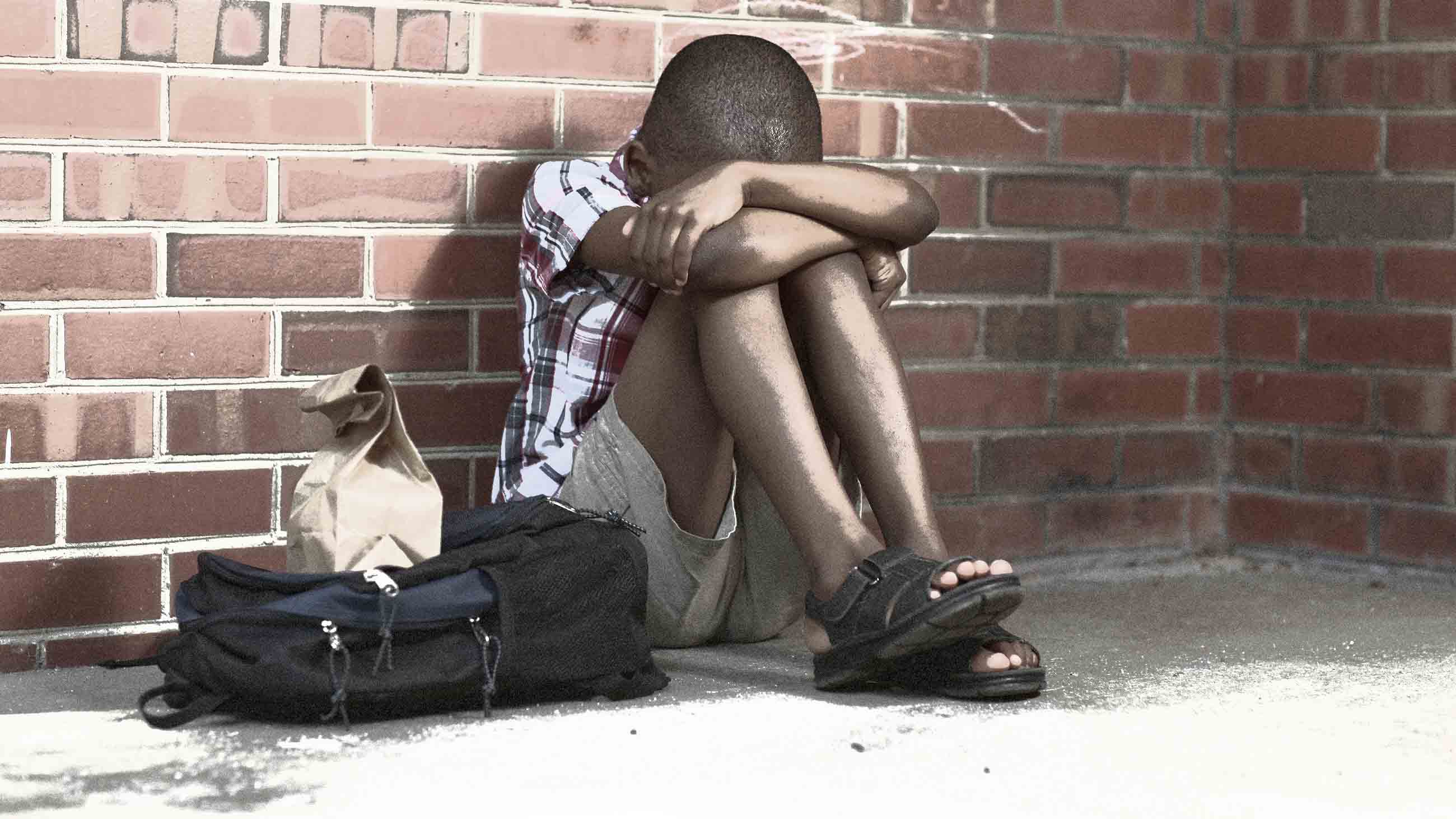 Eight years ago, New York University sociologist Patrick Sharkey published a paper whose conclusions shook the worlds of criminology and adolescent psychology. Researchers had long known that children exposed to violence and crime had poorer measures of memory, attention, planning, and focus — the cognitive processes collectively known as executive function — than peers whose lives were violence-free. But what Sharkey found, using data on 6,000 Chicago homicides from 1994 to 2002, was that a killing in a child’s neighborhood could significantly lower his or her scores on standardized tests — even if the child did not witness the killing or know the victim.

He proposed that post-traumatic stress caused by exposure to violence could explain about half of the “achievement gap” between black and white students — a disparity that leads to persistent inequalities in education, income, careers, housing, and more.

Similar findings have been documented in more recent studies, but one question has continued to vex researchers: Why? How does even indirect violence get under a child’s skin and into the brain? Now some intriguing interdisciplinary research — by psychologists, economists, and sociologists — suggests that a large part of the answer may lie in two biological pathways: sleep and the stress hormone cortisol.

Researchers at Northwestern University, DePaul University, and NYU (including Sharkey) looked at 82 adolescents aged 11 to 18 who attended public schools in a “large Midwestern city.” (The school system asked for anonymity to participate in the study.) At least half the students had at least one violent crime in their neighborhood during the participation period, according to geocoded police report data collected by the researchers. The students wore activity-tracking watches that measured sleep-wake patterns, and most of them delivered three saliva samples daily for measuring cortisol levels.

The key finding of the study: Exposure to violent crime disrupts children’s sleep patterns and elevates their cortisol levels on the day following a violent crime in their neighborhood. The changes were largest when the crime was homicide, moderate for assault and sexual assault, and nonexistent for robbery. The study, which appeared in the journal Child Development, is believed to be the first to examine the short-term effects of proximity to violent crime on stress hormones and sleep.

The hypothalamic pituitary adrenal axis is our central stress response system. The hypothalamus, a small region at the base of the brain, is crucial in regulating body temperature, hunger, thirst, sleep, and emotional activity. When a stressful event is detected or anticipated, the hypothalamus, through a series of steps, triggers the release of cortisol from the adrenal glands into the bloodstream. Almost every cell in the body contains receptors for cortisol, so it has many different actions. Unlike the hormones adrenaline and insulin, cortisol crosses the blood-brain barrier so it can deliver glucose for energy and to assist in memory. But elevated cortisol levels resulting from stress can have just the opposite effect, contributing to declines in performance, planning, and forming and recalling short-term memories.

The study found that cortisol levels were elevated the morning after a violent crime occurred nearby, suggesting that the body was anticipating more stress. “It could be hearing police sirens or seeing police cars driving by at night. It could be hearing about [the crime] from someone else,” said the study’s lead co-author, Jennifer A. Heissel, an assistant professor of economics at the Naval Postgraduate School in Monterey, California. (Heissel researches labor economics and how sleep and stress affect performance; she conducted the study as part of her doctoral research at Northwestern.) “It could be a combination of several factors,” she added. “We weren’t able to poke at it as much as we would have liked because of the small sample size.”

Students in the study went to sleep two hours later, on average, on nights when a violent crime occurred nearby than on nights after a crime-free day. They got about an hour less sleep.

While sleep isn’t often thought of as a “stress system,” said Emma K. Adam, a developmental psychologist and professor of human development and social policy at Northwestern, it is “extremely responsive to stressful events.” Adam specializes in the psychobiology of stress and sleep and is a faculty fellow at the Institute for Policy Research. “At times when you are actively in a situation of danger or even perceive increased danger around, you sleep more lightly, it takes you longer to fall asleep, and your sleep is less restful than at times when you feel more safe,” Adam said. “Those subtle differences in feelings of safety can have real implications for sleep,” which in turn, she explained, can affect “cognition, attention, and performance during the day.”

Even though violent crime rates are generally declining nationwide, violence remains a persistent public health challenge that is often concentrated in lower-income urban and rural regions. Chicago has experienced a crescendo of retaliatory gun violence disproportionately concentrated among a handful of predominantly African-American and Latino communities on the city’s South and West Sides, with more than 1,600 shootings and more than 270 deaths this year alone. African-American youth in Chicago are seven to 10 times as likely as their white peers to be exposed to violent crimes such as homicide, mugging, and robbery, according to research by Dexter R. Voisin of the University of Chicago’s School of Social Service Administration and its Center for the Study of Race, Culture, and Politics.

Voisin, who was not involved with the Heissel study, wrote in an email that it “looks fine and is backed by other studies,” adding that, “with loss of sleep over time, the brain loses ability to clean itself and can cause [attention deficit disorder] in youth.”

A growing body of research has documented the connection between violence and academic achievement. Among several projects by the Johns Hopkins sociologist Julia Burdick-Will, for example, is a longitudinal study using Chicago crime report and standardized testing data. She found that “children from more violent neighborhoods fall farther behind their peers from safer neighborhoods as they progress through school.”

Heissel has co-authored a paper in the journal AERA Open that offers more insight into how these biological responses — stress, cortisol, sleep — may affect standardized test performance and contribute to the achievement gap between black and white students. The paper reviews recent literature on racial disparities in biological stress response and sleep. For instance, a studies have found that African-Americans experience shorter sleep duration and lower sleep quality; the researchers of the AERA paper argue that these disparities can impair cognition and executive function among those exposed to violence and stress. The paper was co-authored with Adam, Heissel’s doctoral adviser at Northwestern, and Dorainne J. Levy, a social psychologist and postdoctoral fellow at Indiana University.

The study in Child Development was relatively small in sample size. Still, the researchers say the data is a call to action for further study and targeted interventions by urban school districts.

“We were not able to look at subgroups,” said Heissel. “Will [students] have a stronger reaction to violence in a low-crime area? Or will there be a higher reaction in high-crime areas?” Is there a different reaction among males and females, she wondered. “We don’t know because we don’t have enough people.”

Rod McCullom has written for Undark, ABC News, The Atlantic, The Nation, and Scientific American, among other publications. In 2015-2016, he was a Knight Science Journalism fellow at MIT.