The intake pumps that once drew 6 million gallons of water a day from the Oostanaula River now sit mostly dormant in the northwestern Georgia city of Rome.

Local officials contend that years of contamination miles upstream sent toxic perfluoroalkyl and polyfluoroalkyl substances, known as PFAS, into Rome’s water supply, rendering it potentially dangerous for the city’s roughly 37,000 residents. A water source switch from the Oostanaula and added treatment have reduced the traces of the chemicals running through residents’ taps, but they have not eliminated PFAS from the community’s water supply.

Test results that found contamination in Rome have echoed in communities across the country as researchers and regulators grapple with concerns over the implications of consuming the ubiquitous chemicals. Now, the Environmental Protection Agency is accelerating the debate. In June, the EPA issued new advisories on PFAS in drinking water that slash the level that regulators consider safe for four chemicals in the family, including two of the most common, PFOA and PFOS. 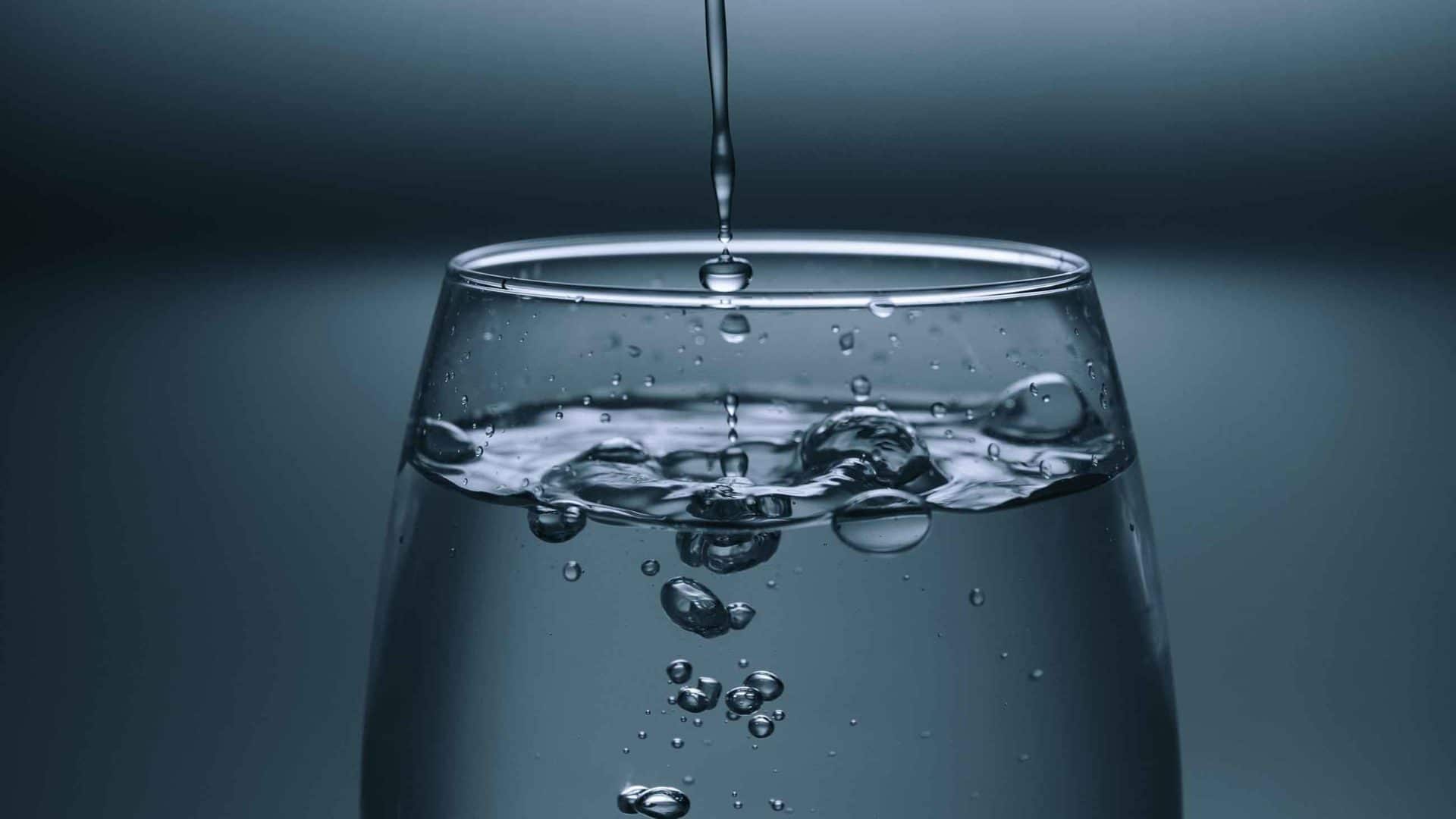 The EPA health advisories are not legally enforceable. But the agency this year is expected to propose new limits on PFAS in public water systems. If those drinking water regulations mirror the EPA’s latest advisories, water system operators nationwide will need to act to address the presence of those chemicals.

“It’s quite an important message,” said Philippe Grandjean, a PFAS expert and an adjunct environmental health professor at the Harvard T.H. Chan School of Public Health. “This stuff is everywhere.’’

The Environmental Working Group, a research and advocacy organization that tracks PFAS, said it has logged more than 2,800 sites in the U.S. that have PFAS contamination. Public records show the chemicals have turned up in water samples collected from home water wells, churches, schools, military bases, nursing homes, and municipal water supplies in small towns like Rome and big cities like Chicago.

They also are present in nearly every American’s blood, according to studies. And some PFAS compounds bioaccumulate — meaning that chemical concentrations are not easily cleared in the body and instead increase over time as people consume trace amounts each day.

“There has been a dramatic increase in advocacy and public awareness about PFAS,” said Alissa Cordner.

In July, a report from the National Academies of Sciences, Engineering, and Medicine said PFAS testing should be offered to people who have likely been exposed to high levels through their jobs or those living in areas with known PFAS contamination. Grandjean, who helped review the report for the National Academies, said the committee concluded that “people have a right to know their exposure level and to be offered proper health care follow-up.” He said that doing so is “very important and, in my mind, necessary.”

Both the EPA advisories and the National Academies’ report follow steady grassroots efforts to curb PFAS chemicals, which have been used in consumer products for decades. Since their invention in the 1940s, the compounds — known by the moniker “forever chemicals” because they don’t break down quickly — have been widely applied to household and industrial products, including carpet, waterproof clothes, and nonstick cookware.

PFAS’ presence in firefighting foam, food packaging, and even dental floss poses an ongoing challenge. And efforts to reduce PFAS resemble the often-frustrating, decades-long campaign to eliminate another environmental hazard — lead — from homes, soil, and water.

“There has been a dramatic increase in advocacy and public awareness about PFAS,” said Alissa Cordner, an expert on the chemicals and an environmental sociology professor at Whitman College in Walla Walla, Washington.

In their report, researchers for the National Academies said they found links between exposure to PFAS and four health conditions: decreased immune response, elevated cholesterol, decreased infant and fetal growth, and increased risk of kidney cancer. The report also found a possible association between the chemicals and breast cancer, changes in liver enzymes, increased risk of testicular cancer, and thyroid disease.

And EPA officials said the agency’s latest advisories are based on new science and account for indications “that some negative health effects may occur with concentrations of PFOA or PFOS in water that are near zero.”

Most states don’t regulate PFAS, though.

That makes the EPA advisories important, said Jamie DeWitt, a professor of pharmacology and toxicology at East Carolina University. “The message from the EPA is that if these PFAS can be detected in drinking water, they pose health risks,” she said.

The American Chemistry Council, an industry trade group, pushed back against the advisories and recently asked a federal court to vacate them, saying that the agency process was “scientifically flawed and procedurally improper” and set “impossibly low standards for PFOA and PFOS in drinking water.” In a June statement, the council said PFAS have important uses, including in renewable energy efforts and medical supplies.

“The persistence of PFAS means we’ll be dealing with this for a long time,” Cordner said. “Because of their sheer quantity, we need to treat PFAS as a class. We can’t go chemical by chemical.”

One producer of PFAS, 3M, said in a statement that the company “acted responsibly in connection with products containing PFAS and will vigorously defend its record of environmental stewardship.”

The compounds’ development took off with initial hits in Teflon and later Scotchgard. There are 12,000 variations of them now, but only about 150 are being studied by scientists and government agencies, DeWitt said.

U.S. manufacturers voluntarily phased out PFOS and PFOA, the two most extensively produced, but they’re still found in drinking water. The city of Rome is among 10 North Georgia communities where PFOS or PFOA have been found in drinking water supplies at higher levels than the EPA advisories declare is safe, the state’s environmental regulatory agency said.

Six years ago, officials in Rome were forced to switch the city’s water supply from the Oostanaula to the nearby Etowah River, a brownish tributary that merges with the Oostanaula near a downtown bridge. Years of chemical contamination in the Oostanaula that Rome officials said begins dozens of miles upstream in Dalton made the water potentially dangerous. They said that in Dalton, the epicenter of U.S. carpet manufacturing, industrial waste containing PFAS has leached into the Conasauga River, which flows into the Oostanaula.

The chemicals have drawn a flurry of litigation over the past two decades.

Officials in Rome plan to build a $100 million reverse-osmosis filtering system to remove the chemicals from the city’s water supply. Ratepayers will foot the bill, although a lawsuit filed by the city against carpet manufacturers and their chemical suppliers aims to recover those costs. A separate lawsuit filed by a Rome resident and ratepayer levies similar accusations against the upstream companies. Defendants in the two Rome-based suits have denied the allegations.

The EPA announced $1 billion in grant funding so states can address PFAS and other contaminants in drinking water. But modifications to public water systems nationwide will likely outstrip that allocation quickly.

Downstream from Rome, officials in the Alabama cities of Centre and Gadsden have reported high levels of PFAS in the Coosa River and filed lawsuits against carpet makers. The Gadsden lawsuit is expected to go to trial in October.

The chemicals have drawn a flurry of litigation over the past two decades. A Bloomberg Law analysis found more than 6,400 PFAS-related lawsuits filed in federal courts between July 2005 and March 2022.

Substantial payouts have followed. DuPont and Chemours, which made PFAS products for decades, settled more than 3,500 lawsuits in 2017 for more than $670 million. Both companies denied wrongdoing. And 3M settled a lawsuit from the state of Minnesota for $850 million. The same company settled litigation in the Decatur, Alabama, area for $98 million.

The EPA now should cast a broader net to consider the wide variety of the chemicals, Cordner said. “The persistence of PFAS means we’ll be dealing with this for a long time,” she said. “Because of their sheer quantity, we need to treat PFAS as a class. We can’t go chemical by chemical.” Pollution Is in Your Blood. Is That Legal Battery?

EPA spokesperson Tim Carroll said in an email to KHN that the agency is working to divide the large class of PFAS into smaller categories based on similarities such as chemical structure, physical and chemical properties, and toxicological properties. That work, he said, would “accelerate the effectiveness of regulations, enforcement actions, and the tools and technologies needed to remove PFAS from air, land, and water.”

In the meantime, some companies and the military have moved to stop using the chemicals.

Two years ago, Home Depot and Lowe’s said they wouldn’t sell carpets or rugs with PFAS in them. This year, the textile manufacturer Milliken said it would eliminate all PFAS from its facilities by the end of 2022.

A handful of flooring companies have followed suit. Dalton-based Shaw Industries, a defendant in the Rome lawsuits, said it has stopped using PFAS in soil and stain treatments for residential and commercial carpet products.

The Coosa River Basin Initiative, a Rome-based environmental advocacy organization, has been tracking the PFAS issue closely. Its executive director, Jesse Demonbreun-Chapman, said the EPA has moved “at lightning speed” on PFAS, compared with other agency actions.

But unless the eventual regulations are sweeping and the cleanups extensive, he said, “we the people will be guinea pigs for PFAS-related health problems.”

Andy Miller is a Senior Editor at Kaiser Health News. Miller has been a health care journalist for 29 years.