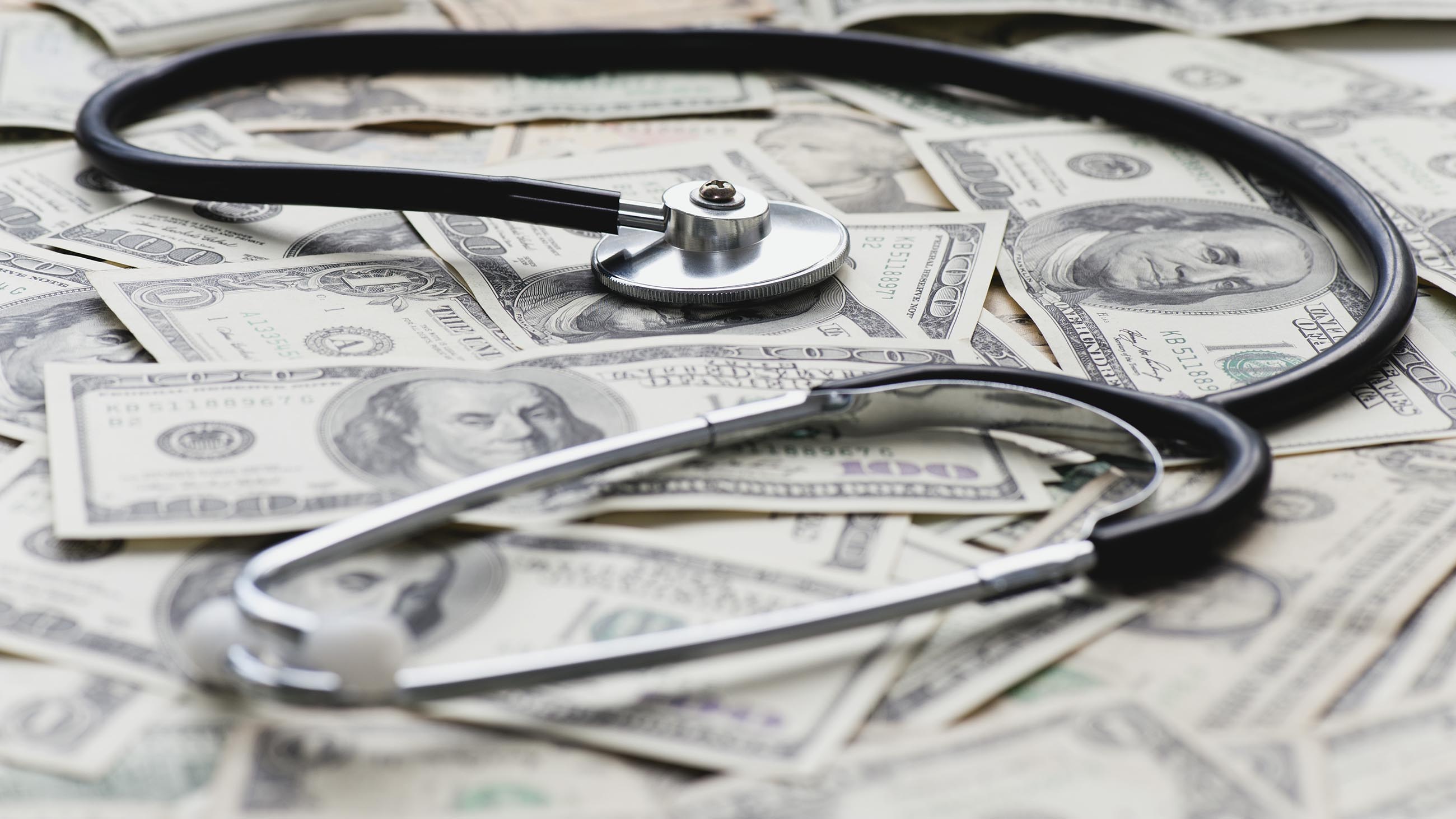 A group of emergency physicians and consumer advocates in multiple states are pushing for stiffer enforcement of decades-old statutes that prohibit the ownership of medical practices by corporations not owned by licensed doctors.

Thirty-three states plus the District of Columbia have rules on their books against the so-called corporate practice of medicine. But over the years, critics say, companies have successfully sidestepped bans on owning medical practices by buying or establishing local staffing groups that are nominally owned by doctors and restricting the physicians’ authority so they have no direct control. These laws and regulations, which started appearing nearly a century ago, were meant to fight the commercialization of medicine, maintain the independence and authority of physicians, and prioritize the doctor-patient relationship over the interests of investors and shareholders.

Those campaigning for stiffer enforcement of the laws say that physician-staffing firms owned by private equity investors are the most egregious offenders. Private equity-backed staffing companies manage a quarter of the nation’s emergency rooms, according to a Raleigh, North Carolina-based doctor who runs a job site for ER physicians. The two largest are Nashville, Tennessee-based Envision Healthcare, owned by investment giant KKR & Co., and Knoxville, Tennessee-based TeamHealth, owned by Blackstone.

Court filings in multiple states, including California, Missouri, Texas, and Tennessee, have called out Envision and TeamHealth for allegedly using doctor groups as straw men to sidestep corporate practice laws. But those filings have typically been in financial cases involving wrongful termination, breach of contract, and overbilling.

Now, physicians and consumer advocates around the country are anticipating a California lawsuit against Envision, scheduled to start in January 2024 in federal court. The plaintiff in the case, Milwaukee-based American Academy of Emergency Medicine Physician Group, alleges that Envision uses shell business structures to retain de facto ownership of ER staffing groups, and it is asking the court to declare them illegal.

“We’re not asking them to pay money, and we will not accept being paid to drop the case,” said David Millstein, lead attorney for the plaintiff. “We are simply asking the court to ban this practice model.”

The physician group believes a victory would lead to a prohibition of the practice across California — and not just in ERs, but for other staff provided by Envision and TeamHealth, including in anesthesiology and hospital medicine. The California Medical Association supports the lawsuit, saying it “will shape the boundaries of California’s prohibition on the corporate practice of medicine.”

The plaintiff — along with many doctors, nurses, and consumer advocates, as well as some lawmakers — hopes that success in the case will spur regulators and prosecutors in other states to take corporate medicine prohibitions more seriously. “Any decision anywhere in the country that says the corporate ownership of a medical practice is illegal has the possibility to reverberate throughout the country, absolutely — and I hope that it would,” said Julie Mayfield, a state senator in North Carolina.

But the push to reinvigorate laws restricting the corporate practice of medicine has plenty of skeptics, who view it as an effort to return to a golden era in medicine that is long gone or may never have existed to begin with. The genie is out of the bottle, they say, noting that the profit motive has penetrated every corner of health care and that nearly 70 percent of physicians in the U.S. are now employed by corporations and hospitals.

The corporate practice of medicine doctrine has “a very interesting and not a very flattering history,” said Barak Richman, a law professor at Duke University. “The medical profession was trying to assert its professional dominance that accrued a lot of benefits to itself in ways that were not terribly beneficial to patients or to the market.”

The California case involves Placentia-Linda Hospital in Orange County, where the plaintiff physician group lost its ER management contract to Envision. The complaint alleges that Envision uses the same business model at numerous hospitals around the state.

“Envision exercises profound and pervasive direct and indirect control and/or influence over the medical practice, making decisions which bear directly and indirectly on the practice of medicine, rendering physicians as mere employees, and diminishing physician independence and freedom from commercial interests,” according to the complaint.

Envision said the company is compliant with state laws and that its operating structure is common in the health care industry. “Legal challenges to that structure have proved meritless,” Envision wrote in an email. It added that “care decisions have and always will be between clinicians and patients.”

TeamHealth, an indirect target in the case, said its “world-class operating team” provides management services that “allow clinicians to focus on the practice of medicine and patient care through a structure commonly utilized by hospitals, health systems, and other providers across the country.”

State laws and regulations governing the corporate practice of medicine vary widely on multiple factors, including whether there are exceptions for nonprofit organizations, how much of doctors’ revenue outside management firms can keep, who can own the equipment, and how violations are punished. New York, Texas, and California are considered to have among the toughest restrictions, while Florida and 16 other states have none.

Kirk Ogrosky, a partner at the law firm Goodwin Procter, said this kind of management structure predates the arrival of private equity in the industry. “I would be surprised if a company that is interested in investing in this space screwed up the formation documents; it would shock me,” Ogrosky said.

Private equity-backed firms have been attracted to emergency rooms in recent years because ERs are profitable and because they have been able to charge inflated amounts for out-of-network care — at least until a federal law cracked down on surprise billing. Envision and TeamHealth prioritize profits, critics say, by maximizing revenue, cutting costs, and consolidating smaller practices into ever-larger groups — to the point of regional dominance.

Envision and TeamHealth are privately owned, which makes it difficult to find reliable data on their finances and the extent of their market penetration.

Other estimates put private equity’s penetration of ERs at closer to 40 percent.

So far, efforts by emergency physicians and others to challenge private equity staffing firms over their alleged violations have yielded frustrating results.

An advocacy group called Take Medicine Back, formed last year by a handful of ER physicians, sent a letter in July to North Carolina Attorney General Josh Stein, asking him to investigate violations of the ban on the corporate practice of medicine. And because Stein holds a senior position at the National Association of Attorneys General, the letter also asked him to take the lead in persuading his fellow AGs to “launch a multi-state investigation into the widespread lack of enforcement” of corporate practice of medicine laws.

The group’s leader, Dr. Mitchell Li, said he was initially disappointed by the response he received from Stein’s office, which promised to review his request, saying it raised complex legal issues about the corporate practice of medicine in the state. But Li is now more hopeful, since he has secured a January appointment with officials in Stein’s office.

Dr. Robert McNamara, a co-founder of Li’s group and chair of emergency medicine at Temple University’s Lewis Katz School of Medicine, drafted complaints to the Texas Medical Board, along with Houston physician Dr. David Hoyer, asking the board to intervene against two doctors accused of fronting for professional entities controlled by Envision and TeamHealth. In both cases, the board declined to intervene.

McNamara, who serves as the chief medical officer of the physicians’ group in the California Envision case, also filed a complaint with Pennsylvania Attorney General Josh Shapiro, alleging that a group called Emergency Care Services of Pennsylvania PC, which was trying to contract with ER physicians of the Crozer Keystone Health System, was wholly owned by TeamHealth and serving as a shell to avoid scrutiny.

A senior official in Shapiro’s office responded, saying the complaint had been referred to two state agencies, but McNamara said he has heard nothing back in more than three years.

But many physicians who have worked for private equity companies say their mission is not compatible with the best practice of medicine. They cite an emphasis on speed and high patient volume over safety; a preference for lesser-trained, cheaper medical providers; and treatment protocols unsuitable for certain patients.

Dr. Sean Jones, an emergency physician in Asheville, North Carolina, said his first full-time job was at a Florida hospital, where EmCare, a subsidiary of Envision, ran the emergency room. Jones said EmCare, in collaboration with the hospital’s owner, pushed doctors to meet performance goals related to wait times and treatments, which were not always good for patients.

For example, if a patient came in with abnormally high heart and respiratory rates — signs of sepsis — doctors were expected to give them large amounts of fluids and antibiotics within an hour, Jones said. But those symptoms could also be caused by a panic attack or heart failure.

“You don’t want to give a patient with heart failure 2 or 3 liters of fluid, and I would get emails saying, ‘You didn’t do this,’” he said. “Well, no, I didn’t, because the reason they couldn’t breathe was they had too much fluid in their lungs.”

Jones felt otherwise. “We don’t need some MBAs telling us what to do,” he said.