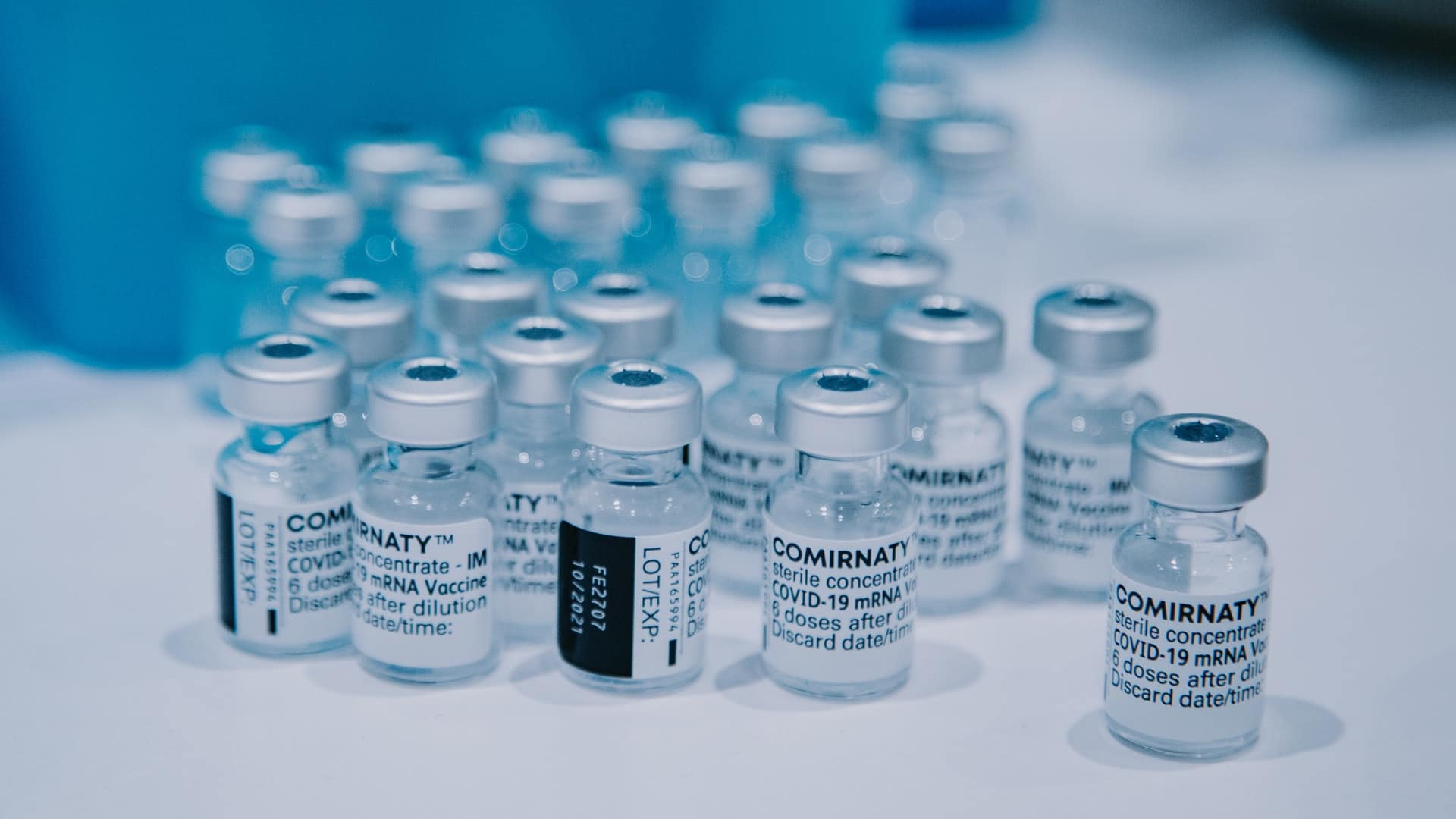 Did greed just save the day? That’s what British Prime Minister Boris Johnson claimed recently. “The reason we have the vaccine success,” he said in a private call to Conservative members of Parliament, “is because of capitalism, because of greed.”

Despite later backpedaling, Johnson’s remark reflects a widely influential but wildly incoherent view of innovation: that greed — the unfettered pursuit of profit above all else — is a necessary driver of technological progress. Call it the need-greed theory.

Among the pandemic’s many lessons, however, is that greed can easily work against the common good. We rightly celebrate the near-miraculous development of effective vaccines, which have been widely deployed in rich nations. But the global picture reveals not even a semblance of justice: As of May, low-income nations received just 0.3 percent of the global vaccine supply. At this rate it would take 57 years for them to achieve full vaccination. Fixing the Patent System May Rein in Drug Prices

This disparity has been dubbed “vaccine apartheid,” and it’s exacerbated by greed. A year after the launch of the World Health Organization’s Covid-19 Technology Access Pool — a program aimed at encouraging the collaborative exchange of intellectual property, knowledge, and data — “not a single company has donated its technical knowhow,” wrote politicians from India, Kenya, and Bolivia in a June essay for The Guardian. As of that month, the U.N.-backed COVAX initiative, a vaccine sharing scheme established to provide developing countries equitable access, had delivered only about 90 million out of a promised 2 billion doses. Currently, pharmaceutical companies, lobbyists, and conservative lawmakers continue to oppose proposals for patent waivers that would allow local drug makers to manufacture the vaccines without legal jeopardy. They claim the waivers would slow down existing production, “foster the proliferation of counterfeit vaccines,” and, as North Carolina Republican Sen. Richard Burr said, “undermine the very innovation we are relying on to bring this pandemic to an end.”

All these views echo the idea that patents and high drug prices are necessary motivators for biomedical innovation. But examine that logic closely, and it quickly begins to fall apart.

A great deal of difficult, innovative work is done in industries and fields that lack patents. Has the lack of patent protections for recipes led to any dearth of innovation in restaurants? An irritating irony here is that economists who espouse the need-greed theory themselves innovate for comparative peanuts. For instance, in 2018, the median compensation for economists was about $104,000. The typical pharmaceutical CEO, meanwhile, earned a whopping $5.7 million in total compensation that year. (The hands-on innovators aren’t the need-greeders here; the median compensation for pharmaceutical employees — including benefits — was about $177,000 in 2018.) Even in Silicon Valley, writes ever-astute technology insider Tim O’Reilly, “the notion that entrepreneurs will stop innovating if they aren’t rewarded with billions is a pernicious fantasy.”

To be sure, it was not greed but rather a vast collaborative effort — funded largely with public dollars — that generated effective coronavirus vaccines. The technology behind mRNA vaccines such as those produced by Pfizer and Moderna took decades of work by University of Pennsylvania scientists you’ve likely never heard of. According to The New York Times, one of those scientists, Katalin Kariko, “never made more than $60,000 a year” while doing her innovative foundational research. The researchers at Oxford University who developed the technology behind AstraZeneca’s vaccine, which was mostly publicly funded, initially set out with the intention of “non-exclusive, royalty-free” licensing for their vaccine. Only after pressure to work with a multinational pharmaceutical company from the Bill and Melinda Gates Foundation, among others, did they renege and license the technology solely to AstraZeneca.

It was astonishing, then, when Pascal Soriot, AstraZeneca’s CEO, said that intellectual property, or IP, “is a fundamental part of our industry and if you don’t protect IP, then essentially there is no incentive for anybody to innovate.” The Oxford scientists whose work AstraZeneca licensed literally just innovated without the incentives Soriot claimed are essential. Why do journalists present need-greeder claims, such as Soriot’s, without holding the specific role of profit seeking to account?

It’s no secret that innovators (and people generally) often aren’t necessarily greed-driven. For instance, as Walter Isaacson notes in his book about superstar biochemist Jennifer Doudna’s work on Crispr gene manipulation technology, she was never motivated primarily by money. In fact, he reports that corporate maneuvering over her work made her “physically ill.” Countless cases like hers show that innovations in science and technology typically aren’t the result of genius lightning strikes but rather of field-wide efforts with multiple teams circling the same goal. If anyone withdraws for lack of greed-gratifying incentives, no problem: They’re welcome to write themselves out of history. Others will gladly grasp the glory. And we, the public, lose nothing.

Perhaps Soriot meant, more generally, that reduced revenues would cut AstraZeneca’s overall research and development (R&D) spending. But even that claim is detectably dubious. When drug makers claim that high prices are essential for innovation, they are “flat out lying” financial expert Yves Smith wrote in 2019. Smith cited data published with the Institute for New Economic Thinking showing that, between 2009 and 2018, 18 drug makers listed in the S&P 500 spent 14 percent more on stock buybacks and dividends than they did on R&D. These companies could easily ramp up investments in innovative drugs, the authors wrote, simply by reining in distributions to shareholders. (Don’t forget that share buybacks were effectively classified as illegal market manipulation until the Securities and Exchange Commission, under Reagan, relaxed the rules in 1982.)

Of the money that drug companies do invest in R&D, a significant amount for many goes not toward innovative research but to “finding ways to suppress generic and biosimilar competition while continuing to raise prices,” according to a recent report from the U.S. House Committee on Oversight and Reform. In these cases, executive and investor greed demonstrably impede innovation. A recent Congressional hearing dramatized this issue when Rep. Katie Porter, a California Democrat, grilled the CEO of AbbVie, a biopharmaceutical company which she said spent $2.45 billion on research and development, $4.71 billion a year on marketing and advertising, and $50 billion on shareholder payouts between 2013 and 2018. She characterized the idea that R&D justified astronomical prices as “the Big Pharma fairy tale.”

Even if greed makes sense for some for-profit ventures, it would be unwise for us to rely only on for-profit enterprise to harness innovation for social goals. There are many things that we must do whether they are profitable or not, and the horrific fiasco over vaccine patents has shown us that biotech executives and other members of the “thinkerati” are not above putting profits ahead of saving lives. As White House adviser Anthony Fauci noted to the Hill earlier this year, America has a “moral obligation” to “make sure that the rest of the world does not suffer and die” from something that we can help to prevent. Our government is failing in its duty to act in the public interest if it allows “your money or your life” to pass as an acceptable business model.

As an open letter signed by more than a hundred intellectual property scholars recently stated, IP rights (which includes patents) “are not, and have never been, absolute rights and are granted and recognized under the condition that they serve the public interest.” The scholars noted precedents like last year’s use of the Defense Production Act to increase production of medical supplies, and the U.S.’s commandeering of penicillin production during World War II. If Covid-19 vaccine makers refuse to make life-saving technology publicly available, governments should enact mandatory licensing or similar measures.

Our government is failing in its duty to act in the public interest if it allows “your money or your life” to pass as an acceptable business model.

There are also compelling reasons to develop a standing, publicly operated rapid-response vaccine manufacturing capability. Pfizer’s CFO suggested that prices on vaccines will go up once we are out of the “pandemic-pricing environment,” noting that the company can charge nearly nine times more than they have been (“$150, $175 per dose,” the CFO said, versus the $19.50 Pfizer is charging the U.S. in one supply deal). Even if those who haven’t received a single dose of the vaccine never do, that could mean roughly a $30 billion bonanza from U.S. booster shots alone. Patient advocates estimate that it would cost just $4 billion for the U.S. to set up a public-private operation capable of manufacturing enough mRNA vaccines to immunize the whole planet, with each shot costing $2. This would be a great way for America to show global leadership, and would surely be way cheaper, both individually and collectively, than being annually “Pfizered.” Plus, the usefulness of such a facility would long outlast the current pandemic, with climate change making zoonotic spillover events more likely (not to mention the risks of weaponized viruses). Covid-19 was our “starter pandemic,” as Ed Yong usefully dubbed it.

If greed-driven companies fail to exercise their powers responsibly, they should face competition from the public sector. President Biden let the cat out of the bag when he said that “capitalism without competition isn’t capitalism; it’s exploitation.” While many people applauded his sentiment, stop and think about the implication: The president was, in essence, saying that we expect corporations to exploit us if given half a chance.

We pay a huge price in blood and treasure when we give the need-greeders free rein to lie to and exploit the public with impunity. We must be clear-eyed about exactly when greed can help our collective interests and when it hinders them. During a crisis as dire as a global pandemic, greed won’t save us.

UPDATE: A previous version of this piece suggested that the Gates Foundation pressured Oxford University to license its vaccine to AstraZeneca. The foundation clarified that it advised the university to work with a multinational pharmaceutical company, not specifically AstraZeneca.