One of the reasons Covid-19 has spread so swiftly around the globe is that for the first days after infection, people feel healthy. Instead of staying home in bed, they may be out and about, unknowingly passing the virus along. But in addition to these pre-symptomatic patients, the relentless silent spread of this pandemic is also facilitated by a more mysterious group of people: the so-called asymptomatics.

According to various estimates, between 20 and 45 percent of the people who get Covid-19 — and possibly more, according to a recent study from the Centers for Disease Control and Prevention — sail through a coronavirus infection without realizing they ever had it. No fever or chills. No loss of smell or taste. No breathing difficulties. They don’t feel a thing.

Asymptomatic cases are not unique to Covid-19. They occur with the regular flu, and probably also featured in the 1918 pandemic, according to epidemiologist Neil Ferguson of Imperial College London. But scientists aren’t sure why certain people weather Covid-19 unscathed. “That is a tremendous mystery at this point,” says Donald Thea, an infectious disease expert at Boston University’s School of Public Health.

The prevailing theory is that their immune systems fight off the virus so efficiently that they never get sick. But some scientists are confident that the immune system’s aggressive response, the churning out of antibodies and other molecules to eliminate an infection, is only part of the story. 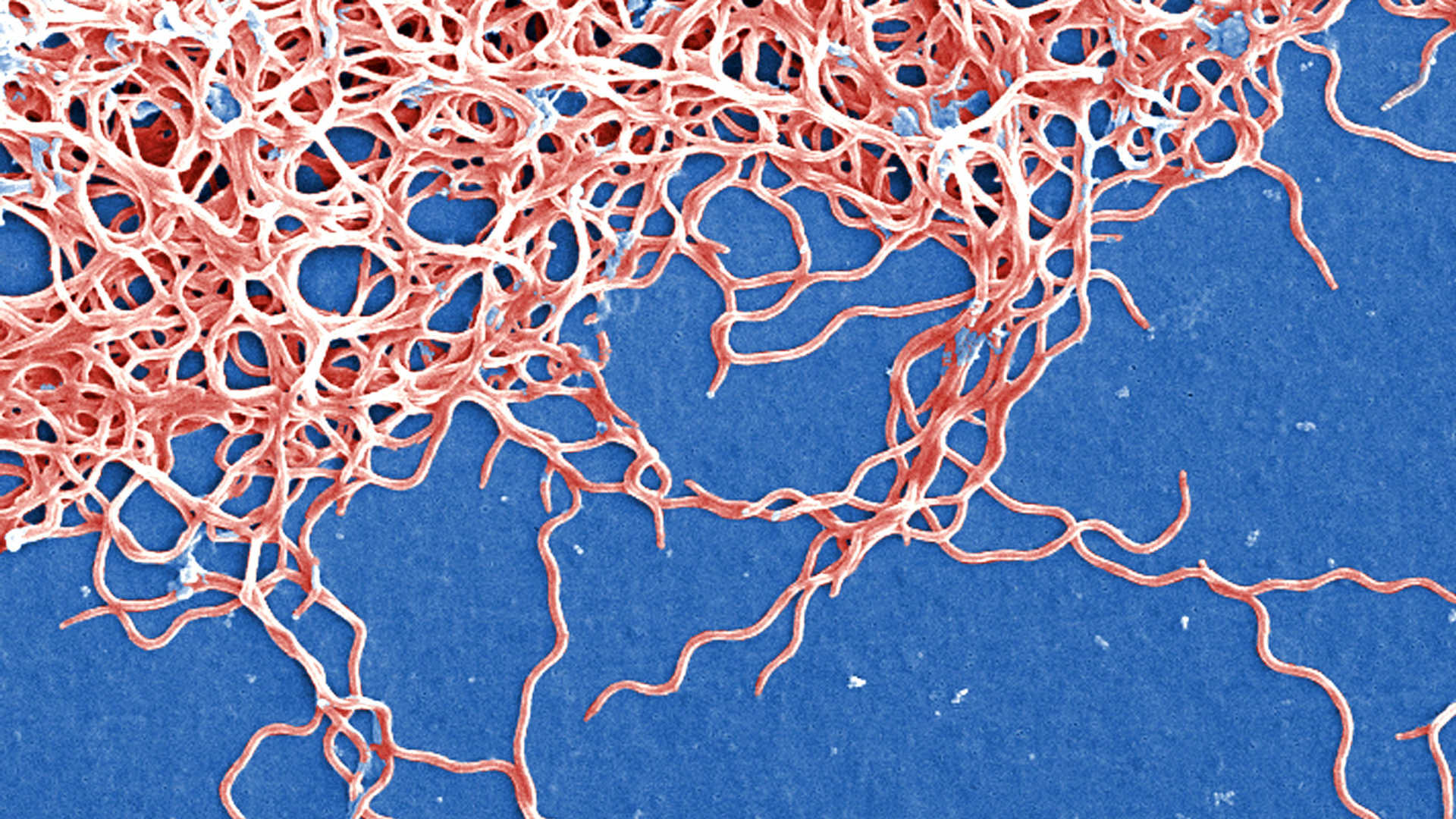 These experts are learning that the human body may not always wage an all-out war on viruses and other pathogens. It may also be capable of accommodating an infection, sometimes so seamlessly that no symptoms emerge. This phenomenon, known as disease tolerance, is well-known in plants but has only been documented in animals within the last 15 years.

Disease tolerance is the ability of an individual, due to a genetic predisposition or some aspect of behavior or lifestyle, to thrive despite being infected with an amount of pathogen that sickens others. Tolerance takes different forms, depending on the infection. For example, when infected with cholera, which causes watery diarrhea that can quickly kill through dehydration, the body might mobilize mechanisms that maintain fluid and electrolyte balance. During other infections, the body might tweak metabolism or activate gut microbes — whatever internal adjustment is needed to prevent or repair tissue damage or to make a germ less vicious.

Researchers who study these processes rely on invasive experiments that cannot be done in people. Nevertheless, they view asymptomatic infections as evidence that disease tolerance occurs in humans. At least 90 percent of those infected with the tuberculosis bacterium don’t get sick. The same is true for many of the 1.5 billion of people globally who live with parasitic worms called helminths in their intestines. “Despite the fact that these worms are very large organisms and they basically migrate through your tissues and cause damage, many people are asymptomatic. They don’t even know they’re infected,” says Irah King, a professor of immunology at McGill University. “And so then the question becomes, what does the body do to tolerate these types of invasive infections?”

While scientists have observed the physiological processes that minimize tissue damage during infections in animals for decades, it’s only more recently that they’ve begun to think about them in terms of disease tolerance. For example, King and colleagues have identified specific immune cells in mice that increase the resilience of blood vessels during a helminth infection, leading to less intestinal bleeding, even when the same number of worms are present.

“This has been demonstrated in plants, bacteria, other mammalian species,” King says.

“Why would we think that humans would not have developed these types of mechanisms to promote and maintain our health in the face of infection?” he adds.

In a recent Frontiers in Immunology editorial, King and his McGill colleague Maziar Divangahi describe their long-term hopes for the field: A deeper understanding of disease tolerance, they write, could lead to “a new golden age of infectious disease research and discovery.”

Scientists have traditionally viewed germs as the enemy, an approach that has generated invaluable antibiotics and vaccines. But more recently, researchers have come to understand that the human body is colonized by trillions of microbes that are essential to optimal health, and that the relationship between humans and germs is more nuanced.

Meddlesome viruses and bacteria have been around since life began, so it makes sense that animals evolved ways to manage as well as fight them. Attacking a pathogen can be effective, but it can also backfire. For one thing, infectious agents find ways to evade the immune system. Moreover, the immune response itself, if unchecked, can turn lethal, applying its destructive force to the body’s own organs.

“With things like Covid, I think it’s going to be very parallel to TB, where you have this Goldilocks situation,” says Andrew Olive, an immunologist at Michigan State University, “where you need that perfect amount of inflammation to control the virus and not damage the lungs.”

Some of the key disease tolerance mechanisms scientists have identified aim to keep inflammation within that narrow window. For example, immune cells called alveolar macrophages in the lung suppress inflammation once the threat posed by the pathogen diminishes.

A deeper understanding of disease tolerance could lead to “a new golden age of infectious disease research and discovery,” write King and Divangahi.

Much is still unknown about why there is such a wide range of responses to Covid-19, from asymptomatic to mildly sick to out of commission for weeks at home to full-on organ failure. “It’s very, very early days here,” says Andrew Read, an infectious disease expert at Pennsylvania State University who helped identify disease tolerance in animals. Read believes disease tolerance may at least partially explain why some infected people have mild symptoms or none at all. This may be because they’re better at scavenging toxic byproducts, he says, “or replenishing their lung tissues at faster rates, those sorts of things.”

Asymptomatic cases don’t get much attention from medical researchers, in part because these people don’t go to the doctor and thus are tough to track down. But Janelle Ayres, a physiologist and infectious disease expert at the Salk Institute For Biological Studies who has been a leader in disease tolerance research, studies precisely the mice that don’t get sick.

The staple of this research is something called the “lethal dose 50” test, which consists of giving a group of mice enough pathogen to kill half. By comparing the mice that live with those that die, she pinpoints the specific aspects of their physiology that enable them to survive the infection. She has performed this experiment scores of times using a variety of pathogens. The goal is to figure out how to activate health-sustaining responses in all animals.

A hallmark of these experiments — and something that surprised her at first — is that the half that survive the lethal dose are perky. They are completely unruffled by the same quantity of pathogen that kills their counterparts. “I thought going into this … that all would get sick, that half would live and half would die, but that isn’t what I found,” Ayres says. “I found that half got sick and died, and the other half never got sick and lived.”

Ayres sees something similar happening in the Covid-19 pandemic. Like her mice, asymptomatics seem to have similar amounts of the virus in their bodies as the people who fall ill, yet for some reason they stay healthy. Studies show that their lungs often display damage on CT scans, yet they are not struggling for breath (though it remains to be seen whether they will fully escape long-term impacts). Moreover, a small recent study suggests that asymptomatics mount a weaker immune response than the people who get sick — suggesting that mechanisms are at work that have nothing to do with fighting infection.

“Why, if they have these abnormalities, are they healthy?” asks Ayres. “Potentially because they have disease tolerance mechanisms engaged. These are the people we need to study.”

The goal of disease tolerance research is to decipher the mechanisms that keep infected people healthy and turn them into therapies that benefit everyone. “You want to have a drought-tolerant plant, for obvious reasons, so why wouldn’t we want to have a virus-tolerant person?” Read asks.

A 2018 experiment in Ayres’ lab offered proof of concept for that goal. The team gave a diarrhea-causing infection to mice in a lethal dose 50 trial, then compared tissue from the mice that died with those that survived, looking for differences. They discovered that the asymptomatic mice had utilized their iron stores to route extra glucose to the hungry bacteria, and that the pacified germs no longer posed a threat. The team subsequently turned this observation into a treatment. In further experiments, they administered iron supplements to the mice and all the animals survived, even when the pathogen dose was upped a thousandfold.

When the pandemic hit, Ayres was already studying mice with pneumonia and the signature malady of Covid-19, acute respiratory distress syndrome, which can be triggered by various infections. Her lab has identified markers that may inform candidate pathways to target for treatment. The next step is to compare people who progressed to severe stages of Covid-19 with asymptomatics to see whether markers emerge that resemble the ones she’s found in mice.

“Why, if they have these abnormalities, are they healthy?” asks Ayres. “Potentially because they have disease tolerance mechanisms engaged. These are the people we need to study.”

If a medicine is developed, it would work differently from anything that’s currently on the market because it would be lung-specific, not disease-specific, and would ease respiratory distress regardless of which pathogen is responsible.

But intriguing as this prospect is, most experts caution that disease tolerance is a new field and tangible benefits are likely many years off. The work involves measuring not only symptoms but the levels of a pathogen in the body, which means killing an animal and searching all of its tissues. “You can’t really do controlled biological experiments in humans,” Olive says.

In addition, there are countless disease tolerance pathways. “Every time we figure one out, we find we have 10 more things we don’t understand,” King says. Things will differ with each disease, he adds, “so that becomes a bit overwhelming.”

Nevertheless, a growing number of experts agree that disease tolerance research could have profound implications for treating infectious disease in the future. Microbiology and infectious disease research has “all been focused on the pathogen as an invader that has to be eliminated some way,” says virologist Jeremy Luban of the University of Massachusetts Medical School. And as Ayres makes clear, he says, “what we really should be thinking about is how do we keep the person from getting sick.”

Emily Laber-Warren directs the health and science reporting program at the Craig Newmark Graduate School of Journalism at CUNY.