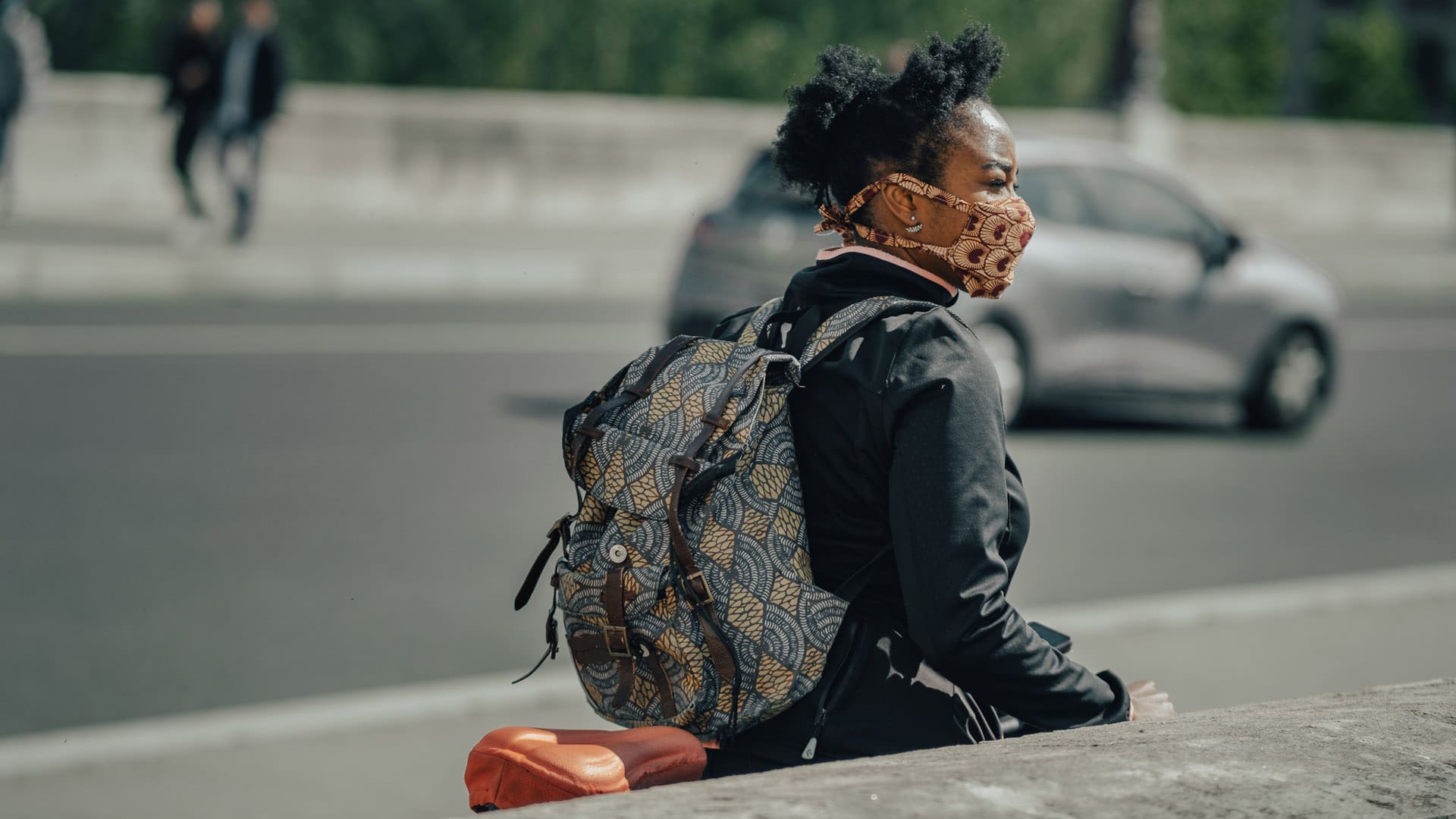 In recent months, world leaders have mobilized seemingly every technological resource at their disposal to stem the threat of the Covid-19 pandemic. Evidence and scientific opinion have gained newfound respect; decision makers have arguably become better at listening to scientists and following their directives.

But the virus has also exposed social problems that, by their very nature, go beyond science: deep-rooted health and social inequalities, a fractured political response, mental health challenges associated with home confinement. All this points to systemic issues that are broader than the immediate public health emergency. Here, science still has a role to play, but it is a supporting one to the humanities and social sciences. In Covid-19 Videos, Some Science, Much Conjecture

To judge by news reports, the humanities are “nice to have” — think of the entertainment value of balcony music or an online book club — but not essential for helping resolve the crisis. But as the impacts of public health measures ripple through societies, languages, and cultures, thinking critically about our reaction to SARS-CoV-2 is as important as new scientific findings about the virus. The humanities can contribute to a deeper understanding of the entrenched mentalities and social dynamics that have informed society’s response to this crisis. And by encouraging us to turn a mirror on our own selves, they prompt us to question whether we are the rational individuals that we aspire to be, and whether we are sufficiently equipped, as a society, to solve our own problems.

W e are creatures of stories. Scholarship in the medical humanities has persistently emphasized that narratives are crucial for how humans experience illness. For instance, Felicity Callard, a professor of human geography, has written about how a lack of “narrative anchors” during the early days of the Covid-19 pandemic led to confusion over what counts as a “mild” symptom and what the “normal” course of the disease looks like, ultimately heightening the suffering the disease caused. Existing social conditions, previous illnesses and disabilities, a sense of precarity — all of these factors influence our attitude toward disease and how it affects the way we exist in the world.

We are entangled with nature. We tend to imagine a human world separate from natural laws, but the novel coronavirus reminds us of the extent to which we are intricately bound up with the life around us. As philosopher David Benatar has noted, the emergence of the new coronavirus is most likely a result of our treatment of nonhuman animals. The virus has forced us to alter our behavior, likely triggering higher rates of anxiety, depression, and other stress-related responses. In essence, it has shown how what we think of as “non-human” can become a fundamental part of our lives in unexpected ways.

We react to crises in predictable fashion, and with foreseeable cognitive and moral failings. A growing body of work suggests that, although we want to act on knowledge, it is our nature to react instinctively and short-sightedly. Images of overcapacity intensive care units, for example, galvanize us to comply with lockdown restrictions, even as we have much more difficulty acting prudentially to prevent the emergence of such viruses. The desire for a quick solution has fueled a race for a vaccine, even though — as historian of science David Jones has noted — failures and false starts have been recurring themes in past attempts to handle epidemics. Even if a vaccine were available, it wouldn’t erase the striking disparities in health outcomes across class, race, and gender.

We have trouble coping with uncertainty and complexity. In recent months, policymakers have pressed scientists for predictions of infection rates, reproduction numbers, and other epidemiological data in a vast effort to minimize uncertainty. But as historian and philosopher Lara Keuck has noted, every political decision occurs in a multidimensional system shrouded by uncertainty about biomedical knowledge, regulatory measures, and even our own existence. The decision to put a country under lockdown has implications for social stratification, domestic violence, the emotional lives of children, and a myriad of other concerns. Factoring all this in does not make the decision any easier, but it is necessary.

By giving us the tools to decode complex social problems — to contextualize them historically and analyze them critically — the humanities can serve as an antidote to an overreliance on or mistrust in “the science.” They encourage us to look beneath the surface of what we are being told. For instance, the work of historian Lukas Engelmann illustrates how visual analysis of pictures showing the physical manifestations of disease can remind us that there are human beings behind the death tolls. The writing of author Leslie Jamison stands as a reminder that there is no single experience of illness, quarantine, or remote work.

The deciphering of text can also reveal underlying dynamics of crisis messaging. For example, the pandemic has been described as a “war,” implying a fight against an enemy and inviting exclusionary practices that stigmatize a foreign “other.” But the metaphor also suggests the possibility of “winning,” and paints health care workers as “selfless heroes” doing something more than merely work. This language echoes medicine’s “war against ageing and death,” as the late bioethicist Daniel Callahan has described it, and predisposes us to measure the success of medicine in terms of lives saved and lifespans extended, rather than, say, our ability to care for the dying.

By giving us the tools to decode complex social problems — to contextualize them historically and analyze them critically — the humanities can serve as an antidote to an overreliance on or mistrust in “the science.”

The humanities may not make us more humane or empathetic, but by reminding us constantly of others’ points of view, they are an investment in the future of democracy itself. According to philosopher Martha Nussbaum, the lived experience of frailty and dependence is a mark of our common humanity and thereby the beginning of ethical life. This idea seems to be gaining traction during the current crisis. For example, both health practitioners and family members affected by Covid-19 point to patients dying alone as “the bitterest” aspect of the pandemic. Guidance from the World Health Organization that failed to include palliative care as an essential health service during the pandemic speaks volumes about the political worth of these testimonials. It is high time that we take the stories of patients and health care workers more seriously as examples of the moral weight of relationships.

By imagining the points of view of people unlike ourselves, we begin to appreciate the very significant physical and mental labor that allows us to live together in a society. Care work, for example, has been rediscovered as an essential service, but one for which people get few benefits, rights, and support. From pharmacists to social workers, many of the jobs now described as essential are being performed by women, and by non-white women more than anyone else. At the same time, women have lost a disproportionate number of jobs due to the pandemic and will continue to do so in its aftermath. This persistent gender inequality isn’t news, of course; rather, it’s just another instance of entrenched social dynamics that the pandemic has cast into the spotlight.

As David Jones has put it, by exerting pressure on societies, epidemics make “visible latent structures that might not otherwise be evident,” and the humanities are crucial for completing the resulting social and cultural analysis. They are not merely a distraction from the depressing news of the day; they temper our fascination with death tolls and economic recovery by forcing us to consider the cultural forces that will shape the pandemic’s course — and by reminding us what we value as a society.

The humanities may not make us more humane or empathetic, but by reminding us constantly of others’ points of view, they are an investment in the future of democracy itself.

Most fundamentally, as the public is flooded with competing narratives of what the crisis is and how it can be resolved, the humanities enable us to resist those who claim certainty using simplified biological or societal models. Instead they point to ways out that involve cultivating the shared habits, beliefs, and values that make social life possible. The pandemic has given new concreteness to society’s vulnerabilities, and we must take those vulnerabilities seriously if we are to address the more fundamental problems of our health care systems and social interconnectedness.

Earlier this year, French author Annie Ernaux wrote in a public letter to President Emmanuel Macron that the pandemic is making us dream of “a new world.” This crisis needs the humanities because they show that dreams do not come from nowhere, and that there are multiple ways to realize them.

Anna Magdalena Elsner is a Swiss National Science Foundation Marie Heim-Vögtlin Fellow in Literature and Medicine at the University of Zurich, Switzerland. She is currently working on a cultural history of dying in France. Vanessa Rampton is a Branco Weiss Fellow at the Institute for Health and Social Policy and Department of Philosophy at McGill University, Canada. Her most recent work is on the history of the idea of progress in medicine.