Since long before the Covid-19 pandemic, scientists and experts have been trying to predict and forestall the crises that might upend humanity. The Doomsday Clock — launched in 1947 by former scientists from the Manhattan Project and run by the Bulletin of the Atomic Scientists — uses time as a metaphor for human vulnerability, with midnight representing “doomsday.” Other organizations — such as the RAND Corporation, the Future of Life Institute, and the University of Cambridge’s Center for the Study of Existential Risk — have inventoried various planetary disaster triggers, from pandemics to treacherous super-artificial-intelligence and asteroid collisions. It seems humanity may be under siege on all sides.

In “The Future We Choose,” Christiana Figueres and Tom Rivett-Carnac focus on one specific crisis, climate change. It was written in what now feels like an earlier chapter in human existence, the pre-coronavirus era. But reading it from the confines of one’s living room, where many of us are currently spending our socially-distanced days, it still applies to situations and choices we face imminently.

For one thing, climate change will remain with us during and after the pandemic and may exacerbate related health risks (if dangerous heat waves and illness occur in the same place, for example). For another, all human crises have some parallels with one another, and many of the ideas in the book could apply to other menaces humanity faces. Indeed, the authors argue they are connected: Our decisions about issues such as technology, artificial intelligence, and economic disparity will be key to our success in addressing the climate crisis.

There have been many big-think books about climate change over the past decade or so, with various recipes for solving the crisis — from political movement-building to revamping the energy grid. Some are inspiring, practical, or helpfully provocative, while others stumble into familiar pitfalls, like setting up utopian scenarios that can feel disconnected from current reality or offering technocratic descriptions of how Big Data, vague economic theories, or untested inventions might save us. Still others dwell in doom and describe humanity’s midnight — when large parts of the Earth may be either unstable or unfit for human life — in harrowing detail.

Figueres, the former head of the United Nations Framework Convention on Climate Change, and Rivett-Carnac, a green entrepreneur and former Buddhist monk who served as her senior adviser, were among the chief architects of the 2015 Paris Agreement, the landmark environmental accord in which nearly every nation in the world pledged to try to limit the rise in global temperature. It’s been their business to mix solutions-driven optimism with political pragmatism. And they manage to avoid many of the above weaknesses. The book reads like a cross between self-help and an instruction manual for rearranging the world, starting with one’s personal thought patterns and emotions and ending with the political system. 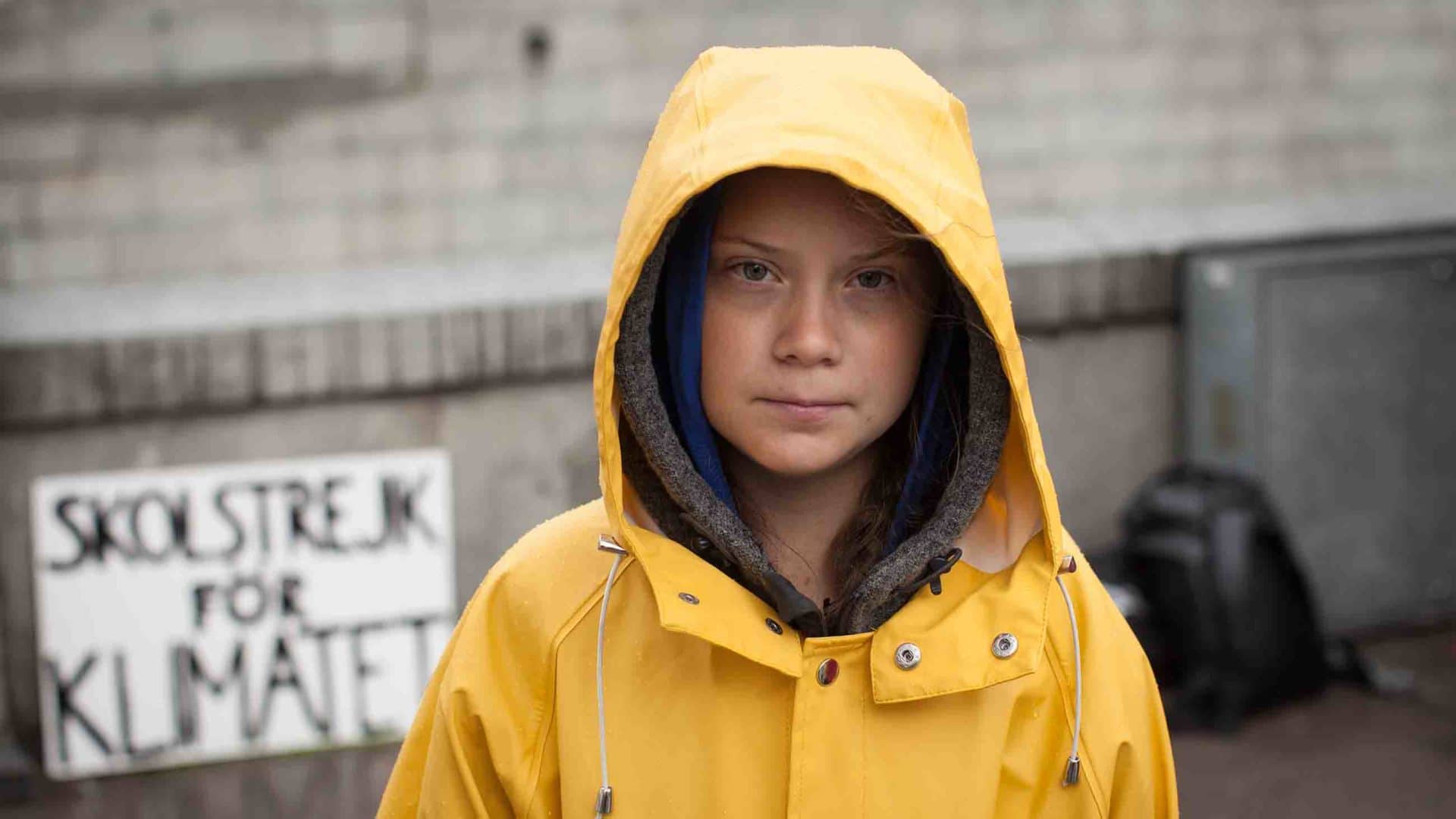 In the most vivid and compelling section, the authors describe two futures that may lie just 30 years ahead of us. The first is a worst-case scenario that happens to be the one we’re headed toward if future fossil-fuel emission trends mimic those of the present. Figueres and Rivett-Carnac allow themselves a certain amount of imaginative license here. In this hell, “the air is hot, heavy, and depending on the day, clogged with particulate pollution. Your eyes often water.” There are few forests left on the planet, the Great Barrier Reef in Australia is the “largest aquatic cemetery in the world,” and coastal inhabitants deal with unending floods. All of this has led to political and cultural destabilization — and no trustworthy news sources exist.

But the authors insist that it’s possible to stave off the kind of misery described in scenario one. We have a choice. The alternate future they conjure is a livable world (though it verges on utopia). They acknowledge that some things have to get worse before getting better: The emissions we’ve sent to the atmosphere to date guarantee dangerous heat waves and rising seas for decades to come. In their alternate future, though, most countries ban the manufacture of gasoline-powered cars in 2030. Once cars take up less space and infrastructure, cities are reimagined — with extra room for greenery and urban gardens. High-speed rail links most urban areas. Vast conservation initiatives have rewilded parts of the world. Perennial agriculture and sustainable agroforestry have become more effective at producing food for the masses. Smart technology has made vast gains in energy efficiency possible. Most electricity comes from decentralized renewable power — like rooftop solar or solar paint.

As the authors note, many of these solutions already exist in one form or another: What if we deployed them on a much larger scale?

But there are moments in the book when one must work hard to suspend disbelief. For instance, immigration is currently so contentious, I struggled to imagine a time when governments deal adeptly with future climate refugee crises or forge international agreements guiding “how to smoothly assimilate populations, how to distribute aid and resources.”

Many of the solutions to coping with climate change already exist in one form or another: What if we deployed them on a much larger scale?

The goal, however, is to be aspirational: We can’t create a decent future, the authors contend, if we never consider what one might look like. But how do we begin to realize such aspirations when, for so many years, the world has failed to act with anything like the appropriate level of urgency?

Figueres and Rivett-Carnac argue that many key strategies are cultural and even psychological. They devote an entire chapter to the subject of optimism and another to the less concise concept of “endless abundance.” The latter is a slightly New Age framing of the shift from international competition and suspicion to global collaboration, problem-solving, and resource-sharing.

They also list 10 key steps (each organized into several subcategories) for changing the world. Some are what you might expect, like replacing fossil fuels as an energy source. But even these are framed as an attitude shift, not just an economic transformation: “We must let go of the conviction that [fossil fuels] are necessary for humanity to thrive in the future.”

Others are wholly philosophical: “Let go of the old world,” meaning be prepared to change one’s life. “Face your grief but hold a vision of the future” — that is, imagine that it’s actually possible to solve this crisis. “Defend the truth” and combat misinformation. And, most important, in the authors’ eyes, “engage in politics,” by voting, by running for office, and by joining in protest movements and civil disobedience, such as Extinction Rebellion and Greta Thunberg’s climate strikes. An appendix includes a plea for readers to make personal commitments, such as calculating one’s carbon footprint and reducing it by more than half by 2030.

A couple months ago, I might have found these suggestions thought-provoking but perhaps too intangible, too personal, even too soft. Environmental optimism has been difficult to maintain since President Donald Trump chose to abandon the Paris Agreement and his administration has steadily dismantled environmental regulations and enforcement. Global emissions still rise, and every year communities around the world contend with ever more horrific wildfires, droughts, storms, refugee crises, and other climate-related disasters.

But, as the authors point out, most of us are not good at recognizing how quickly reality can pivot. Since January, the Covid-19 pandemic has led to a stunning shift in human behavior around the globe. There are still staggering losses of life. There are wise policy leaders and decision-makers who are managing the crisis well, along with denialists and bunglers who worsen its toll. But there are also millions of people who have adopted a collective sense of mission — the willingness to restrict our activities for a time to protect the vulnerable, commitments from governments and private sector to collaborate and speed research on vaccines and treatments, and many small acts of ingenuity, care, and sacrifice. Almost overnight, most of us have had to let go of the old world, commit personally to stopping the spread of disease, and grieve our losses while imagining it’s possible to end this crisis.

What else might be possible if we were willing to change our attitudes toward climate change from the inside out — to treat it like a crisis we intend to solve?