Alittle more than 24 hours after Unit 4 at the Chernobyl nuclear power plant exploded and caught fire in April 1986, three men gathered in front of a pile of sand at a construction site a few miles away. With shovels, they started filling sandbags that the authorities planned to drop from helicopters in an effort to quench, or at least quiet, the nuclear inferno.

But the men sweating over their shovels weren’t construction workers, or laborers of any kind. Far from it: One was a general in the Soviet Air Force, in uniform, and the other two were high-level government officials in business suits. They had been ordered to do the work by the deputy head of the Soviet government, who had come to Chernobyl a few hours before and was angry about the initial response to the accident.

The anecdote is among the most revealing in Serhii Plokhy’s new history of the Chernobyl accident. Relying on official reports (including KGB memos), interviews, and other firsthand accounts, ”Chernobyl: The History of a Nuclear Catastrophe” lays out in devastating detail how the Soviets were vastly unprepared, in ways small and large, for what became the worst disaster in the history of nuclear energy.

The sandbag episode is also one of the book’s many examples of how Soviet officials used a mixture of humiliation, bullying, arrogance, stonewalling, and outright lying in dealing with the catastrophe, treating their own citizens, as well as the international community, with contempt.

The accident in what is now Ukraine released radiation that killed more than two dozen people, caused long-term sickness and some deaths among many thousands more, and contaminated thousands of square miles of land. (While more reactors were damaged in the 2011 Fukushima disaster in Japan, the impact on human health was far less). The Chernobyl disaster was ostensibly the result of a stupefyingly ill-conceived and ill-executed equipment test, in which operators allowed the reactor to become unstable before its power surged out of control, leading to two explosions and a fire that spewed highly radioactive particles into the atmosphere for days. But as Plokhy thoroughly explores, the reactor’s designers and the Soviet bureaucracy were just as culpable, if not more so.

Plokhy is not a scientist — he’s a professor of Ukrainian history at Harvard — so some of his descriptions of the accident, as well as the circumstances leading up to it and the massive cleanup that followed, suffer from a lack of clarity. Early on he appears to confuse nuclear fission (the process in a nuclear plant like Chernobyl) and fusion, and although he correctly distinguishes between the two elsewhere, there are other examples of technical murkiness that detract from the narrative.

Still, he gets the fundamental elements of the disaster right, and they are chilling. The operators of Unit 4, under pressure to conduct the test, do just about everything wrong. When the reactor explodes from the sudden buildup of superheated steam, it kills two workers instantly and condemns most of those in the control room — as well as firefighters who arrived unaware of the dangers — to a much slower, agonizing death from radiation.

Those shellshocked operators were in total denial about what happened, refusing to believe that the reactor could have exploded — to the point where one of the engineers in charge kept ordering that water be pumped into the reactor to cool it, a decision that likely added to the contamination.

Likewise, many of the bureaucrats and technocrats from Moscow who descended on Chernobyl and the neighboring city of Pripyat in the hours after the accident refused at first to accept that the nine-year-old reactor, which they considered a showpiece of Soviet industrial and scientific prowess, could have been so fundamentally flawed. 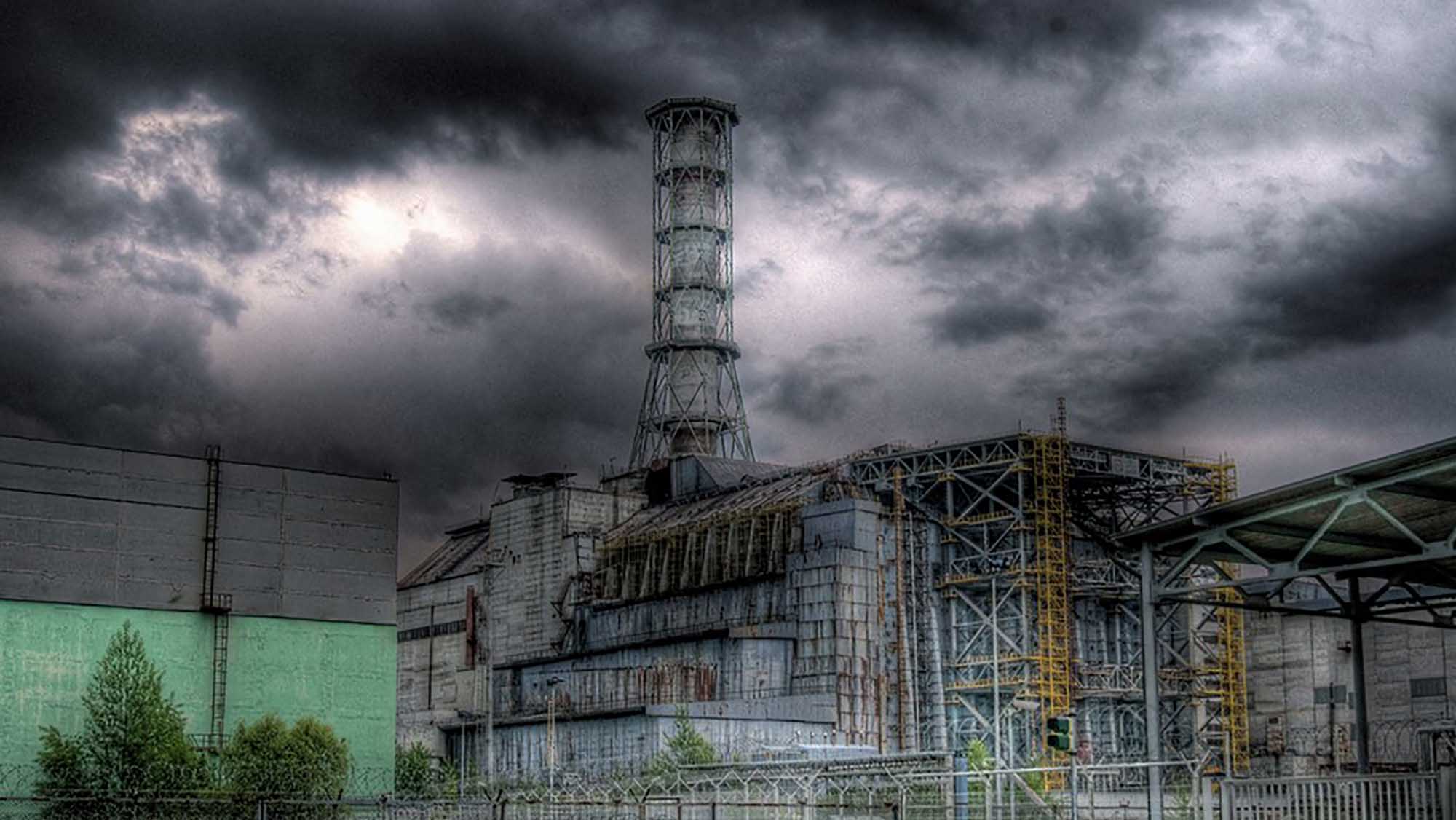 Chernobyl’s destroyed Unit 4 in 2010. A new shelter, financed mostly by the West and designed to last at least a century, is now in place over the remains. Visual: Piotr Andryszczak/Wikimedia Commons

And when everyone came to realize that Unit 4 was indeed destroyed and that radioactive contamination was getting worse, denial was replaced by the Soviet government’s propensity for secrecy. The delayed decision to abandon Pripyat, home to 50,000 people, has been told often, and Plokhy gives it a full recounting here, including descriptions of parents and children enjoying a fine spring day, oblivious to the radiation around them, in the hours before they were told they had to evacuate.

Less well known is the decision to proceed with the annual May Day parade in Kiev, just 75 miles south of Chernobyl, with radiation levels running high in the city of two million. Plokhy provides a riveting account, with none other than Mikhail Gorbachev, the Soviet leader, ordering the parade to go ahead and threatening a Ukraine official with expulsion from the Communist Party if he refused.

Gorbachev, who at the time was becoming a darling of the West for his moves toward openness, comes off rather badly in Plokhy’s telling, more often interested in keeping the situation under wraps than in revealing the truth to his own people. Hans Blix, the former Swedish foreign minister who was then director of the International Atomic Energy Agency, doesn’t fare too well either, offering an overly optimistic assessment of the disaster after a visit to the scene.

Plokhy is at his best in describing these and other episodes in the aftermath of the accident. He’s especially thorough in his analysis of the political unrest in the years that followed, including the rise of an “eco” movement in Ukraine and elsewhere that was often led by writers turned politicians. He draws a clear connection between the Chernobyl accident and the eventual dissolution of the Soviet Union in 1991, and while some historians may argue that the link is not that straightforward, he makes a strong case for it.

The book concludes with a short epilogue about the lingering risks of nuclear power. Plokhy worries about the possibility of future Chernobyls, especially in developing countries, where, he believes, attention to safety and proper procedures might fall short.

Meanwhile, the actual Chernobyl is no longer a threat. The other three reactors at the plant have long been safely shut down, and a gleaming new shelter, financed mostly by the West and designed to last at least a century, is now in place over the remains of Unit 4. Is it possible that the world might someday forget the horrors that unfolded there three decades ago? Books like Plokhy’s should help ensure that that doesn’t happen.

Henry Fountain, a climate reporter at The New York Times, is the author of the 2017 book “The Great Quake: How the Biggest Earthquake in North America Changed Our Understanding of the Planet.”