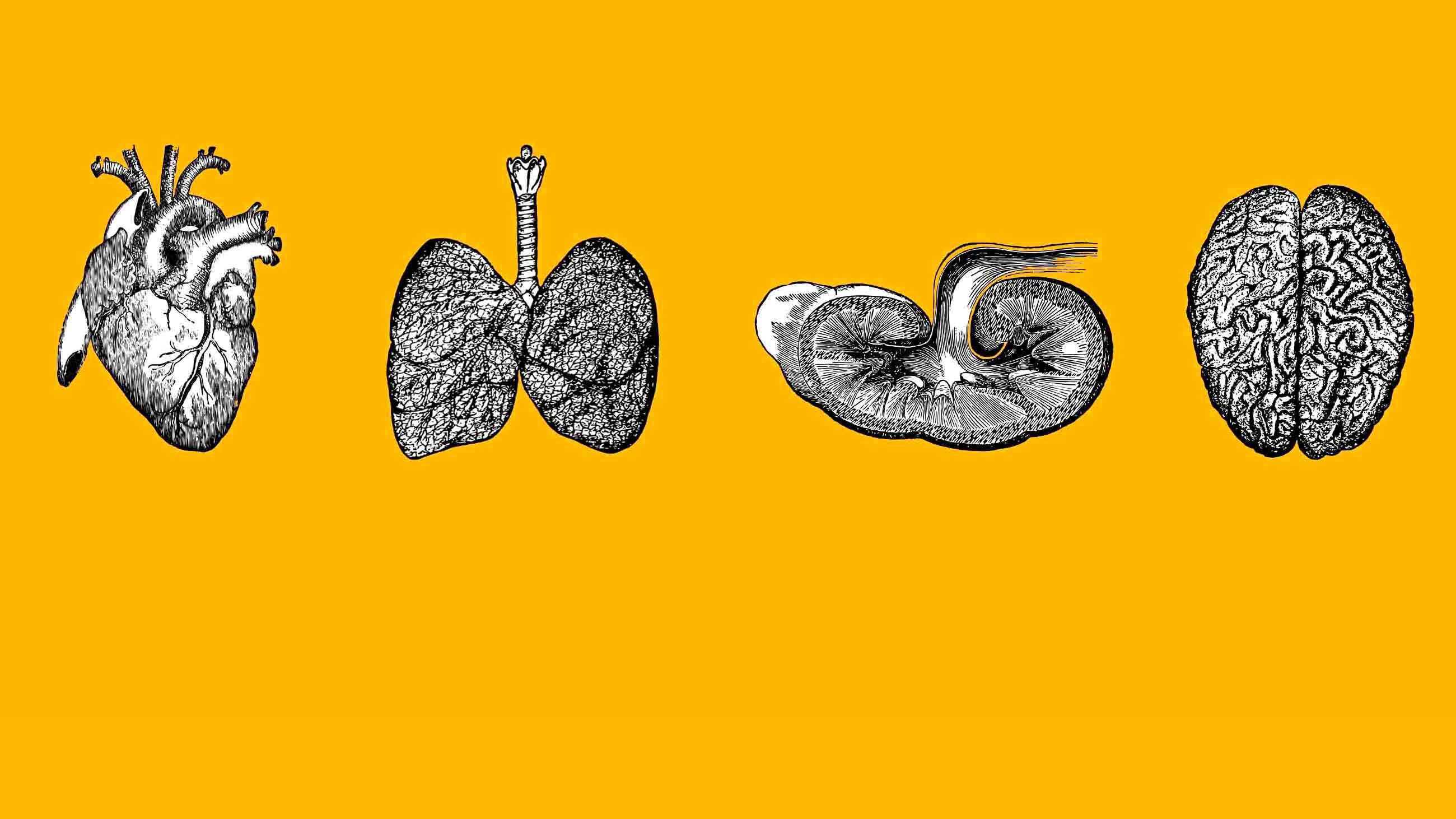 In the United States, the clock is ticking for more than 114,700 adults and children waiting for a donated kidney or other lifesaving organ, and each day, nearly 20 of them die. Researchers are devising a new way to grow human organs inside other animals, but the method raises potentially thorny ethical issues. Other conceivable futuristic techniques sound like dystopian science fiction. As we envision an era of regenerative medicine decades from now, how far is society willing to go to solve the organ shortage crisis? 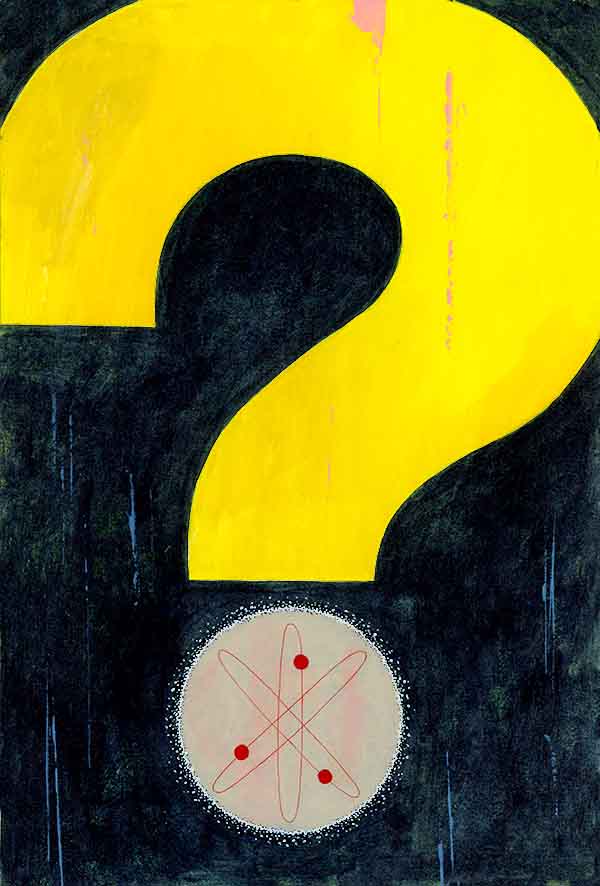 I found myself pondering this question after a discussion about the promises of stem cell technologies veered from the intriguing into the bizarre. I was interviewing bioengineer Zev Gartner, co-director and research coordinator of the Center for Cellular Construction at the University of California, San Francisco, about so-called organoids, tiny clumps of organ-like tissue that can self-assemble from human stem cells in a petri dish. These tissue bits are lending new insights into how our organs form and diseases take root. Some researchers even hope they can nurture organoids into full-sized human kidneys, pancreases, and other organs for transplantation.

Certain organoid experiments have recently set off alarm bells, but when I asked Gartner about it, his radar for moral concerns was focused elsewhere. For him, the “really, really thought-provoking” scenarios involve other emerging stem cell-based techniques for engineering replacement organs for people, he told me. “Like blastocyst complementation,” he said.

Never heard of it? Neither had I. Turns out it’s a powerful new genetic engineering trick that researchers hope to use for growing human organs inside pigs or sheep — organs that could be genetically personalized for transplant patients, in theory avoiding immune-system rejection problems. The science still has many years to go, but if it pans out, it could be one solution to the organ shortage crisis. However, the prospect of creating hybrid animals with human parts and killing them to harvest organs has already raised a slew of ethical questions. In 2015, the National Institutes of Health placed a moratorium on federal funding of this nascent research area while it evaluated and discussed the issues.

As Gartner sees it, the debate over blastocyst complementation research — work that he finds promising — is just one of many conversations that society needs to have about the ethical and social costs and benefits of future technologies for making lifesaving transplant organs. “There’s all these weird ways that we could go about doing this,” he said, with a spectrum of imaginable approaches that includes organoids, interspecies organ farming, and building organs from scratch using 3D bioprinters. But even if it turns out we can produce human organs in these novel ways, the bigger issue, in each technological instance, may be whether we should.

Gartner crystallized things with a downright creepy example: “We know that the best bioreactor for tissues and organs for humans are human beings,” he said. Hypothetically, “the best way to get you a new heart would be to clone you, grow up a copy of yourself, and take the heart out.” Scientists could probably produce a cloned person with the technologies we already have, if money and ethics were of no concern. “But we don’t want to go there, right?” he added in the next breath. “The ethics involved in doing it are not compatible with who we want to be as a society.”

Let’s take a closer look at blastocyst complementation. For starters, it’s worth noting that animal hybrids — including even lab animals that contain human cells or tissues — are not new. These are called interspecies chimeras, colorfully named after a mythological beast, and researchers have long experimented on this front. But the latest big advance unexpectedly came in a 2010 study, when a Japanese team led by geneticist Hiromitsu Nakauchi created mice that were unable to grow their own pancreases. However, when the rodents were still pre-embryos (at the so-called blastocyst stage), the biologists injected pluripotent stem cells from a rat into them. The pluripotent stem cells, which can transform into any cell type of the body, automatically filled in for the missing organ. Presto: The result was mice with functional rat pancreases.

Such were the origins of the chimera organ-making technique, and Nakauchi’s group, today based at Stanford University, along with other research labs, are now setting their sights on producing human organs — by taking pluripotent stem cells that are generated from a person’s skin or blood cells and implanting those into pre-embryos of pigs and sheep.

For some ethicists, human-animal chimeras, on the face of it, simply violate human dignity. Another worry is a small risk that pig-grown organs might transmit deadly swine viruses into the human population, a hazard that begs careful examination. And then there are fears about other unintended consequences. What if, for example, human stem cells inserted into pig pre-embryos form into human sperm or eggs, and the pig and human gametes could fertilize each other? Or what if human cells incorporate into the animals’ brains — could that confer “humanized” thoughts or behaviors? Might the pigs even have freakish human-like external features?

The scientists at the forefront of this research have said that due to biological barriers, these effects shouldn’t happen, and they’re working to build in safeguards to ensure that human stem cells develop only as the desired target organs.

But perhaps the biggest moral considerations have to do with the ever-controversial issue of animal welfare. If a human liver or pancreas doesn’t integrate well into a chimeric pig’s innards, could that cause discomfort or alter the functioning of neighboring organs? Is it ethical to turn pigs into organ factories, bred solely for human purposes? On the latter, animal rights advocates would say no. But as long as it’s societally acceptable to farm pigs for food, some ethicists point out, it’s hard to argue that killing them for medical uses is wrong. “I think in a world in which people still eat animals daily on a mass scale, using them for organ creation is maybe more ethical than eating them,” David Shaw, a Scottish philosopher at Maastricht University in the Netherlands, told me.

Of course, in the broader picture, once you start looking at using pigs as organ banks, other conceivable scenarios come up — and, like Gartner at UCSF suggested, each may present its own moral can of worms.

Would monkeys or even chimpanzees, our closest evolutionary relatives, provide better hosts for human organs? And if it’s wrong to use non-human primates to such ends, what if, as Shaw and a few other creative thinkers have speculated, it were someday possible to knock out a few key brain-development genes to create a “brainless” host body? Theoretically, there would be no ethical objection to using brainless bodies of humans (or other primates) as organ farms, Shaw told me, since such entities wouldn’t be “persons” capable of experiencing consciousness, sentience or suffering. Indeed, an edgy blog post by two other academics discussed the hypothetical alternative of farming organs in brainless humans that are gestated in external artificial “wombs.”

If dystopian scenes from “The Matrix” leap to mind, you’re not alone. Still, what sounds crazy now might not seem crazy in 30 years. Who knows? Once upon a time, IVF was an alarming and distasteful or sacrilegious notion to many people, yet today, almost no one blinks an eye at test-tube babies.

In August 2016, nine months after holding a fall 2015 workshop to review the concerns about blastocyst complementation research, the NIH announced its intention to lift its funding ban — pending a proposed update to its policy restrictions on funding of stem cell science. That proposal drew more than 21,000 public comments, most of them against creating human-animal chimeras; some commenters called the work “immoral” and “disgusting,” akin to creating Frankenstein’s monsters.

With the arrival of the Trump administration, the proposal has stalled, and the federal funding moratorium remains in place. Still, the research continues. But public sensitivities — such as those expressed in the feedback to the NIH — may be the ultimate barrier for radical organ-farming technologies, ethicists say. That’s why starting a public conversation sooner, rather than later, to explain and discuss their potential benefits and costs for society is probably a good idea.

“It’s important to listen to those concerns and to think about them really carefully and to address them,” Jonathan Kimmelman, a bioethicist at McGill University in Montreal, Canada, told me. It’s also important for people to realize that it usually takes years to decades for a new concept at the lab bench to reach medical clinics — and by then, the clinical application often looks quite different than the original idea, he added. Ideally, researchers should engage with the public “not after the science has developed, but as the science, or even before the science and applications, are developing.”

In the meantime, Shaw, the philosopher, pointed out that expensive new organ-growing technologies will likely be affordable only to the rich. So he suggests that perhaps we can put speculations aside and make a greater effort to increase the supply of donor organs in the here and now, even if they don’t provide perfect matches for recipients.

“If everyone registered as an organ donor and spoke to their families and told them they wanted to be organ donors,” he told me, “we probably wouldn’t be having this conversation.”