The scenario is fictional, but the problem is all too real: A group of scientists is conducting research deep in the Andes Mountains. One night, after the team has fallen asleep in their tents, a student on the trip wakes up a colleague, crying: The student has been sexually assaulted by another member of the expedition.

The perpetrator has the only set of keys to the expedition’s vehicle, as well as the satellite phone — the only link to the outside world. There are three weeks left in the trip. How should the colleague respond?

“People have no clue what to do,” said Melissa Cronin. A marine conservation ecologist, Cronin is also the director of Building a Better Fieldwork Future, an initiative offering sexual harassment trainings for scientific teams that do fieldwork. While the workshops include some material that is more typical of any workplace sexual misconduct training, in a BBFF workshop, participants also discuss how to respond to situations they could encounter while doing research in remote areas — including the worst-case scenario in the Andes. 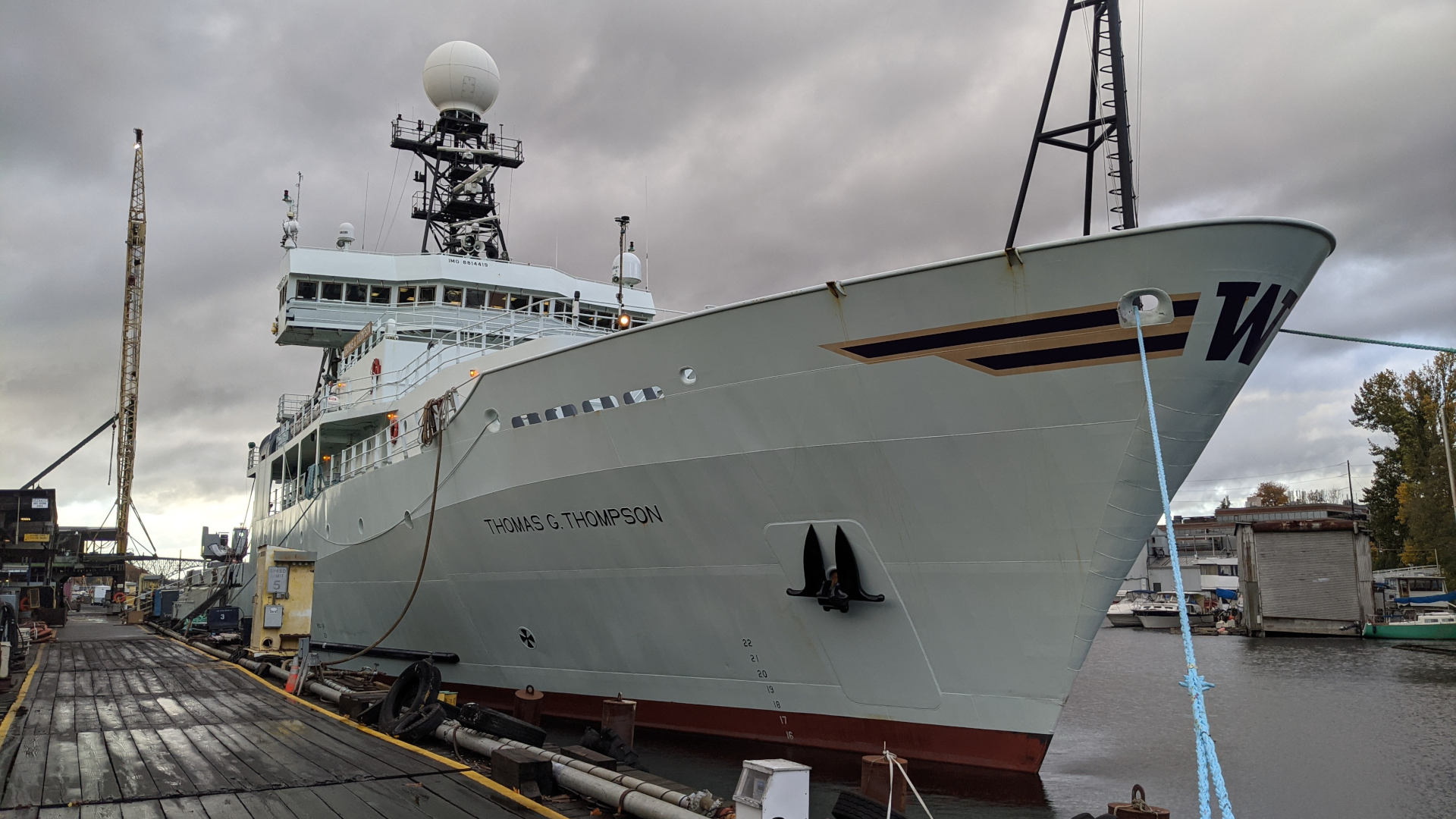 An Ocean Science Cruise and a Sea of Allegations

Most incidents are never reported. Sometimes, though, they make headlines. Last year, for example, a BuzzFeed News investigation uncovered a pattern of sexual harassment and assault at the Smithsonian Tropical Research Institute, an iconic research station in Panama. And just this past August, the National Science Foundation released a report documenting widespread harassment and assault at its Antarctic research stations. “Every woman I knew down there had an assault or harassment experience that had occurred on ice,” one interviewee told the investigators.

BBFF aims to help address the problem with 90-minute workshops, tailored to the distinctive conditions that scientists encounter when conducting research in remote areas. Since launching in 2018, the group has conducted more than 300 trainings and reached more than 5,000 participants, according to BBFF’s internal figures. Currently housed at the University of California, Santa Cruz, the project will relaunch later this year as an independent company with a full-time CEO — mostly to keep up with the intense demand, Cronin said.

How much such sessions can achieve, though, remains an open question. Experts in sexual harassment prevention have long cautioned that some kinds of training can have limited effect — and may sometimes do nothing at all. And rigorously evaluating the impact of trainings is difficult.

Still, the BBFF team argues, their workshops have a role to play — if only to help focus attention on a chronic problem.

“I see our program as part of an arsenal of tools that we can use to address this huge problem,” Cronin said. “It’s certainly not a panacea. Training won’t fix it all.

But I think it’s a really great way to build momentum and build community around prevention.”

In 2013, a group of researchers circulated a survey on sexual harassment and assault to hundreds of field scientists. The results were sobering: 64 percent reported experiencing sexual harassment while working in the field. And more than one-quarter of the women surveyed said they had experienced sexual assault, defined as any unwanted sexual contact.

“If people had been paying attention to sexual harassment researchers for the last 30 years, nothing we said would have been remotely new,” said Kathryn Clancy, an anthropologist at the University of Illinois Urbana-Champaign and one of the authors of the paper.

Instead, the report was a bombshell: Widely covered in the media, it seemingly helped encourage the National Academies of Science, Engineering, and Medicine to launch a project on combatting sexual harassment in academia.

Not all field sites are toxic workplaces, but experts say the pattern is clear: Sexual harassment and assault are widespread in the field.

Clancy and others say that certain features of scientific communities can enable harassment and assault. Laboratories are often hierarchical, with junior scientists working long hours for little pay, as they compete for a small pool of high-status jobs. Meanwhile, a handful of senior scientists — in most fields, disproportionately male — wield tremendous power over the careers of their apprentices. “When things are oriented more hierarchically, when the incentive structures incentivize selfishness — like productivity and performance centered around a single person — you are more likely to see these types of things,” said Clancy.

Those dynamics, some researchers say, can be magnified during fieldwork. “You’re often there 24/7,” said Erika Zavaleta, an ecologist at UC-Santa Cruz. “The boundaries between work and regular life, they kind of go away.”

Zavaleta has spent much of her research and teaching career promoting diversity in field science. On January 21, 2017 — the day of the Women’s March protests — she found herself on the campus of the University of Tennessee, in Knoxville. She had been asked to give a talk about women in science. Instead, she opened up the floor: What did people want to talk about?

The experience stuck with her. Soon after, she put together a meeting with about half a dozen people, including Cronin, who was then pursuing her Ph.D. at UC-Santa Cruz. Building on the ideas that came up in that meeting, Zavaleta and Cronin began developing a workshop specifically for teams heading out into the field. (They were joined by another UC-Santa Cruz colleague, ecologist Roxanne Beltran, and received funding from the Henry David Thoreau Foundation.)

The process required them to rethink some of the standard fare of workplace sexual harassment trainings. For example, Cronin said, other workshops may be able to refer participants to other resources, like a Title IX office, that simply may not be accessible in the field. Field scientists also have to consider logistical issues — like sleeping arrangements, or evacuation plans — that may not be a problem in a typical office.

The group also began to build a library of scenarios that they could use during trainings, and that reflected the kinds of situations people might encounter in the field. (That part was easy, said Zavaleta: “Every single one of us had several from our own experience.”)

One afternoon in August, Cronin offered a training for Douglas Rasher’s lab group at the Bigelow Laboratory for Ocean Sciences, in Maine. Rasher is a marine ecologist, and his lab often works in remote locations in the Gulf of Maine, studying kelp forests.

Cronin conducted the 90-minute training for Rasher, three of his graduate students, and a staff member. The session, held on Zoom, covered the definitions of harassment and assault, and Cronin reviewed reporting requirements for incidents.

But the group also went into breakout rooms to discuss how best to deal with scenarios — one involving unwelcome contact in a tent; another detailing a dicey situation on a research vessel; the Andes crisis. The training also focused heavily on preventative logistics: steps that expeditions can take to set out clear boundaries and codes of conduct ahead of time.

In a phone conversation the next week, Rasher reflected on the training. One of his key takeaways, he said, “was that there’s a lot you can do ahead of time, in your planning for field expeditions, that can really have a specific impact on avoiding particular scenarios that might lead to sexual harassment or abuse.”

“I don’t think I really appreciated that before this training,” he added.

The BBFF training is aimed at changing workplace climate. “The goal of our training is to empower participants to set positive climates in their field settings,” said Cronin.

But assessing the efficacy of trainings like these can be difficult. “Unfortunately, there’s a lot of difficulties in conducting this area of research. So I will say that our understanding is still relatively limited,” said Ho Kwan Cheung, an industrial-organizational psychologist and workplace discrimination expert at the University of Calgary.

According to Cheung, interactive trainings are better, especially those that focus on helping bystanders build the skills to intervene effectively in bad situations. Still, Cheung cautions, there are limits. “Training alone rarely works,” she said, “because it’s not supposed to be a one-off thing.”

Elissa Perry, an industrial-organizational psychologist at Columbia University Teachers College, echoed that point. Training, she said, “has to be used in combination with other efforts, because in and of itself, the best designed training is really not going to be effective.” Organizations sometimes treat trainings like a hammer, she said — a relatively easy-to-deploy tool that can be swung at any problem. Doing so, she warned, can gloss over deeper structural problems that require other, perhaps more intensive interventions.

After hearing details about BBFF training, Cheung praised certain elements of the model, including the use of interactive breakout sessions. “I also really like the idea of preventative measures, and really setting the norms,” she said. Perry emphasized that a workshop, by itself, was unlikely to change workplace climate. “If the goal is to change the climate and what it’s like to work here, training is one piece,” she said. “But again, there are other pieces that are also really important.”

Research on trainings also suggests that a minimum of four hours is important to meet those goals.

Cronin acknowledged that a 90-minute workshop has limits, and said she agrees that trainings needed to be used alongside other interventions: “Training has to, has to, has to be paired with top-down changes, including really strong sexual harassment and assault policy, including zero tolerance, discipline, and enforcement of those policies.” As for the length, she said, “honestly, it is purely a logistical trade off, which is related to what institutions, and what participants, will participate in.”

“The goal of our training is to empower participants to set positive climates in their field settings,” said Cronin.

The organization is currently working on a study to evaluate the impact — and, if necessary, adjust course. Early evidence, Cronin said, suggests that the trainings do leave participants feeling more confident in their ability to prevent sexual harassment and assault in the field, and to intervene in incidents when they occur.

In emails to Undark, Perry wrote that those kinds of self-reported results can signal “something about an individual’s intention (and perceived ability) to apply what was learned,” but also noted that they have limits: “Intentions are decent but not perfect predictors of behavior.”

There are signs that the federal government is planning to put more resources into studying and preventing sexual harassment in science. The CHIPS and Science Act, the nearly-$250 billion legislation signed by President Joe Biden in August, includes more than $32 million “to advance the understanding of sexual harassment in the STEM workforce and develop effective interventions to reduce the incidence and negative consequences of such harassment,” according to a Congressional summary of the bill.

For now, the BBFF program is continuing to grow. The organization has offered trainings for the Smithsonian Tropical Research Institute. They’re continuing to train new facilitators, who can then implement workshops at their own institutions. Recently, they offered sessions for hundreds of staff members at the California Department of Fish and Wildlife.

“We hope that it’s just building this movement,” Cronin said, “where folks can take the expectation that they’re entering a field that won’t harass them, that won’t exclude them, because of their identity.”