By many measures, John Ioannidis is a lion of medical science. The Stanford University professor is the author of some of the most cited journal articles in medical history. His research in statistics and biomedicine has arguably changed the practice of medicine. A 2010 article in The Atlantic said “Ioannidis may be one of the most influential scientists alive.” And you would never know any of this from reading comments about him today.

It started on March 17, when Ioannidis published an opinion essay in STAT saying that the data on Covid-19 were not sufficient to know the disease’s true prevalence and fatality rate. He also argued that scientists were in the dark with respect to which distancing and lockdown measures work, which don’t, and what the measures’ downstream harms might be. All of which was true — even if his very early estimate that as few as 10,000 might die in the U.S. turned out to be wrong. Ioannidis went on to say that preventing people from working or leaving their homes could cause more harm than the virus itself.

It was this last bit that set off the firestorm of criticism. A typical comment on Twitter came from Richard Ebright, a professor of chemistry and chemical biology at Rutgers University, who called the essay “content-free, logic-free drivel.” For detractors, Ioannidis’ argument that the data on both the virus and lockdowns were insufficient was tantamount to saying, “Do nothing.” 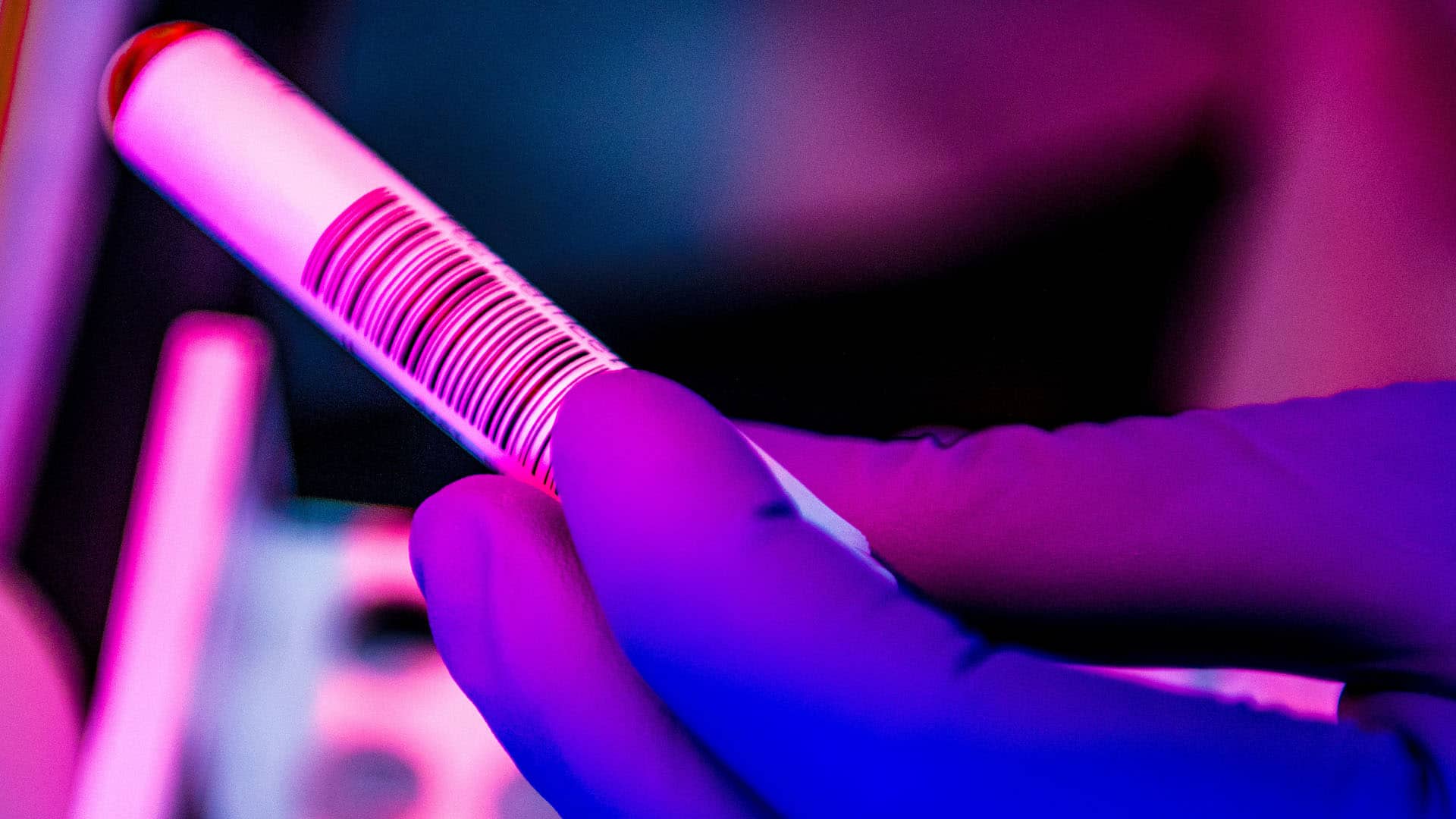 As swift and punishing as the reaction was, it was perhaps unsurprising. Science can be a rough and tumble arena, where researchers sling arguments at one another with abandon. They routinely criticize one another’s methods, statistical analyses, and conclusions. And in this case, the stakes were extraordinarily high. One early estimate suggested that 2.2 million people in the U.S. alone would die if Covid-19 was left unchecked.

But the attacks on Ioannidis from the medical community and the popular press are different. They are tinged with partisanship, with each side appearing to embrace the math that serves their political allegiances. Ordinarily sober-minded researchers have attacked Ioannidis’ methods with hyperbolic and emotional arguments that suggest it’s not so much his science but his questions that they dislike.

In politicizing Ioannidis’ work, both the left and the right have failed to understand or acknowledge the critical questions he is raising. In doing so, they impede our ability as a nation to respond in a way that minimizes deaths, not just from the disease, but from our reaction to it.

From the beginning of the pandemic, there has been uncertainty surrounding two crucial pieces of information about Covid-19: its prevalence, or the percentage of the population infected with the disease; and its infection fatality rate, the percentage of infected people who die. Many early estimates placed that rate at around 1 percent, roughly 10 times deadlier than the seasonal flu.

In April, a couple of weeks after Ioannidis’ essay appeared in STAT, he and 16 other researchers conducted a study in Santa Clara County, California, to better define the infection fatality rate. The researchers tested the blood of 3,330 participants and found that 50 had antibodies to Covid-19, indicating that they had been infected with the virus — many of them without even knowing it. This finding suggested that the prevalence of Covid-19 in Santa Clara County was far higher than official counts indicated, and that the infection fatality rate was therefore much lower than previously feared, only around 0.17 percent. (The original version of the manuscript gave the fatality rate as ranging between 0.12 and 0.2 percent.) It followed that extended lockdowns might not be the best approach to controlling harm from the virus.

Ordinarily sober-minded researchers have attacked Ioannidis’ methods with hyperbolic and emotional arguments that suggest it’s not so much his science but his questions that they dislike.

Some critics suggested the Stanford researchers had biased the study toward finding a high prevalence, to justify Ioannidis’ argument that the initial estimates of fatality rates were inflated. Other critics said the antibody test used in the Santa Clara study was so unreliable that it was possible none of the 50 participants who tested positive had actually been infected. This, despite the fact that almost all surveys to date suffer similar test-reliability problems in low-prevalence areas.

Still others argued that the Stanford team’s decision to recruit subjects through Facebook possibly skewed the sample group toward healthier and wealthier individuals, though there was hardly a peep of criticism for a New York State survey that recruited test subjects at grocery stores and shops or a Los Angeles County study that skewed toward the rich.

The Santa Clara study caught on in the popular press, where opinion-makers and reporters quickly took sides. The right-leaning press was quick to embrace the idea that the threat of the pandemic had been exaggerated. Ioannidis earned praise in the National Review. The DailyWire.com, a right-wing news and opinion website, pronounced that liberals had been “continuing to gaslight” the public with inflated pandemic numbers and called for an end to “dystopian” lockdowns. Fox News’ Laura Ingraham, a conservative firebrand, had Ioannidis on her show.

On the left, The Nation published an article calling Ioannidis’ work a “black mark” on Stanford University. The source of the Nation’s ire was an article in left-leaning media outlet BuzzFeed News, by Stephanie Lee, suggesting that Ioannidis had failed to disclose a potential conflict of interest in the Stanford study. Wrote Lee, “Ioannidis and his coauthors did not disclose that the study was funded in part by [David] Neeleman,” whose company JetBlue potentially stood to benefit from research indicating that the threat of Covid-19 had been overestimated. Quoting from the anonymous whistleblower complaint, Lee wrote, “Concern that the authors were affected by a severe conflict of interest is unavoidable.” With that accusation, even some longtime medical allies of Ioannidis began to scatter.

But it turned out that the backlash was missing crucial context. Neeleman did indeed make a $5,000 donation to the study, but it was placed by Stanford in an anonymous fund that the university says was created to ensure the independence of researchers. Ioannidis told us that he only learned of the $5,000 donation when the article in BuzzFeed appeared. He said, “I and many others invested our time and effort to the project entirely for free.” Although Eran Bendavid, the study’s lead investigator, says he did correspond with Neeleman while the work was ongoing, he told us he only learned of Neeleman’s donation from an email from the Stanford development office. That email, which he shared with us, was dated April 15, one day after the study had been completed and submitted for publication on the MedRxiv preprint server.

Attacks on Ioannidis came early and often. Just days after the study published, Columbia University statistician Andrew Gelman wrote that Ioannidis and his co-authors “owe an apology not just to us, but to Stanford.” And in May, YouTube pulled one of Ioannidis’ interviews, saying that it contained “medical misinformation.” Despite numerous queries, neither YouTube nor its parent company, Google, has revealed which part of the interview could be construed as misinformation.

The politicization of medicine and science is nothing new. But some people seem to think this tribalism is owned by the political right — that the rightwing leverages science as propaganda, while the left engages in “discussion and debate.” But in the case of Ioannidis, the nuance has been lost on both sides.

Ioannidis’ views on lockdowns, far from aligning with a Trumpian desire to benefit Wall Street, are consistent with his longstanding body of work, which has regularly pointed out how researchers often downplay or ignore the harms of medical interventions. As he wrote to a private list of doctors and researchers, “Locking ourselves in our beautiful mansions and continuing with our videoconferences practically does nothing for nursing homes and chronically badly prepared hospitals . . . It also kills the poor, the disadvantaged . . .” He has cautioned that protracted lockdown will cause starvation, violence, poverty, and deaths that could exceed the number of lives saved by avoiding Covid-19 infections.

He’s not alone in these concerns. The World Food Program estimates that 265 million people worldwide could face hunger and starvation due to lockdown-related disruptions in the food supply. Business writer Tom Keane suggests, based on a study linking death rates to unemployment, that pandemic-related job losses in the U.S. alone could translate to an extra 815,000 deaths over the next 10 to 17 years.

Ioannidis’ views on lockdowns, far from aligning with a Trumpian desire to benefit Wall Street, are consistent with his longstanding body of work.

Ioannidis will almost certainly emerge from this imbroglio with his reputation as a rigorous researcher restored, but the level of vitriol being aimed at his work is causing others in the medical community to self-censor, as a number of doctors and researchers have acknowledged to us. This is the worst possible outcome during a pandemic when there is so much yet to be learned.

Ioannidis, right or wrong, has raised difficult questions, in the best tradition of science. Silencing him is an enormous risk to take.

DISCLOSURE: Both authors of this op-ed, Jeanne Lenzer and Shannon Brownlee, have previously co-authored published work with the subject of the piece, John Ioannidis.

UPDATES: An earlier version of this article incorrectly implied that a critique of John Ioannidis’ work by Columbia University statistician Andrew Gelman was published after other critical articles had appeared in the popular press, including two articles published in mid-May by Buzzfeed and The Nation. Gelman’s critique, published on a Columbia University blog devoted to statistical modeling and social science, appeared on April 19. The story has been updated. Further, an earlier update to this piece noted that Jeanne Lenzer had co-published with Ioanndis. In fact, both authors of this op-ed, Jeanne Lenzer and Shannon Brownlee, have previously co-authored published work with the subject of the piece, John Ioannidis. These collaborations should have been disclosed at the time of initial publication.

Jeanne Lenzer is a medical investigative journalist and the author of “The Danger Within Us: America’s Untested, Unregulated Medical Device Industry and One Man’s Battle to Survive It.” Shannon Brownlee, MSc, is senior vice president of the Lown Institute, a nonpartisan health care think tank based in Boston, and author of “Overtreated: Why Too Much Medicine is Making Us Sicker and Poorer.” She is a former member of the Undark advisory board.